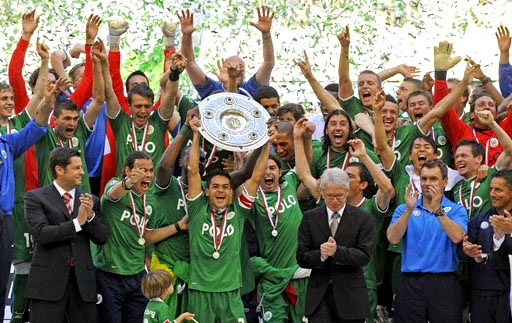 The 2008-09 Bundesliga season may have been the last impressive campaign for both the club and their (then) manager Felix Magath, who coincidentaly just fot sacked as the manager of Fulham FC as I am writing this piece.

The German "dictator" left VfL Wolfsburg after their title winning year to join Schelke, then come back to Wolfsburg and was up until today the coach of Fulham, a club he first could not manage to keep up in the English Premier League last season, and now is sitting at the bottom of the English second tier with just 1 point out of a possible 21.

VfL Wolfsburg has also been a lot less impressive since that incredible season, finishing in 8th place the following year, 15th in 2010-11 (just 4 points clear of automatic relegation), with their highest finish since 2008-09 coming last year when they finished 5th in the league.

But the 2008-09 season was one that Die Wölfe fans will never forget. The Volkswagen arena was on its feet from the very first match of the year with a 2-1 win over FC Köln, to the last fixture of the year when the home club thrashed Werder Bremen by  final score of 5-1 and was crowned German's champions for the first time in its 64 year history.

With the arrival of some talented footballers such as Portuguese Ricardo Costa, Bosnian forward Edin Džeko and Swiss goalkeeper Diego Benaglio a year earlier, and the additions of Italian center-back Andrea Barzagli and Japanese midfielder Makoto Hasebe, Wolfsburg was due to have a pretty good season.

But aside from the scoring touch of now Manchester City striker Džeko who managed to score twenty-six times that year, it was Brazilian forward Grafite who lit the Bundesliga with his twenty-eight goals being the most in the German top tier that year. 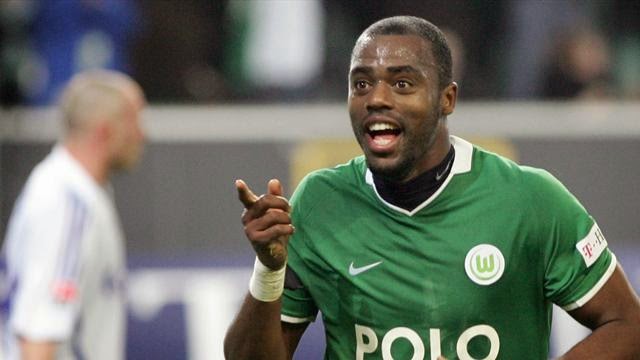 Under Magath, Wolfsburg enjoyed an incredible home form in 2008-09, winning every league home match but one, a 2-2 draw with Eintracht Frankfurt. This amazing home record ended up being one of the most crucial ingredients for Wolfsburg's title, as the Wolves only managed to win 5 matches on the road, while drawing also on five occasions and losing seven times.

Wolfsburg was a "free-scoring" club that year, handing out heavy defeats to their opponents on a few occasions. Early in the season they defeated Hamburg by a score of 3-0. In the months of October and November Wolfsburg played at home 4 times, winning every match by a 3 goal differential, but managing just two points out of their 5 road matches in the same time-frame.

From early February to late April, Wolfsburg enjoyed their most impressive run of the year with 10 straight wins. The standout matches from those ten were the entertaining 4-3 win over Schalke, in which Grafite scored a hat-trick and of course the 5-1 thrashing of defending champions Bayern Munich, in which both Brazilian striker Grafite and Bosnian Edin Džeko scored twice each to humiliate Germany's biggest club.

At the end it all came down to the very last match of the season. While Wolfsburg was sitting in first place, they were just two points above both Bayern Munich and VfB Stuttgart, with those two clubs scheduled to play one another in their last match of the season. This meant that with either one of them winning, and a Wolfsburg loss to Bremen, the Wolveswould see their championship dreams vanish on the last day of competition.

This year however, VfL Wolfsburg would not lose at home, and after a 5-1 win over Werder Bremen, Bayern Munich's 2-1 victory over Stuttgart had no meaning to the Wolfsburg fans who were celebrating the very first league championship in their club's history. 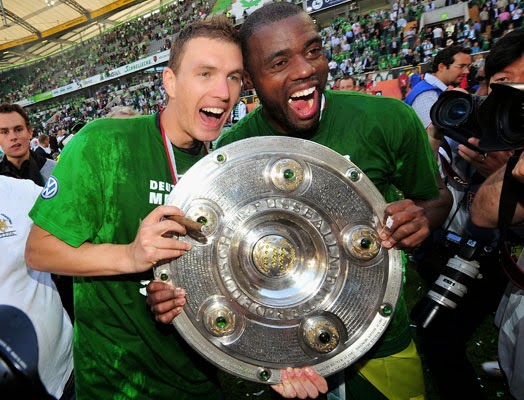