Any Given Sunday: Casillas Last Hurrah? 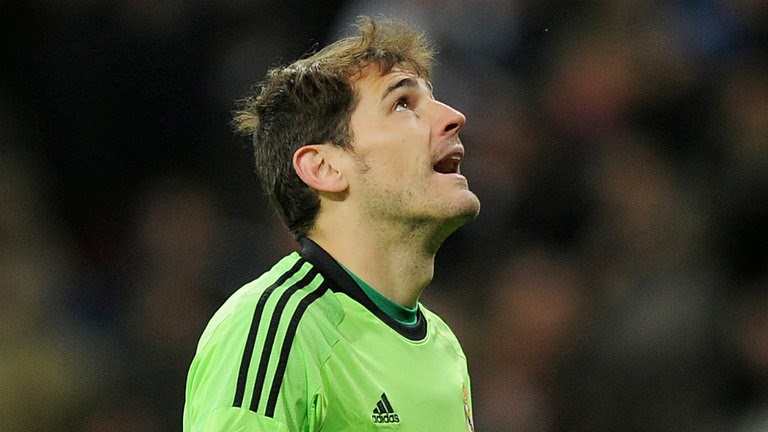 Is Casillas time at Real Madrid coming to an end?

This is a question on many minds, perhaps even on his own mind. The 33 year old Spanish international has played his entire professional career with Real Madrid and is without a doubt one of the most iconic Real Madrid players, but questions about his effectiveness have come to light since the time Jose Mourinho was in charge of the team.

To a certain degree you can even say that Mourinho was the person that first brought this issue to the forefront when he decided to drop Casillas from the starting lineup in favor of Diego Lopez. At the time some believed that this was done not because Casillas skills were diminishing but because there were issues between player and coach. A couple of years removed from that time and Mourinho’s decision is starting to look more like a good managerial decision and less of a personal vendetta against the player.

This year Real Madrid tried to put the unrest to an end when they offloaded Diego Lopez to AC Milan. The team still needed a second keeper, so Real Madrid went out and signed one of the most outstanding players in this summer’s World Cup, Keylor Navas. This move could have been done with two goals in mind, one giving Casillas a chance to regain his spot while not having to deal with the ghost of Lopez and the other securing a world class goalkeeper incase a decision to part ways with Casillas is forced on them. If that was the plan, than all the pieces may be falling in place.

Casillas was less than stellar with his national team at the World Cup, and so far this season his performances have not been without criticism. Which begs the question, are his days at Real Madrid coming to an end? I think they are, he has lost his mojo and you cannot live on the glories of the past but rather what the player can give you now. I am not sure what happened and when it happened but to me the Casillas we are watching now is not the Casillas of old. It isn’t even the fact that he is 33 years old, he has just lost something, maybe his confidence, I am not sure, but he is not at a level needed when you are the Real Madrid keeper.

This will be a difficult situation to handle by both player and team, similar to the situation they were faced when Raul left the club, perhaps even more difficult. Reports are surfacing that Arsenal would be interested in Casillas to upgrade their goalkeeper position. That is perhaps one team where Casillas could be successful, compete for titles and still be playing in one of the best leagues in the world. This would be a move that would not be considered as much of a step down as perhaps playing in MLS or for a mid-table team in any of the major European leagues. There aren’t many top flight teams looking for a keeper, ask Petr Cech, so if Arsenal is interested this could be the best way out of a situation that has a tendency to become even more intolerable, and both parties can save face doing it. 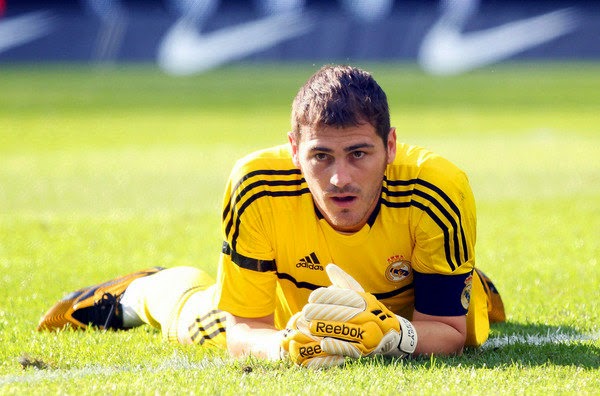