Throwback Thursday - 5 Youngest Footballers to Score in EPL (With Videos) 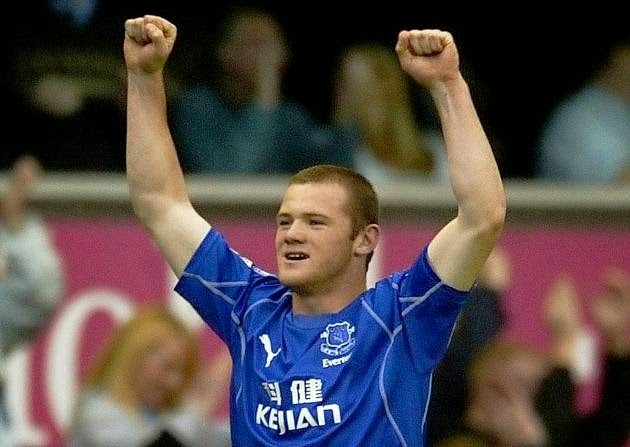 In most cases we here at FootyFair try to relate our stories to something that is currently happening in the world of football. But on some occasions our weird minds wonder off path and we end up with pieces like this one. Basically, I was thinking about Wayne Rooney for some reason, and not even the EPL Wayne Rooney, but the England Rooney. That train of thought made me remember his first ever goal for Everton, and the rest as they say is history.

For absolutely no good reason to think of, I present to you the 5 youngest footballers to score in the English Premier League.

Owen is the fifth youngest on our list of EPL scorers and he achieved this in a match against Wimbledon on the 6th of May, 1997. Michael Owen was just 17 years and 148 days when he slotted the ball after coming on as a substitute in his very debut for The Reds at Selhurst Park. You can fast forward to the 12:25 minute mark to see the build-up and Owen's goal. (Or perhaps you can watch the whole video and see David James make some wonderful saves for Liverpool and Vinnie Jones play for The Dons)

OK, so it's not the most glamorous goal. As a matter of fact Cesc's goal was nothing but a very easy tap-in, but nonetheless he was 17 years and 118 days old when he scored his first goal for The Gunners against Wolverhampton on 25th of August, 2004. Aside from the funny looking baggy kit on Fabregas, it is also a bit weird to see him wear the number 57 on his back.

The goal that got this idea in my head to begin with, and this one is a beauty. Just one day before his 17th birthday, Rooney decided to get himself an early gift by becoming (at the time) the youngest player to have scored in the EPL. Rooney's goal against Arsenal on the 19th of October, 2002 was not only record breaking, it was also beautiful. And if nothing else, if it wasn't for this specific goal you wouldn't be reading this list right now...probably.

Now I'm not sure whether the EPL cameramen crews were shopping on this particular Boxing Day in 2002 instead of taping this record breaking match, but for whatever reason we cannot seem to find Milner's first ever goal. Instead, after I finish describing his phenomenal achievement, I will entertain you with his second ever goal, because apparently that one is much easier to find. In any case, just two months after Rooney's great feat James Milner broke his record against Sunderland when he scored at the age of 16 years and 360 days. For those of you who are math challanged, that's four days younger than Rooney. And now...for Milner's second ever goal.

At 16 years and 274 days old, James Vaughan made his senior debut for Everton against Crystal Palace to a standing ovation in Goodison Park on April 10, 2005. 11 minutes later, Vaughan became the youngest goal-scorer in EPL history when he netted his first goal. Unfortunately, Everton's "hero" on that day would only go on to score seven times for The Toffees and is now playing for Huddersfield Town.