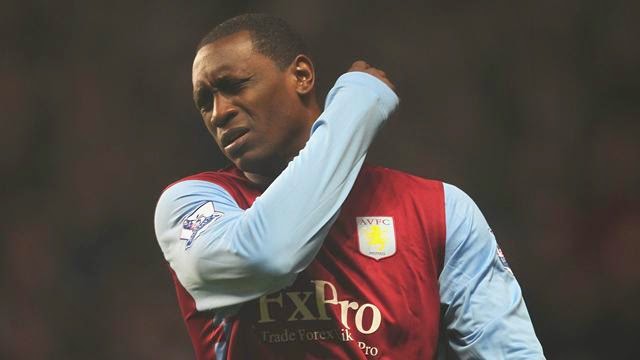 There have been news floating around that 36 year old Emile Heskey is about to join Championship side Bolton Wanderers as part of the club's crisis signings due to their ever injured front line. But although the former England national has had some respectable days with Liverpool, Leicester City and the Three Lions, I remember usually remember Heskey for his numerous terrible miss-kicks in front of goal. So today, just because I feel like it and just because I can (because it's my birthday), I give you Emile Heskeys worst misses in front of goal. Enjoy

Probably one of his most famous misses with Aston Villa

One of few with Newcastle Jets in the A-League


Just blame the crossbar Emile, that's what we do in our pub league


This one is perhaps is worst one ever, again with Newcastle in Australia


His misses are bad even in video games