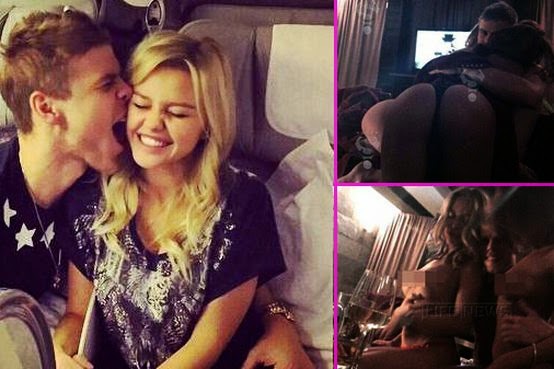 Alexandr Kokorin, the 23 year old Russian forward from Dynamo Moscow and Russian international has been caught in one of Russia biggest footballing scandals. No it doesn’t involve match fixing or drugs, instead it involves strippers.

To add fuel to the fire on the same day the pictures of him with strippers leaked on the internet he had posted a romantic picture of him with his girlfriend, as they returned from Dubai where they enjoyed a mini vacation. It looks like he went double dipping and enjoyed the vacation a bit more than his girlfriend.