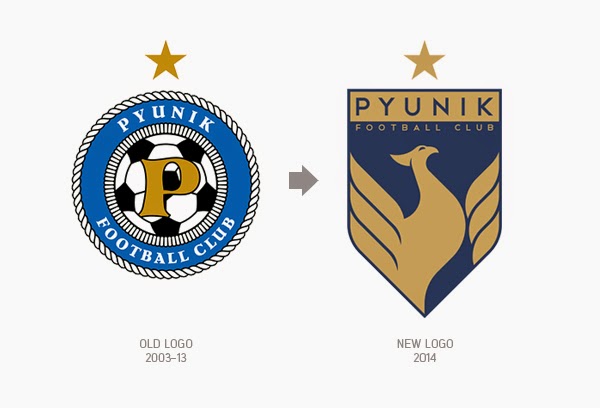 Originally founded as Homenetmen Yerevan, the very successful Armenian club was renamed to FC Pyunik in 1995 and has been begging for a re-design ever since. "Pyunik" is the Armenian word for phoenix, and the old logo (cover photo) was simply not doing it justice.

Recently, the club has actually redesigned their club crest, but I believe this concept by designer Mushegh Ghulyan from Yerevan, Armenia deserves more praise than the one currently being actually used by the club.

The club has implemented what looks like a double-headed eagle/falcon/pigeon (above), but Mushegh Ghulyan's concept below really stands out and does justice to good design and to the club's name.
Ghulyan's concept keeps the club's color combination, but makes it stand out by combining bolder shades of blue and gold. The typography and the phoenix itself look sharp while keeping a nice clean look. 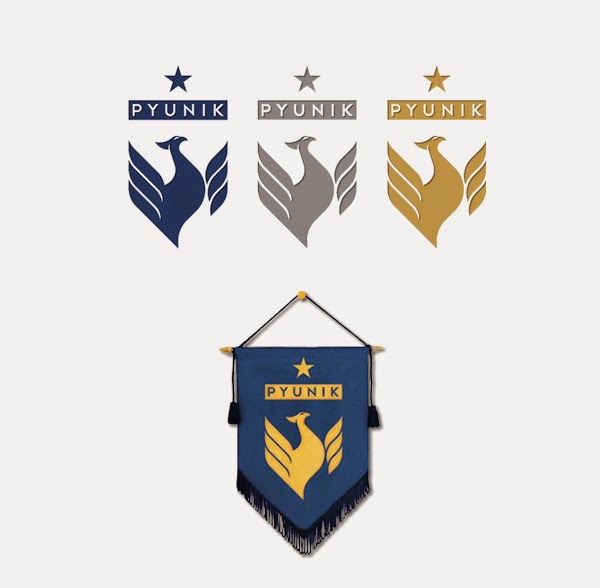 Ghulyan shows how the crest can be implemented on product and in single colors (above), and he has also created a kit concept, although perhaps a bit too busy to my personal liking (below). 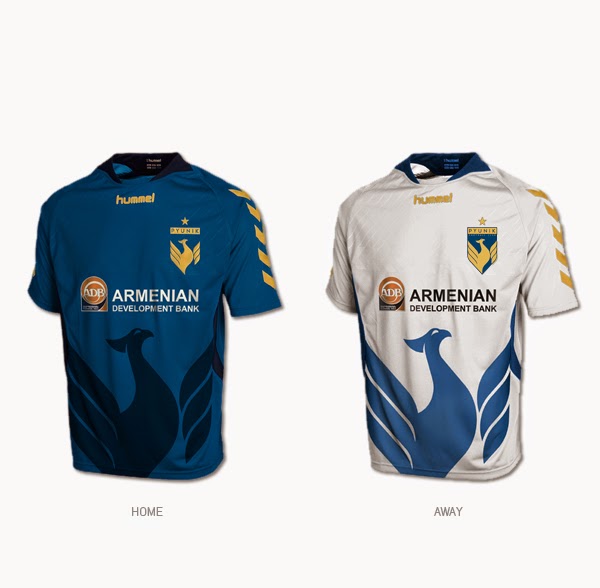