The 5 Greatest US Born Players of All Time 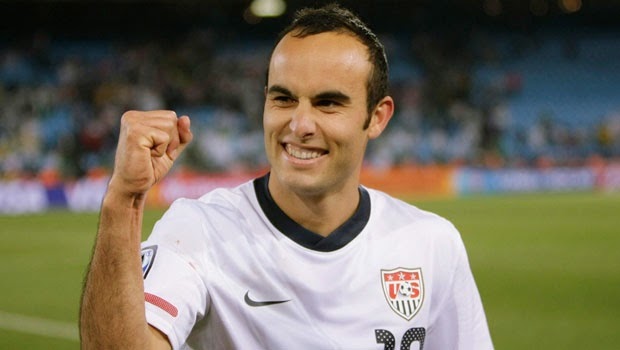 This past Sunday's MLS Cup Final marked the final professional appearance of the Los Angeles Galaxy's Landon Donovan, the face of US Soccer for more than a decade.


A member of a record six MLS Cup winning sides and the all time leader in both MLS league play and for the US Men's National Team it's hard to make a case against Donovan being considered the greatest American soccer player ever.

But what of the other great players that have come from the United States and have made a major impact for both club and country?

Including Donovan, the following is a list of the players that I believe have been the greatest players to come out of America: 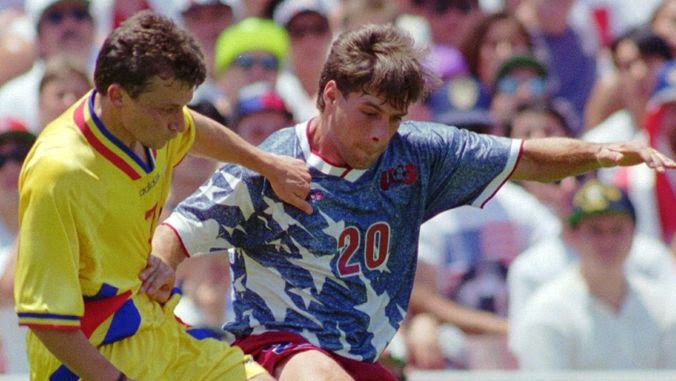 Scorer of arguably the most important goal in the history of the USMNT, Paul Caligiuri's "Goal Heard Around the World" led his side to victory over Trinidad and Tobago, and sent America to Italia 90, the countries first World Cup appearance in forty years. He would later score the first goal for the US at World Cup since 1950 as well, although it came in a 5-1 defeat to Czechoslovakia. He would later play a role in helping the national side to qualify for the second stage at the 1994 World Cup in the United States. The defensive midfielder enjoyed a solid career in Germany for clubs like Hansa Rostock and SC Freiburg, before coming home to play in the young MLS where he would sign off with the LA Galaxy as they won the 2001 US Open Cup. 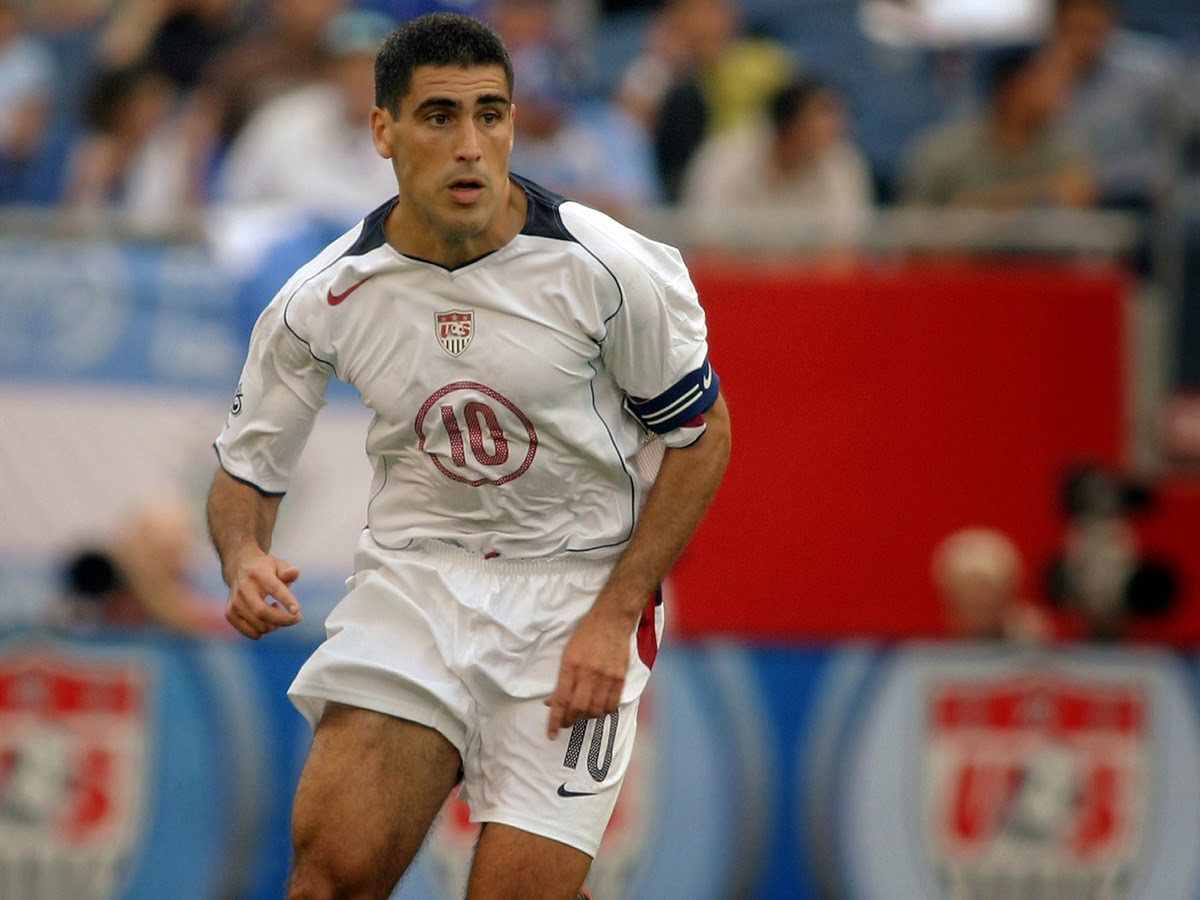 A key member of the US Men's National Team for over a decade, after missing the 1994 World Cup through injury and suffering through a difficult 1998 tournament with the side, Claudio Reyna was a key part of the side that went all the way to the Quarter Finals of the 2002 tournament. In the process he was named to the World Cup all-tournament team. He also helped his country qualify for the 2006 tournament where they would unfortunately bow out at the group stage. At club level Reyna enjoyed successful stints at clubs such as Bayer Leverkusen, Wolfsburg, Manchester City and Glasgow Rangers, with whom he would win a Scottish League and Cup double in 1999-2000. Reyna finished his career with a season and a half in the MLS with New York, before being forced to retire through injury. 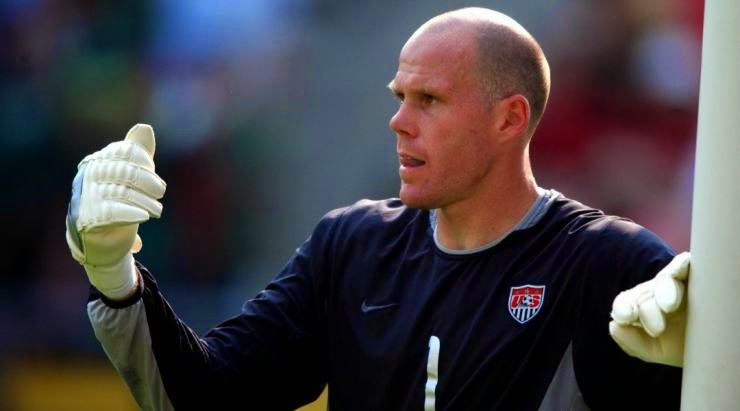 A controversial choice, but for anyone that witnessed Brad Friedel in his prime you would have to agree that he was one of the best goalkeepers in the English Premier League in his time at Blackburn Rovers and a key part of the US National Team in the early to mid-2000's. Moving to Europe at an early age with Galatasaray, Freidel won a Turkish league title before returning to the United States for a lone season with the Columbus Crew. Eventually after a short stint at Liverpool, Freidel would move on to Blackburn where he would help the club win the 2002 League Cup and would provide sterling years of service for the Lancashire outfit. At international level, Friedel was a big reason why the USMNT did so well in Japan and Korea in 2002 where his spectacular play led to the media dubbing him "The Human Wall". 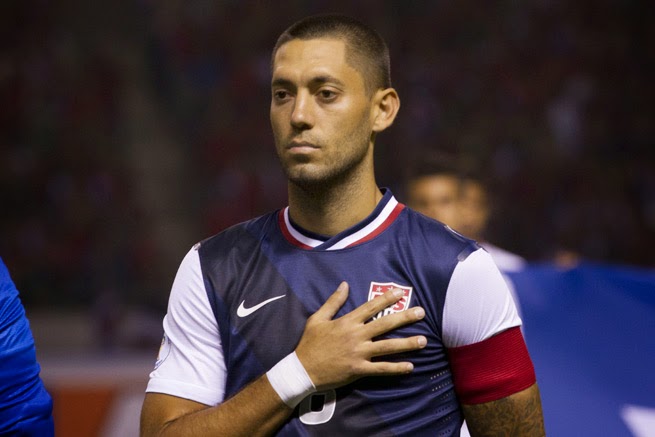 The only US player to score in three World Cups, at 31 years old Clint Dempsey is still a key player for his National side and for the Seattle Sounders. Scoring 39 times in 110 matches for the USMNT, Dempsey has not only helped the American's to qualification for the past three World Cups, but has also won two CONCACAF Gold Cups and helped his country to a runners-up spot in the 2009 Confederations Cup. In club soccer, after three successful seasons with New England in the MLS, Dempsey headed to England where he enjoyed great success with Fulham before a so-so time at Tottenham led to a return to the MLS with Seattle. The attacking midfielder has been named US Soccer Athlete of the Year three times. 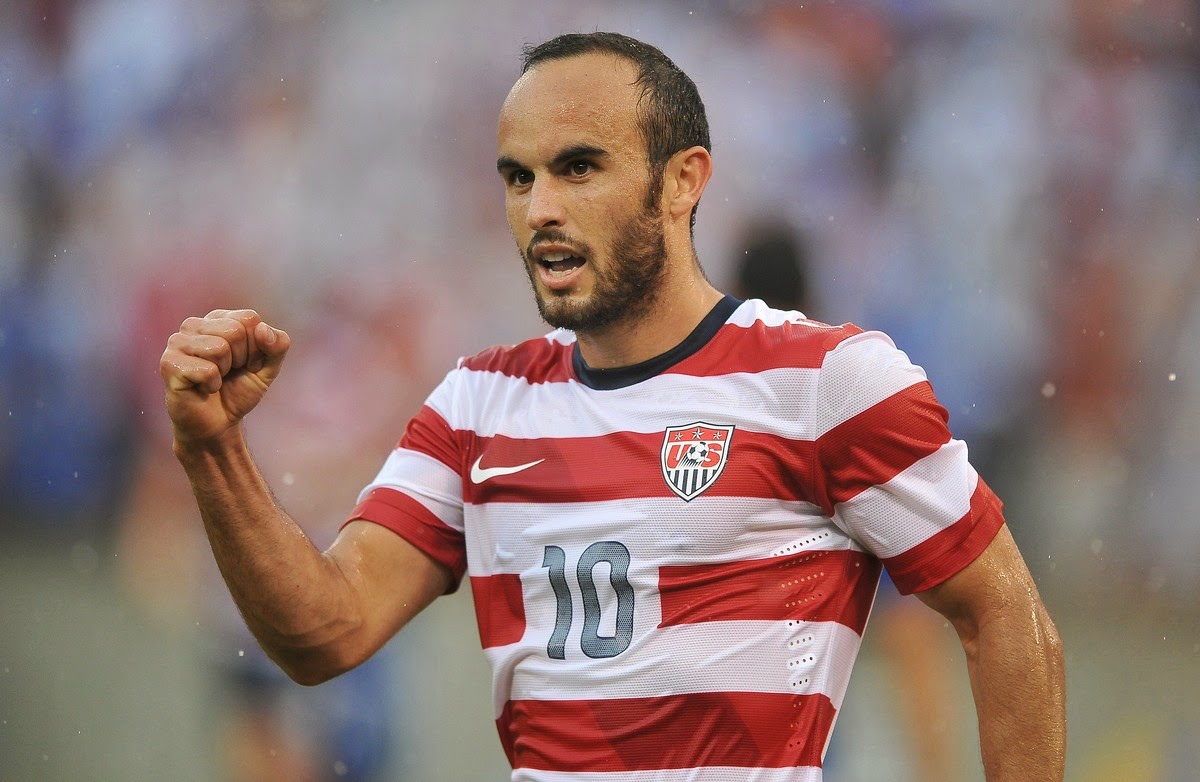 What more can you say about the man who signed off as a champion with the LA Galaxy this past weekend? Landon Donovan is the most successful US player ever with three World Cup appearances to his name, a record haul of MLS goals and assists, the record for most goals for his country, six MLS Cup titles, the US Soccer Athlete of the Year winner a record four times, and the Young Player of the Tournament at the 2002 World Cup. Love him or hate him, there's no denying that at only age 32 US soccer has witnessed the retirement of a giant.