Player Struck By Lightning in Peru and Lives! 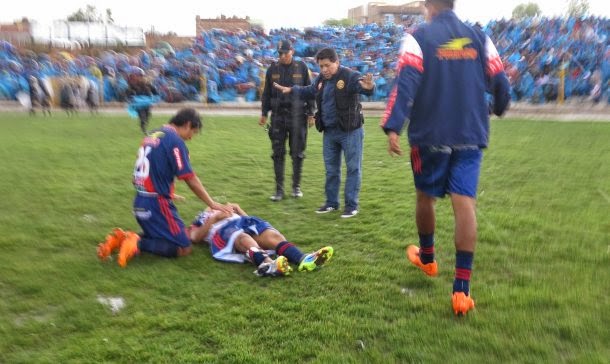 Think your club has a hard player or two, well Sport Aguila left-back Joao Contreras of Peru may be the toughest, or perhaps luckiest, player in the world at the moment.


During this weekend’s Copa Peru game between Sport Aguila and Minera Force in the city of Huancayo, Contreras was struck by lightning on the pitch and stunned supporters around the ground immediately assumed the worst.

Several media outlets in Peru even began to report on his death and tweet out condolences without actual confirmation of his passing.

Fortunately Contreras has survived nature's worst and is currently recovering in hospital.

In the meantime, Sport Aguila’s Julio Rios and linesman Abraham Loayza were also injured by the lightning strike.

Sport Aguila executive Walter Delgada has stated that all three are in stable condition after this crazy event.