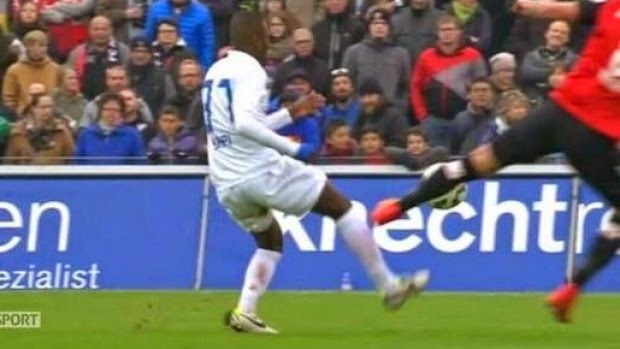 This past Monday, FC Zurich entered a criminal complaint in the Swiss courts against Sandro Wieser, midfielder from Aarauer.

The reason for this criminal complaint is a brutal tackle from Wieser during a game between both teams on November 9th of this year. Gilles Yapi-Yapo was on the receiving end of the tackle and was brutally injured. Sandro Wieser received 6 game suspension from the Swiss FA for the tackle.

Sandro Wieser has publicly apologized for his tackle but that doesn’t seem to be enough for FC Zurich. They have not removed the complaint that they have filed in court and expect Wieser to be held accountable for his actions on the field.

FC Zurich believes that the actions on the field should have more serious consequences than a six game suspension, especially when it puts at risk the integrity of an opponent.

Here is the video of the tackle: