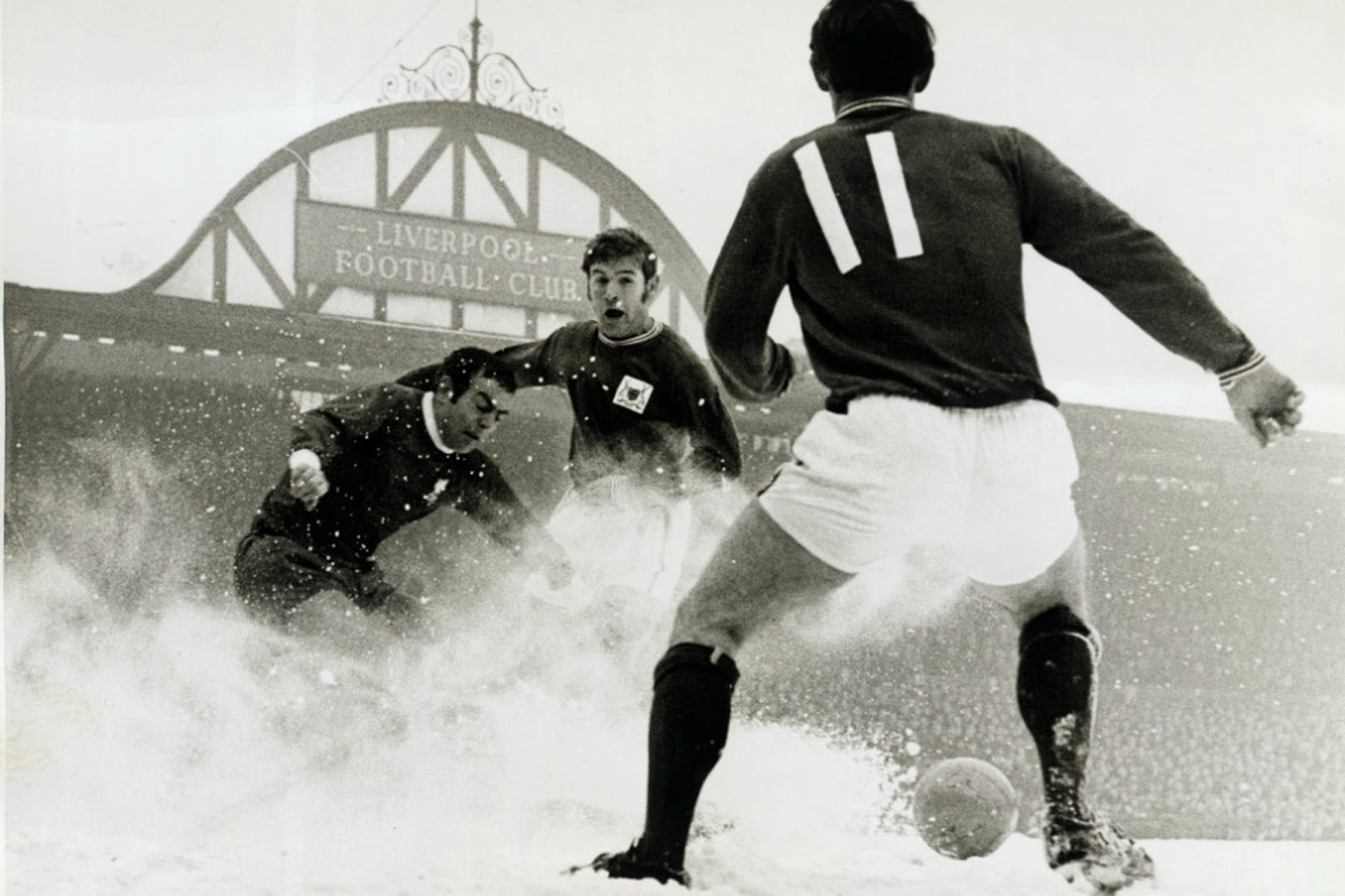 I really can't relate to the song "I'm Dreaming of a White Christmas", because I hate snow.

A big dumping of that filthy white shit is more of a nightmare for me than a dream, so you'll never hear me heartily singing along to that old Bing Crosby number any time soon.

With my disregard for one of the key elements of a northern winter, it's not exactly ideal that my family emigrated to Canada years ago is it?

Anyhow, one thing that really annoys me in the winter, almost as much as the snow, is people losing their fucking minds and forgetting how to drive when we get a light dusting.

Those people certainly would have struggled during the notorious British winter of 1963, when the UK suffered through their coldest weather and worst dumpings of snow since 1740. 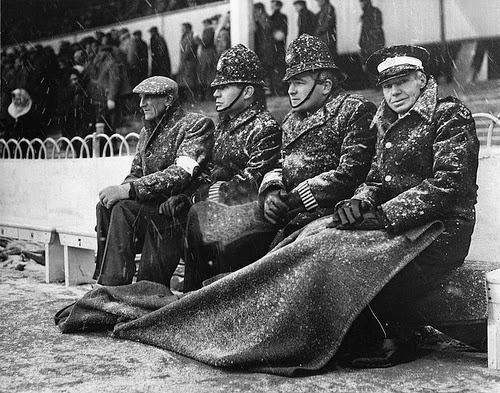 In the days long before undersoil heating, football in England and Scotland suffered a record number of cancellations, with numerous clubs being unable to use their grounds for up to two months that winter.


The FA Cup in particular was severely affected, with the Third Round alone taking up to 66 days to complete. That round saw a staggering 261 postponements, with 16 of the 32 ties being called off 10 or more times. A Scottish Cup tie between Stranraer v Airdrie was postponed 33 times, while in England, Bolton Wanderers were unable to play a single match between 8 December to 16 February.

In order to get some football in during this deep freeze, clubs such as Manchester United and Coventry City arranged friendlies in Ireland where winter hadn't hit quite as hard. This may have really helped United in particular as they would go on to win the FA Cup at the end of that season. 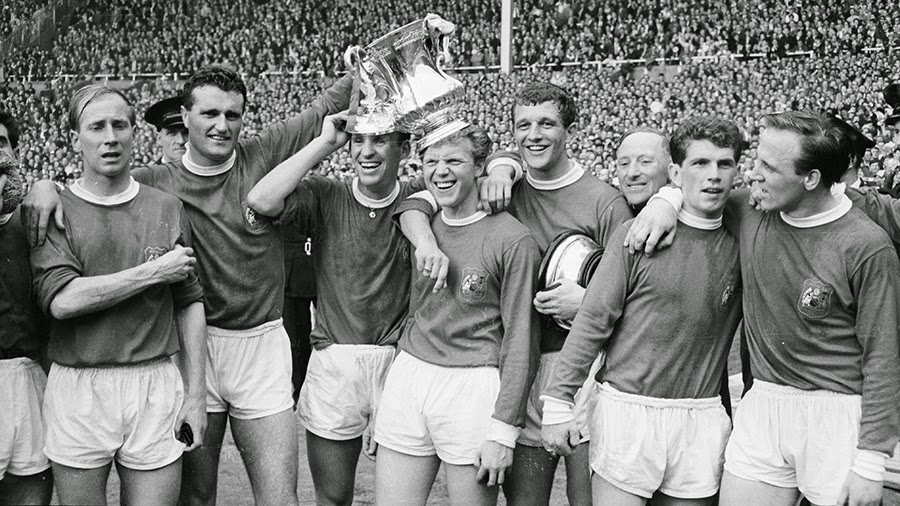 One bizarre thing to come out of all of the cancellations was the creation of a conjecture based football pool, where you could place bets on fixtures that actually weren't going to take place and a panel of experts would predict what the scores would likely be. It was sort of like Championship Manager but with money involved and obviously no PCs.

Eventually the horrific winter subsided in mid-March and British football got down to the business of working through a heavy backlog of fixtures.

So the next time you or I complain about winter weather, take a moment to have a look at the pictures below and see what a truly horrible winter really looked like. 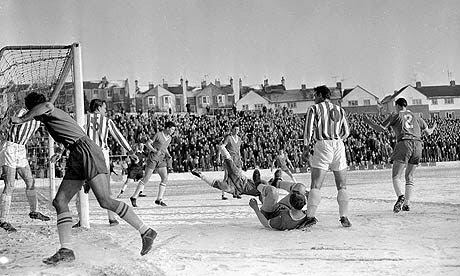 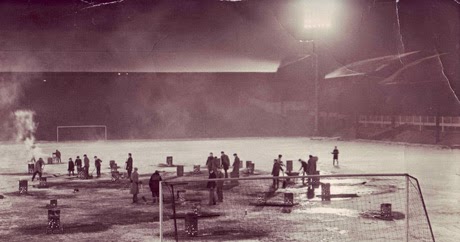 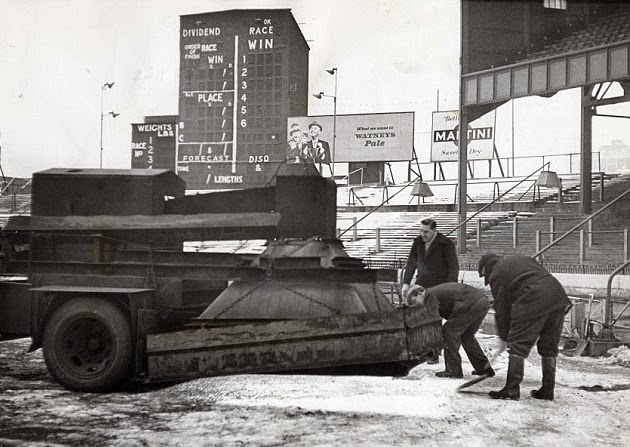 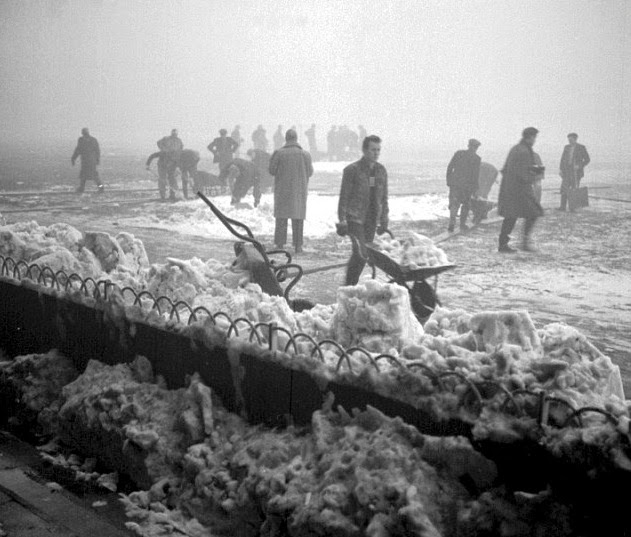 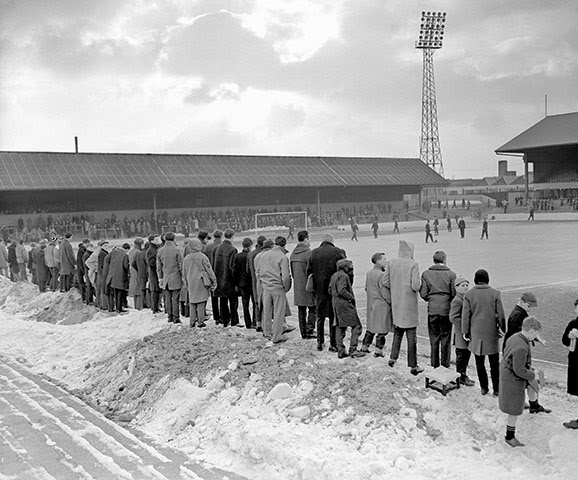