Germany 7 - Brazil 1: The Most Tweeted Event of the Year in the UK 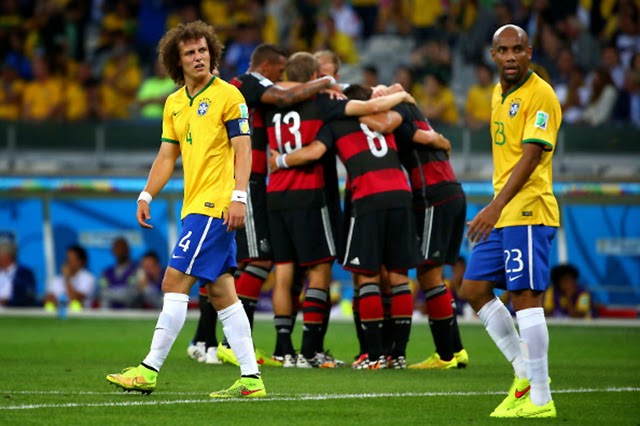 This summer in Brazil we witnessed a result for the ages as the German national team thoroughly humiliated a fragile host side 7-1 in the World Cup semi-final.


For the more cynical among us who had shaken their heads at Brazil's sense of footballing entitlement, pre-match crying and holding the injured Neymar's shirt aloft as if the Barcelona star had died or something, Germany's thrashing of the once great football nation was a breath of fresh air. 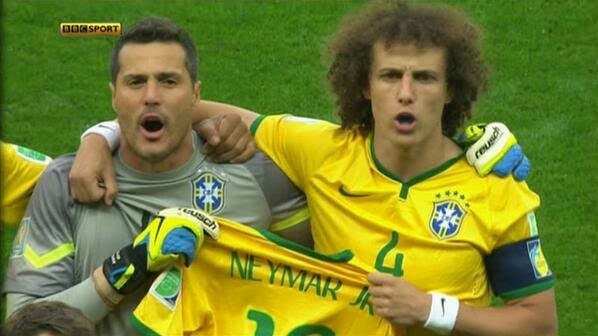 That said, no one could have predicted the ease in which the eventual World Champions would swat the hosts aside.

Such was the shock as goal after goal flew in, it's now been reported by The London Evening Standard that Germany's semi-final demolition job was the most tweeted about moment in the UK in 2014.

So forget David Cameron, ignore the Scottish referendum and turn a blind eye at that shitty X-Factor show the Brits love so much, it was old rivals Germany's rout of Brazil that won the Twitter league in Blighty this year.

The World Cup itself generated a whopping 672 million tweets, with the shocking Semi-Final registering more mentions than any other event or moment in 2014.

This shows not only the number of football mad people there are in the UK, but also the siesmic scale of this result.

Besides the shock of witnessing a result like this, there is a strange perversity in watching a side get absolutely spanked in the knockout stages of a tournament. I remember seeing an exciting Netherlands side take Yugoslavia behind the woodshed for a good old 6-1 thrashing in the Euro 2000 Quarter Finals, and that made for enjoyable viewing, unless you're from Yugoslavia, in which case it would have been shit. There was also Germany's 4-0 humiliation of Argentina in the 2010. But knockout matches generally don't go like this, and certainly not at the Semi Final stage, so this really was a shock of the highest order. 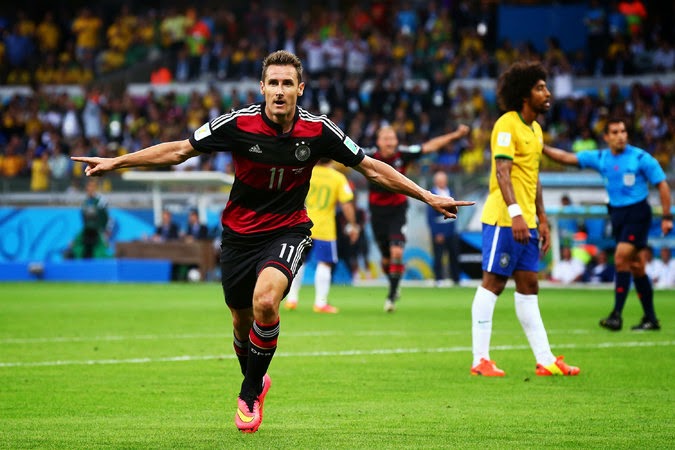 Brazil had stumbled like a drunk after last call through the tournament to that point, but to see them beaten like this is definitely the main football story of the year, and perhaps not that surprisingly tops on Twitter in the UK.