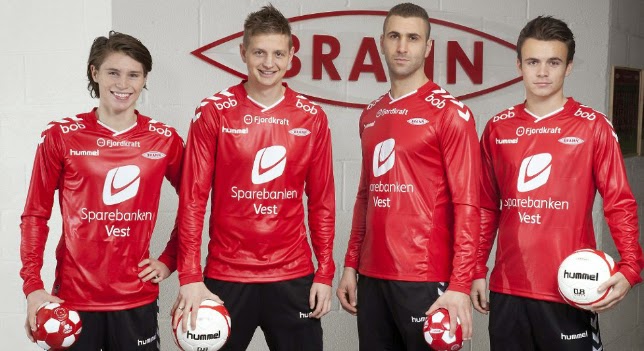 
What I don't like of when someone mentions PVC or shiny clothing is football kits, but Norway's SK Brann are doing their best to blow the stereotypes apart with their latest kit.

This mad design, which the club claims to be water proof, is made from the same material of heavy duty rain coats and has been made with the intention of keeping Brann's players dry and warm during the harsh Norwegian winters.

With the Bergen based club on the very western edge of Norway where the North and Norwegian Sea's meet, the area typically gets pounded with heavy wind, rain and snow during the winter months, so the club is hoping that the kits which fans have dubbed the "Fire Suit" will help their team escape the Second Division.

The club has also stated that these kits are lightweight and despite being made of a type of rubber-latex mix they are suitable for playing football in.

As strange as this is, you can't blame the club for trying something different for keeping their players dry, and let's face it will any of us be shocked if hipsters start sporting this kit in the very near future?
SHARE SHARE SHARE