Steaua Bucharest: The Club With No Name 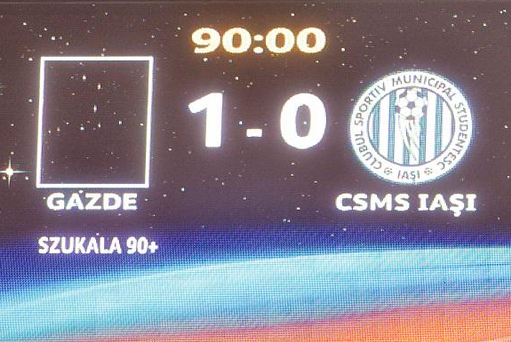 I lost track part way into the '90s on what we were supposed to call Prince, who was in the midst of changing his name every other month.


But I didn't have Prince on speed dial, and hell I hadn't enjoyed much of his music since Purple Rain, so it really didn't matter if he was the 'The Artist Formerly Known as Prince', 'The Artist', or 'The Symbol'. The crazy bastard could call himself whatever he wanted for all I cared.

But fans of Steaua Bucharest most certainly do care about the name of their club, and what's going on with the rights to the name and overall identity of the club must be a dagger to their hearts.

The Romanian champions, and 1986 European Cup winners, were stripped of their name, colours and emblem by Romania’s highest court on Wednesday after losing a battle over their trademark with the country’s defence ministry.

Founded in 1947 as an army side, Steaua Bucharest were bought by a private investor in 1994 and the Romania defence ministry has argued that the club are using the name and likeness of the Romanian army illegally. The ministry first filed a motion in the courts against the club in 2011 and last week's decision has left the most famous club in Romania as a team with no name.

For their match on Sunday against CSMS Iasi, Steaua were forced to remove the club's contentious name and emblem anywhere they appeared around the stadium, and were forced to abandon their red and blue shirts in favour of yellow kits.

The stadium announcer even introduced them simply as the "Romanian Champions".

On the scoreboard in place of their name it simply said "Hosts".

As Steaua officials work to try and hammer out a favourable deal with the defence ministry, matters haven't been helped by the fact that their owner, Gigi Becali, and the club’s general manager, Mihai Stoica, are currently serving prison terms for abuse of power.

It's a very sad situation for one of Europe's most storied clubs. 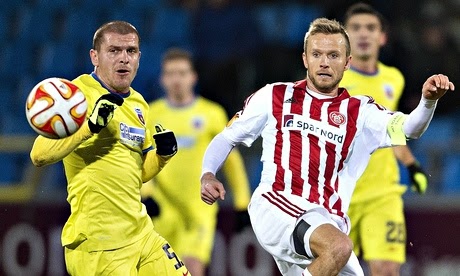