Cristiano Ronaldo's Statue in Madeira Has a Boner 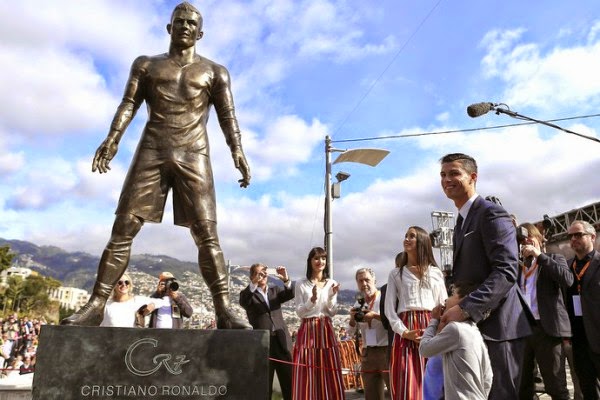 Cristiano Ronaldo is by some distance the Portuguese island of Madeira's most famous export, and in fact they already have a 'CR7' museum in his home city of Funchal.


Another lasting tribute to Ronaldo was erected in Funchal this weekend though, as the city unveiled a statue of the Portuguese star in front of a throbbing crowd of admirers.

The debates between who the best player in the world is between Lionel Messi and Ronaldo have been explosive over the past few years, but for the residents of Madeira there's only one player that's in pole position for them, that's Cristiano, and it's only shafting from FIFA and UEFA that has seen Messi receive more accolades. So it's not surprising that they have such a hard on for the great man. (Editor: Too much!)

The statue itself though doesn't look much like Ronaldo, but before you yell, "They've cocked it up!" look beyond the odd expressionless face, strangely proportioned shoulders, and instead focus on his shorts. 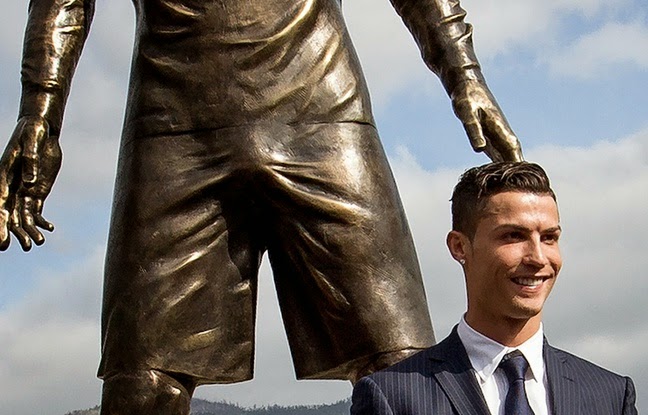 And yes, what you are seeing there is indeed a massive boner.

So either Ronaldo gets a little too excited when taking freekicks and the sculptor happened to capture that, or it's just a funny coincidence, but either way if you ever stop by the City of Funchal in Madeira you'll have the pleasure of seeing a statue of a great man and his manhood. 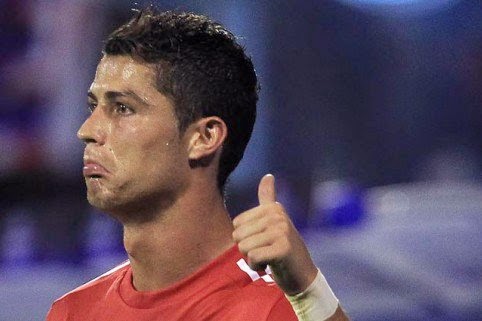