5 Celebrities Who Could Have Been Footballers 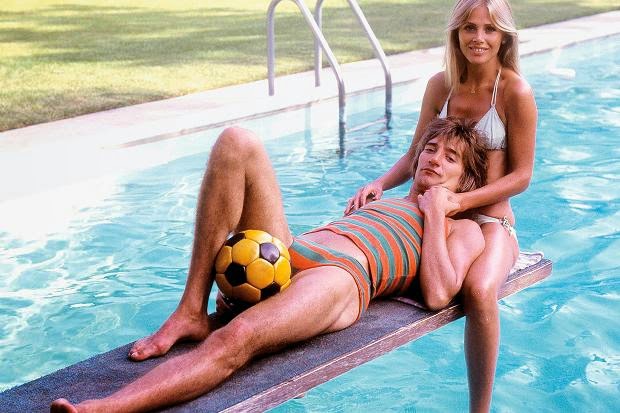 We all know someone who claims that they could have been a professional footballer if it hadn't been for a knee injury, or if their love of the nightlife hadn't led them astray.

I played in an indoor side with a Scottish guy one season who claimed he'd been on the books of a team in Scotland's second tier. But whenever I asked him what the name of the side was he would suddenly adopt a much heavier accent than his usual Glaswegian, mumble something incoherent and then quickly change the subject. I think he was full of shit to be honest, but this line actually aided him in going off with at least two of the barmaids at the pub we used to go to for post match drinks, so fair play to him I guess.

Some of the people who claim to have been on the verge of a breakthrough in professional football are on the level though, and that includes the following five celebrities: 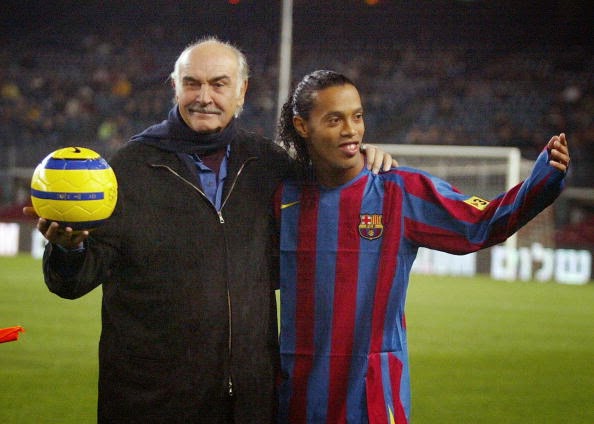 The man who would become the original James Bond had an opportunity to join Manchester United at age 23, after being spotted playing for an amateur side, but Sean Connery turned down United manager Matt Busby's offer of a contract in favour of concentrating on his acting. Connery would go on to earn considerably more than the £25 a week offered to him by United and of course get Pussy Galore. 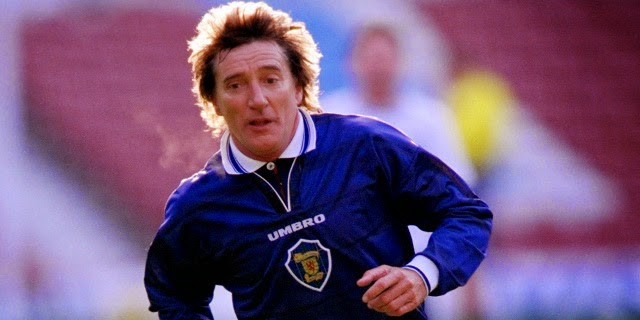 Today's young players are a bit pampered compared to the youth players of old who were responsible for cleaning the first team players boots and tidying up the dressing rooms. Rod Stewart, an apprentice with Brentford, may have chosen a different path if he had been a young footballer today, with a flashy car and a juicy signing bonus, rather than having to scrape dried mud off of boots for a few measly pounds a week. Stewart gave up on the idea of being a footballer after a few months of doing this cleaning work, which he didn't think was sexy, and subsequently become an international singing star. 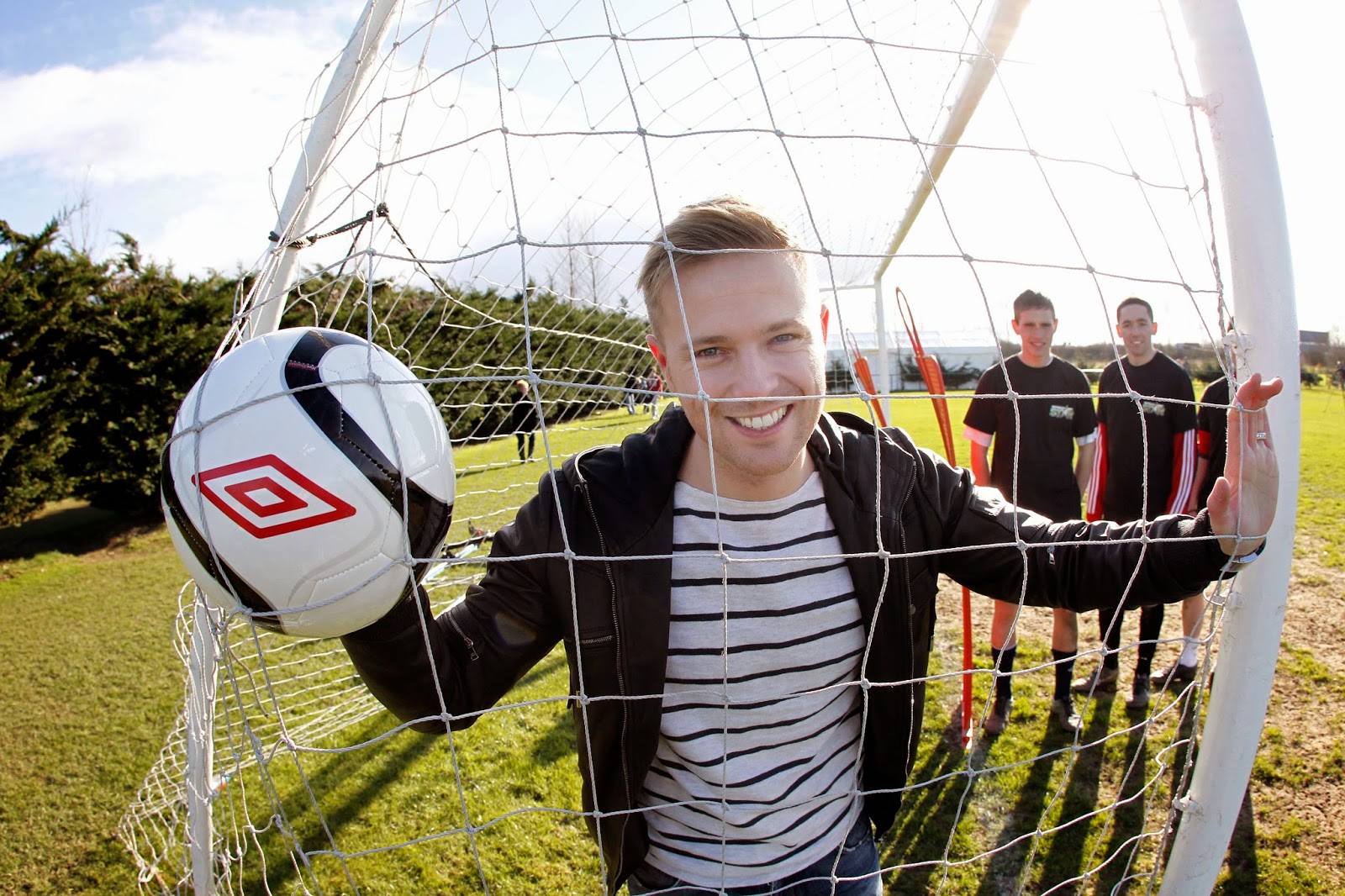 The reserve goalkeeper behind Paul Robinson on the famed Leeds United 1997 FA Youth Cup winning side, that contained players such as Alan Smith, Harry Kewell and Jonathan Woodgate, Irish popstar Nicky Byrne was released by the Elland Road club in the summer of 1997 for being too short. After briefly trying his luck with Cobh Ramblers in the League of Ireland, Byrne decided to give up football and throw himself into music. In 1998 he joined the boyband Westlife, who I find dreadful but seem to do OK for themselves, and he has never looked back. 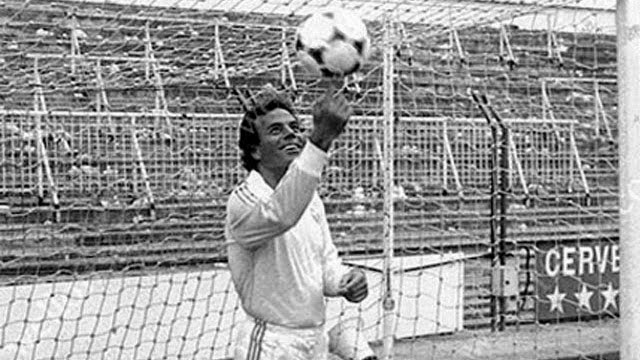 Julio Iglesias, the world renown Spanish singer has been a fan of Real Madrid for most of his life and was once the goalkeeper for Madrid's reserve side, Real Madrid Castilla. Always maintaining that he had "more courage and attitude than talent", Iglesias' football career was ended as a result of a serious car accident. With his lower spine smashed and his legs subsequently damaged for life a nurse gave him a guitar to help pass the time away in his hospital bed. The rest as they say is history. 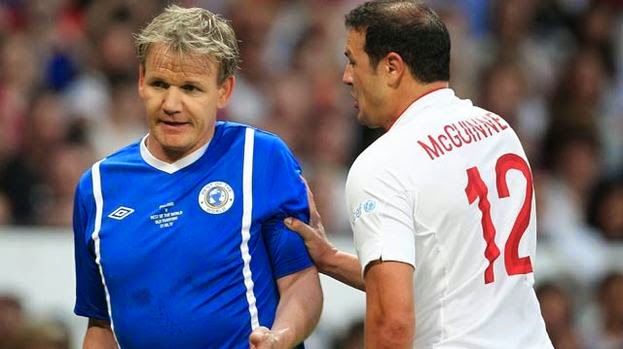 Celebrity chef Gordon Ramsay, famed for shouting and screaming at potential new chefs on his show "Hell's Kitchen", was a talented footballer as a youngster and quickly captured the attention of his beloved boyhood club Glasgow Rangers. Offered a trial by Rangers in 1984, Ramsay played several youth team matches before tearing up his knee and bringing his potential career at Ibrox to an end at age 18. Putting this crushing disappointment behind him, Ramsay would go on to become one of the most well known chefs and user of the "F" word in the world.
SHARE SHARE SHARE