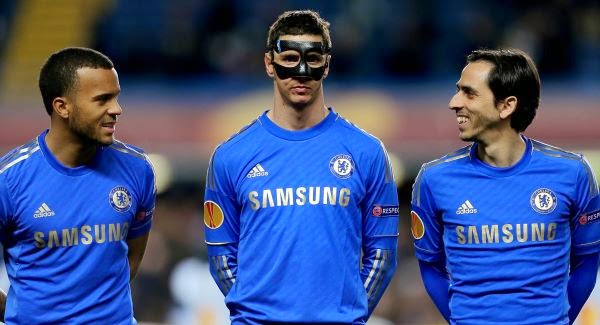 Chelsea's star midfielder Cesc Fabregas will be the latest footballer to wear a face mask after breaking his nose. He will be joining the likes of Torres, Terry and Peter Cech as Chelsea members who put the face gear on in the past. Today on Throwback Thursdays we look at some of the more popular, weird and funny mask wearers from years past in the world of football. 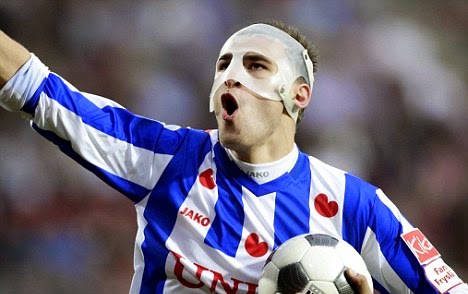 After having his cheekbones crushed by John Fashanu, Tottenham defender Gary Mabbutt had to wear this not so flattering gear on his face for a while. 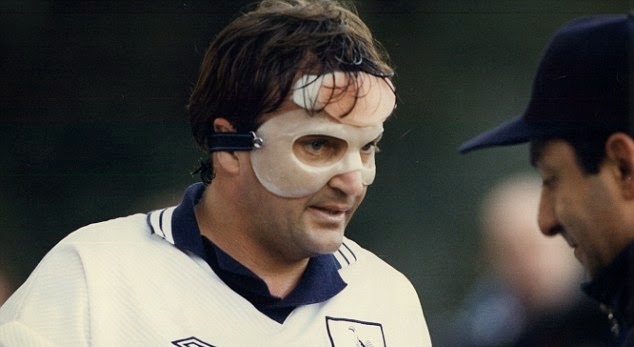 Italian midfielder Aquilani seems to have invented a time-machine. This mask makes him look more like Leonardo Di Caprio in "The Man in the Iron Mask" rather than a footballer. 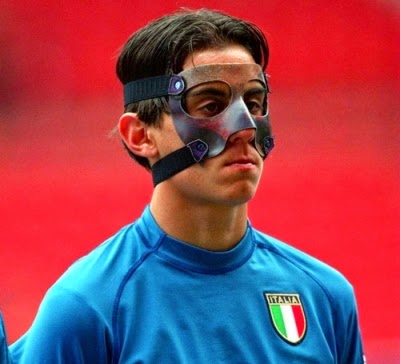 Now there's a look I could definitely get behind. Former Bayern Munich Defender Demichelis made it seem like the opposition was playing against Batman and his 10 buddies every time he wore his mask to the pitch. 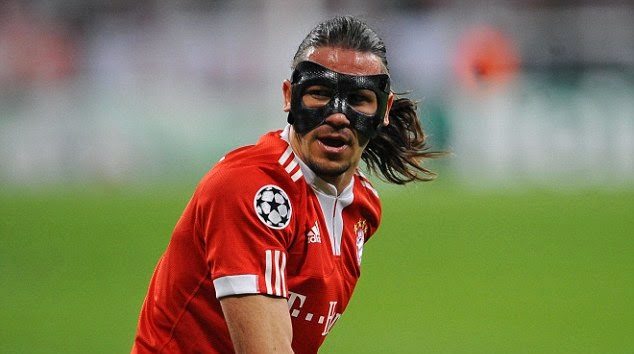 Romanian defender Christian Chivu's mask looked ok, until you notice the string that holds it together at the top of the head. Then it starts to look like some sort of a futuristic g-string. 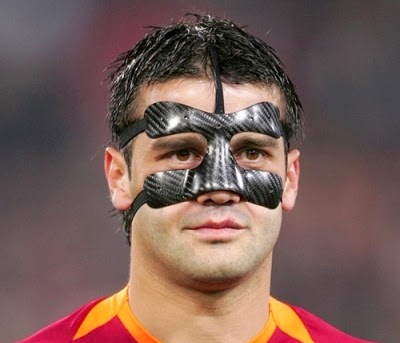 German international Marcel Schmelzer has what seems to me like a normal looking nose both in shape and size. So why exactly did his face-gear manufacturer try to make him look like Zlatan Ibrahimovic with this mask? 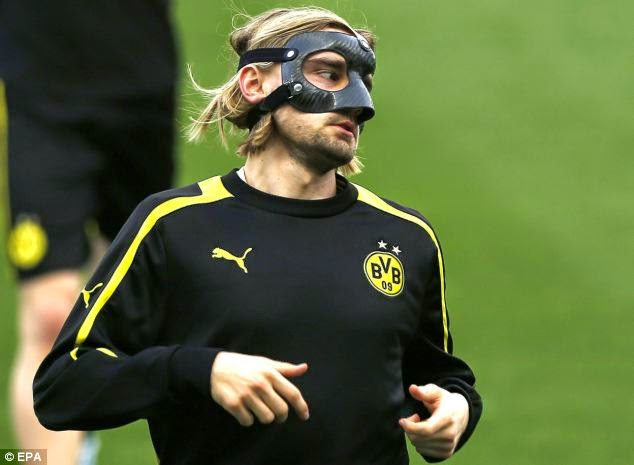 Of course head and face injuries are no laughing matter, but Chelsea goalkeeper Peter Cech could not look more ridiculous when he wore his protective face mask in conjunction with the headgear. 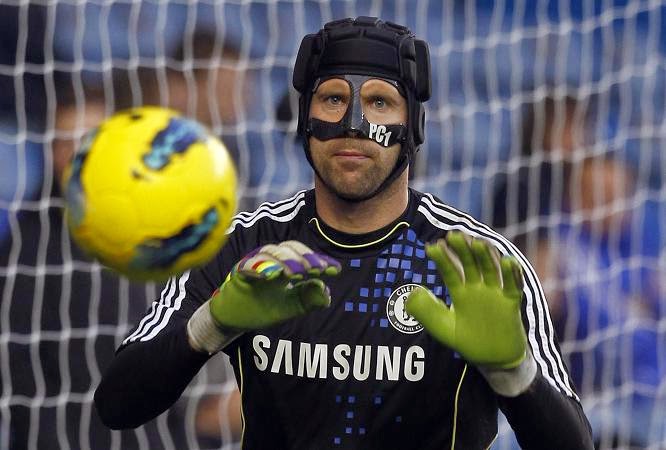 What is likely the silliest face mask of all time, keeper Gobbelaar had a few of these weird design masks in his collection. 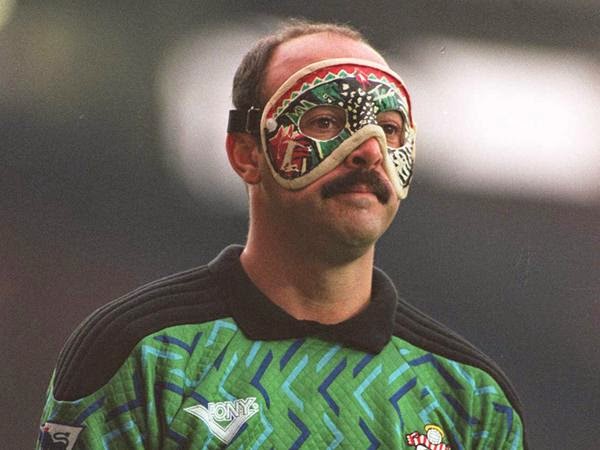 Crewe Alexandra's Dennis Lawrence's face just doesn't seem to agree with this particular mask design. It looks nothing short of putting on pantyhose on your face while robbing a shop. 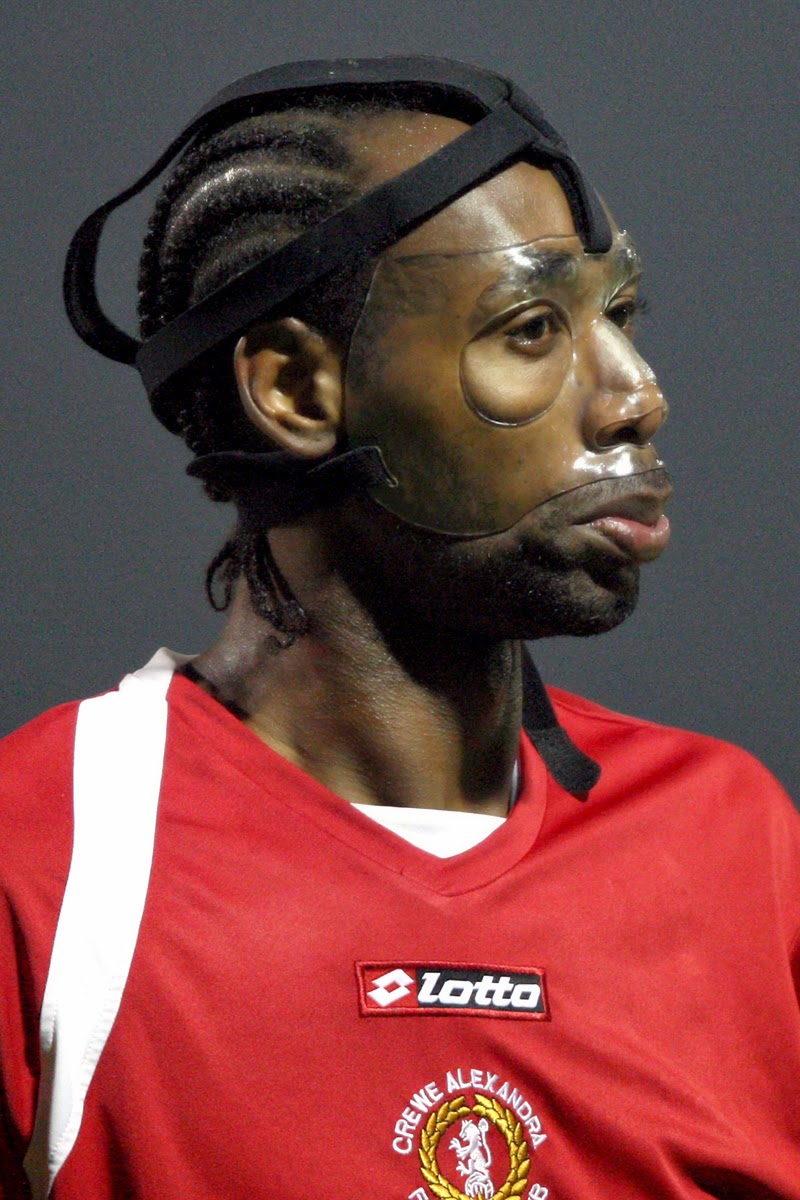 The final on our list, Hernan Crespo's mask looks more like an experiment rather than a protective device. Not to mention that it looks like it's bolted onto his face for the ultimate Frankenstein-like effect. 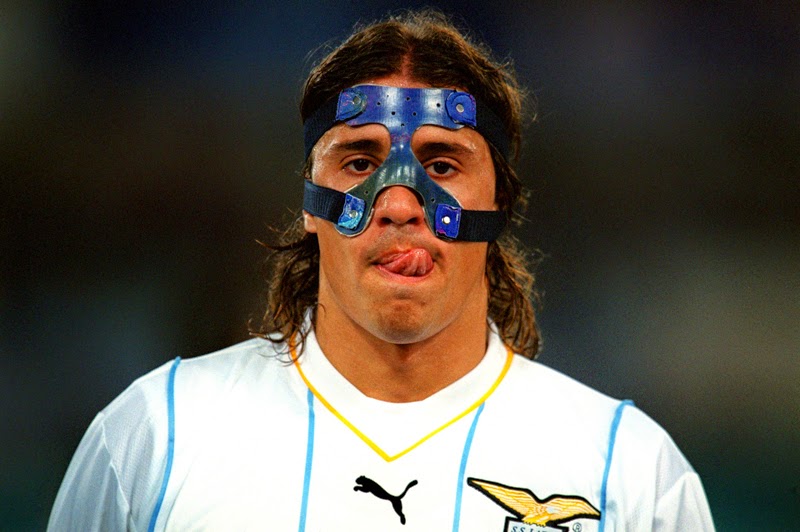