5 Amazing Goals From the Halfway Line 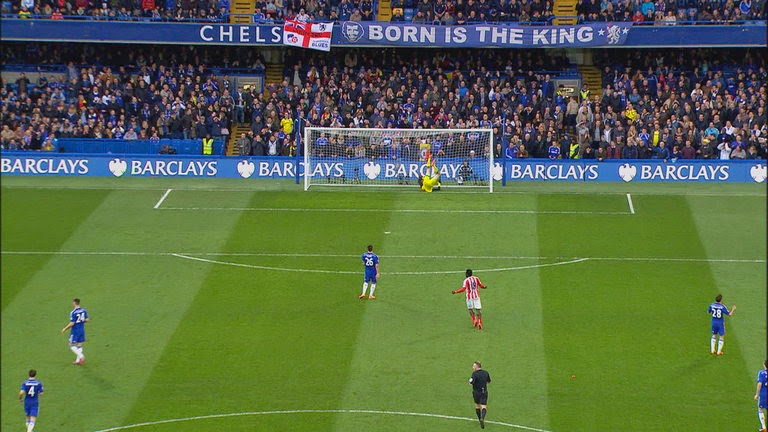 As Stoke City's Charlie Adams sent an incredible 65 yard effort sailing into the Chelsea net on Saturday, fans and pundits immediately started saying it was better than David Beckham's famous strike against Wimbledon in 1996.


Although there is a certain amount of luck involved when scoring a goal from half, you can't overlook the sheer audacity to try such an effort to begin with and the near perfect technique involved.

The following are five other amazing strikes from the halfway line:

Brazilian attacking midfielder Rivaldo scored many wonderful goals during his time at Barcelona, but there were few quite as incredible as one he scored from half against Atletico in 1998. Moving up to the halfway line Rivaldo paused for a moment, looked up and hammered a brilliant over the opposition keeper.

Unique in our list of goals from the halfway line was Ryujiro Ueda's incredible headed effort from half that crept over the line thanks to a hilariously inept display by Yokohama's keeper. This goal at 58.6 metres in distance is the longest recorded headed goal in the history of professional football.

Villarreal's midfielder Cani has never been a particularly prolific scorer for the club, but in January 2011 he roared over half and scored the goal of his life against Osasuna. Cani intercepted an errant pass and with a bit of swerve and dip scored a very special goal in the commentators words.

Why settle for one goal from half when you can score two in the space of two months? Real Sociedad's Iñigo Martínez marked his first season in the senior squad with a stunning goal in the derby against Athletic Bilbao and then followed that up with an equally brilliant long range bomb against Real Betis.


Before the opening match of the 1996/1997 season, David Beckham had already won a league and cup double with a talented group of young players dubbed "Fergie's Fledglings" and was considered to be a pretty special crosser of the ball. But after receiving the ball on the halfway line and scoring arguably the most famous goal in the history of Premier League against Wimbledon he took his first step towards superstar status.
SHARE SHARE SHARE