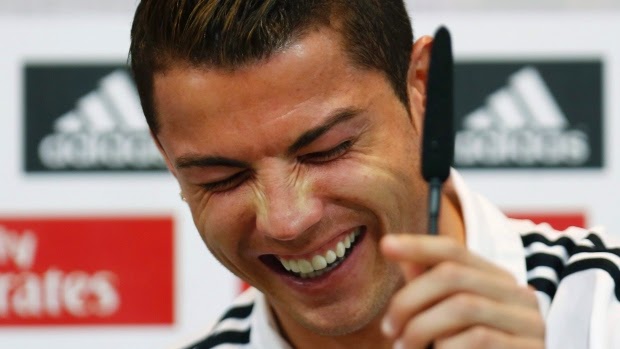 Let's get the weekend off to a good start. 10 Random football jokes should do it.

Why do so many housewives love Arsenal?
Because, they stay on top for ages and then come second.

I was playing Football Manager on my PC when I was offered the Scotland job.
I knew it was a shit squad with no future, so I declined the offer.
I then put the phone down and got back to Football Manager.

England Team in an orphanage

The England team visited an orphanage in Brazil today. 'It's heartbreaking to see their sad little faces with no hope,"' said Jose, age 6

If Valencia played for Valencia

Wouldn't it be funny if Antonio Valencia played for Valencia, David Villa played for Aston Villa and Danny Shittu played for Spurs?

I met a fairy today who granted me one wish. "I want to live forever," I said.
"Sorry," said the fairy, "I'm not allowed to grant wishes like that."
"Fine," I said, "I want to die when West Brom win the premier league."
"You crafty c**t!" said the fairy.

A QPR fan walks into a pub with his dog just as the football scores come on the TV. The announcer says that QPR have lost 3-0 and the dog immediately rolls over on its back, sticks its paws in the air and plays dead. "That's amazing," says the barman, "what does he do when they win?" The QPR fan scratches his head for a couple of minutes and finally replies, "I dunno... I've only had the dog for eight months."

Argentina are due to play Scotland away, in a friendly. Messi walks into the changing room and sees everyone looking pretty unhappy.

Messi: "Hey guys what's up?"
Mascherano: "Scotland is so depressing, we just can't find the motivation to play"
Messi: "You know what guys, I reckon I can beat Scotland by myself, you guys head down to the pub and i'll see you after the match".

The players are reluctant to let Messi play by himself but end up going to the pub. The match kicks off just as they've got the first round in, one of the players gets the barman to turn onto the scores. They see Scotland - 0 Argentina 1 (Messi, 11 minutes).

They go mad, "he's beating a whole team by himself!" They proceed to get the drinks in quickly and soon forget about the match.

Later on they remember and get the barman to turn on the scores again to see: Scotland - 1 (Brown, 89 minutes) Argentina - 1 (Messi, 11 minutes.)

Once again they go mad and rush back to the stadium, there they see Messi with his head in his hands looking sad. "Hey Lionel, why are you so sad, you got a draw against a whole team!"

Messi: "Sorry lads, I let you down"
Mascherano: "How this is incredible!"
Messi: "I got sent off after 12 minutes"

Alex Ferguson has been honored by having a road named after him outside Old Trafford.
Away fans are advised when driving down Alex Ferguson Road, not to forget to add 9 minutes to their journey.

A pound coin was thrown onto the pitch at Ibrox. Police are trying to determine whether it was a missile or a takeover bid.