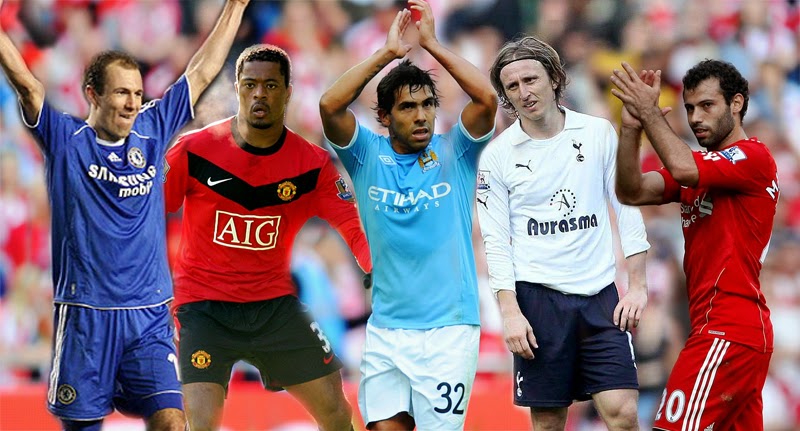 With the last English clubs in Chelsea, Manchester City and Arsenal departing from this year's UEFA Champions League competition in the Round of 16, the semi-finals will be the second round without any EPL contestants. But the lack of English teams in this year's semis doesn't mean that there aren't any footballers that once dazzled the English Premier League left.

There are 17 footballers that once wore an English club's kit and the list of players is quite impressive. In fact, the list is so juicy it could rival any of the clubs left in the competition.

Here is the team of footballers that currently play for one of the four Champions League clubs and have in the past played for at least one EPL team.

Unfortunately this is the only weak spot this team would have as the former Liverpool shot-stopper is the only former EPL goalkeeper left in the competition. Nonetheless, Reina would make a great addition to most clubs if of course Manuel Neuer wasn't on the team's books.

A solid center-back line with former Manchester United Piqué, Arsenal's Vermaelen and Manchester City reject Boateng would be one of the strongest back duos in any of the combinations possible.

A perfect combo with former Liverpool man Arbeloa playing on the right and United's Evra on the left. And if you think Evra is no longer a great choice for an all-star team such as this, Boateng is known to have the ability to fill in on either flank.

Talk about versatility. Former Liverpool and West Ham Argentine Mascherano can play both in the defensive midfield role and fill in at center-back. While Frenchman Pogba who spent a bit of time with Manchester United as a youngster is known to be comfortable in all capacities of the midfield. Another midfielder formally with Liverpool Xabi Alonso would likely start from the bench, while ex Spur Modrić fills in the attacking-midfield role very nicely.

Just like with the full-backs, the wingers split nicely with former Chelsea Dutchman Robben playing on the right, while ex Tottenham full-back turned winger Bale prefers the left side.

This is where it gets real interesting, I mean take your pick. Okay, so in most likelihood former Chelsea striker Pizzaro would not see very much playing time with the competition from the other three, but the rest of the striking force on this list is absolutely incredible. Former Red Devil's Mexican Chicharito would perhaps be the other striker starting from the bench if the team was to play with two up front, as the starting positions would surely go to ex Liverpool biter Luis Suárez and the only man on this list that played for 3 EPL clubs (West Ham, Manchester United and Manchester City) in Carlos Tevez taking the other.

The one that can play anywhere:

If this list wasn't strong enough we conclude it with former Manchester United superstar and recent Ballon D'Or winner Cristiano Ronaldo. A man who can almost literally play in any position on the pitch. Should Pepe Reina be worried about his starting lineup spot on this team?
SHARE SHARE SHARE