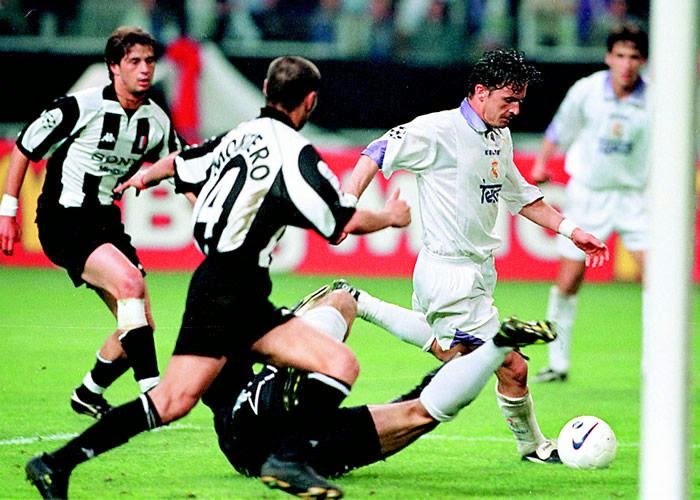 As is the case every single year, at every single stage, in every single sport, fun scenarios and previously noted situations take center stage before the matches discussed actually take place. Today we give you five interesting scenarios as related to the recent draw of the 2015 UEFA Champions League semi-finals.

Of course the biggest scenario of this year's Champions League semis will be the one where Pep Guardiola takes on his former side Barcelona, or perhaps the other way around where the players of the Catalan club face their former boss. Whichever way you're looking at it, the meeting is mouthwatering. Pep was quoted saying that he is trying to figure out how to stop Messi, while some Barca players are understood to want a bit of revange against their former manager.

Barcelona's Argentine duo Lionel Messi and Javier Mascherano will surely have a bit of a deja vu feeling when they look across the pitch at Bayern Munich's squad which is likely to include 6 German footballers that sent Argentina crashing out at the very final game of the 2014 FIFA World Cup. Bayern's line-up includes goalkeeper Manuel Neuer, Germany and Bayern Munich captain Philipp Lahm and others such sd Thomas Müller, Jérôme Boateng, Bastian Schweinsteiger and the man who scored the winning goal against Argentina, Mario Götze.

When the final is played in Germany

The UEFA Champions League / European Cup finals will be played in Berlin for the very first time this year. In previous years however, when the finals were hosted in any city in Germany the winners were never clubs from Italy and Spain, and just on one ocassions the winner was a German club. From the seven times Germany hosted the finals there were two English winners in Nottingham Forest and Chelsea, two Portuguese clubs in Benfica and Porto, Dutch side Ajax, French side Marseille and the only German side to win the cup on home soil Borussia Dortmund. If history was to continue in this fashion it would effectively eliminate Juventus, Real Madrid and Barcelona from winning the cup this year, leaving just Bayern with a chance. But we all know damn well it just doesn't work that way.

When they play each other they win the title

Believe it or not, after the last two knock-out stage meetings between Bayern Munich and Barcelona the club who went on to win would go on to claim the competition title. In 2009 (with Pep Guardiola as their coach) Barcelona defeated Bayern over the two-legged affair in the quarter-finals by an aggregate score of 5-1, eventually defeating Chelsea in the semis and Manchester United in the final in Rome. In 2013 however, the roles were reversed when Bayern and Barca met in in the semi-finals. Bayern Munich would go on to win 4-0 at home and 3-0 in Camp Nou for the impressive 7-0 aggregate victory and eventually won against German rivals Borussia Dortmund in the finals. Will either of them win again this year?

There are four variations of what the finals could look like this year. But out of the four possible combinations only once have two of this year's semi-finals have met in the final showdown. In 1998 Real Madrid took on Juventus in the Champions League final in the Amsterdam Arena in the Netherlands. A second half goal from Yugoslav striker Predrag Mijatović was enough to seal Real Madrid's 7th European club championship title at the time.
SHARE SHARE SHARE