Home » Christmas , fans , Raheem Sterling , Winter » The Round Table: Does the EPL Need a Mid-Winter Break?

The Round Table: Does the EPL Need a Mid-Winter Break? 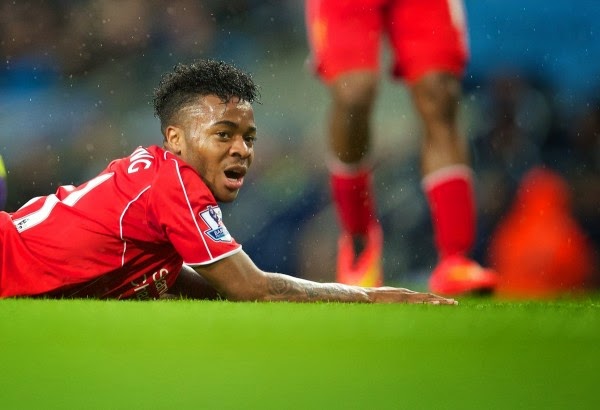 Often when I read pieces on football in the mainstream press I shake my head and wonder if certain journalists are watching the same sport as me.

I get suspicious at times that the agendas of clubs, players, agents or the corporations that own the media outlets are being pushed and the narrative is being shaped in a certain way. So the idea behind FootyFair's Round Table discussions is to talk to actual fans about what's happening in football and get their uncensored opinions.

With the failure of the English League Premier League sides in Europe this season, and the continuing struggles of the English national side, we asked the Round Table if they think the EPL needs a Mid-Winter Break.

On the panel this week we have:

Winter break.... Good? Bad? Does the Premier League need it?

BritChat:
I used to personally think it was a bad thing as it meant no footy for weeks. Where as I am used to my Boxing Day footy and New Years day footy, but there is a TON of matches crammed into that 2-3 week Christmas time frame. Which upon concluding the English teams all exiting Europe early-ish seems to suggest they're tired. Or maybe they are just shit? Anyhow, lately i've looked at it from a new angle, the angle of the Germans... Who are consistently strong in the CL, well lately anyway, and national affairs. They have a winter break, which I imagine consists of them eating german style cakes and such. Besides the cakes thing I am starting to see it as beneficial, to continental and world success.

Iain:
We need it. The players in the EPL are gassed by February. It shows in our European performances and of course in our international tournament performances as well.

I wouldn't do it, as it's been suggested, over Christmas though. The Christmas period is traditionally the big footie festive period in the UK, where you get huge crowds and lots of matches get packed in. I'd do it right after that in say the first three weeks of January.

Jay:
I'm for it, personally. It's a good idea and probably is a part of the reason Ze Germans do so well in Europe.

Parmar:
Winter break is needed. Long, long overdue in my opinion. Eliminate one of the domestic cups. You do that and there should be scheduling leeway to build in a three week break after the Christmas holidays.

BritChat:
Yeah players now are just like whipped dogs..unless of course you're Raheem Sterling who got a week away LOL. Geez what a baby.

Hawk:
Well, by January, how many matches would a club like Manchester United have by January? 20 to 25? A club of their size should have enough depth to field competitive squads vs lowered tier or weaker teams in EPL, CL and FA/Carling Cup, etc.

Iain:
The only problem I see with a winter break is that clubs will try to shoehorn in friendlies in the Middle East or Asia when the players are supposed to be resting.

Hawk:
All they will do is just eat more terrible British food.

BritChat:
They will for SURE shoehorn in Far East tours and stuff. FOR SURE... greedy ass clubs.

Wes:
Enforce a strict ban on that shit. Rest is rest.

Hawk:
You can't restrict a club from touring or making money. They'll just send some "a level" players, get them to play 20-30 minutes, sub them out at half and on their way.

Adrian:
Hmm...there's really only one German team that makes noise in Europe, can't remember their name off the top of my head but I'm sure it'll come to me. The recent successes aren't really replicated by the same teams year over year.

Germany is a bit different as well in that there are only 18 teams in the Bundesliga and there's just the one domestic cup. I can only think of two weeks in the season that there are two league matches scheduled. Six weeks might be a little long but in reality only about two of those weeks (the ones in December) are actual weeks off, what with the aforementioned tours and winter camps.

The Round Table agrees that there is likely a need for a winter break, but the prospect of any breaks almost certainly being filled by overseas friendlies makes the idea of such a break seem pointless.

And unless you haven't been paying attention, Adrian supports Bayern Munich.