Home » funny , Zlatan Ibrahimovic » Zlatan Gets His Own Search Internet

Zlatan Gets His Own Search Internet If you haven't heard yet, Paris Saint-Germain and Sweden international superstar Zlatan Ibrahimović has now officially taken over the internet with his own search engine. Resembling the design of infamous search site Google, zlaaatan.com is now a site that offers search result for the famous striker.

OK, so it's not actually a new search engine per se. Basically what the designers of the site have done is create a search field where no matter what you type into it, it will redirect your search request to Google with the addition of the word "Zlatan" in front of it. So let's say you search for "Pele", your search will actually appear as "Zlatan Pele", which in turn give you a search result with the image below as one of the first images that show up. 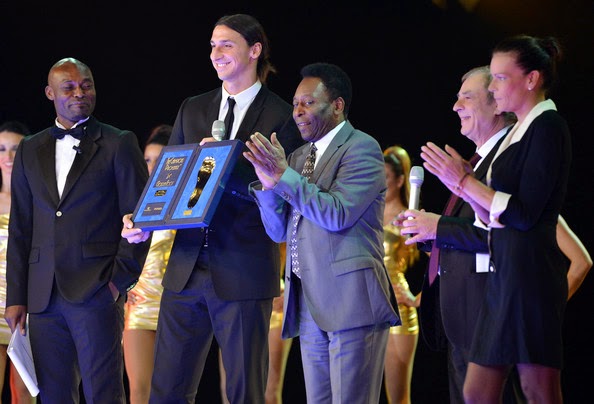 Understandably, this is just a joke site with no real use for the common football fan, and perhaps the only person that will use this site will be Ibra himself. And there are a few bugs that we have already noticed, for example when you type in "Zlatan" in the search-box...you guessed it...the result becomes "Zlatan Zlatan", but for Zlatan himself who adores his own sight in the mirror maybe this is a useful tool as he will now be able to look himself up on the internet twice in one go.
SHARE SHARE SHARE