Why Can't a Player Celebrate in Front of Opposition Fans? 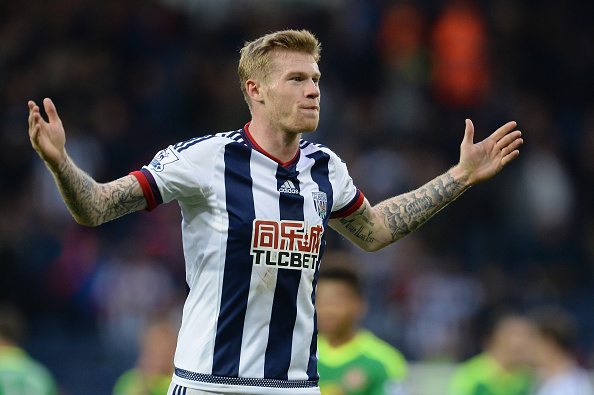 On Monday afternoon, West Brom's James McClean was given a formal warning by the English FA for celebrating his side's win against Sunderland in front of their fans.


Although part of the reasoning is that his conduct could have provoked violence and/or pitch invasion, I feel that the authorities and the social media keyboard warriors have jumped all over what is just a player letting off some steam, or perhaps tongue having a bit of a laugh with his old supporters.

The celebration police have gotten out of hand in recent years, handing out fines for things like McClean's exuberance like they're passing out candy on Halloween.

It's ridiculous overkill that sucks a bit of the funny banter that can occur between players and crowds, and just panders to the always offended brigade.

Football is a passionate game and sometimes that emotion can spill over. It's increasingly so when a player comes up against his former side. With emotion comes natural reactions like McClean's celebration. That's part and parcel of the game.

I remember years back when players would flick "V" signs at opposition fans or smile and wave at them after scoring. Sure they'd let the offending player have it, but it was part of the game.

The FA handing him a fine effectively tells supporters that they can yell and scream insults at a player as much as they want, but when he gives it back after a goal he could land himself with a meeting with the FA so they best report him.

What a gong show.

One funny thing to come out of this mess was West Brom manager Tony Pulis' terrific take on McClain's celebration that led to the players clashing. After the game, Pulis said: "He's not the sharpest tool in the box, and that's not being disrespectful to him. But he's a smashing lad."
SHARE SHARE SHARE