FC United Continue to Do Things Their Way 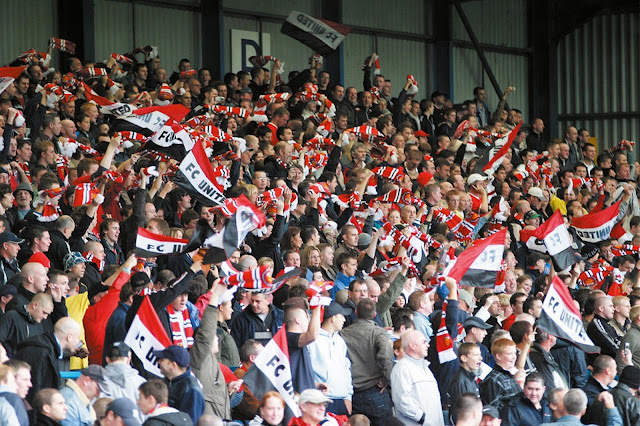 Formed by disenfranchised Manchester United supporters after the Glazer family's takeover of their club in 2005, FC United have largely stayed true to their founding ethos of being a club connected to their community while trying to keep the interests of their fans in mind.

With an FA Cup first round fixture with Chesterfield coming up next month the club found themselves at odds with the Football Association.

The FA decreed that the kick-off for the match would be moved from Saturday afternoon to 7:45pm on Monday 9th November so the game could be shown live on BT Sport.

Wanting to stick to the more convenient and traditional kick-off time the club fought hard against English football's governing body to have the match moved back to the Saturday, but eventually the FA had their way.

The next issue the club faced was over their match ticket prices, for which they normally charge a very reasonable £9. The FA demands that the minimum price for FA Cup tickets is £10, so despite another argument the club had to up their prices on the day.

But the small club that was formed with a rebellious spirit couldn't resist sticking it to the man and have now offered a free £1 voucher, to make up the difference in price, for all home and away fans to spend on food or merchandise at the ground.