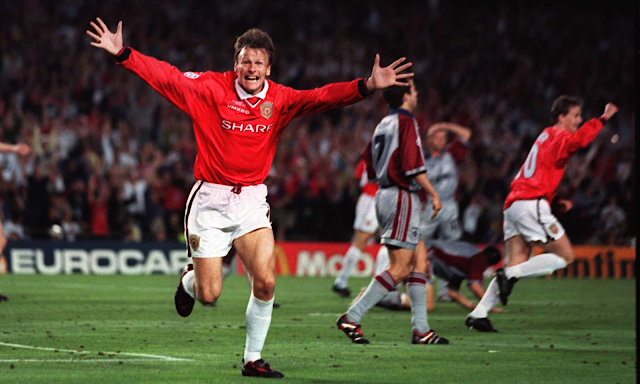 Once in awhile football can transcend what's happening on the pitch, play with our emotions and even teach us things about ourselves.
To the untrained eye the game appears to never change, it's a contest of 22 men or women chasing a ball around a pitch and, to paraphrase Gary Lineker, in the end the Germans win.

But outside the ebb and flow of the action on the pitch we grow up and our lives, like the heroes in our club's colours, change.

In Nick Hornby's seminal novel Fever Pitch, the diehard Gunner tied his life's major events to the fortunes of his beloved Arsenal. That book resonated even with people who despise the North London club because frankly it didn't matter who Hornby supported, it was the manner in which he was able to articulate the way football and more specifically the trials and tribulations of our club's become entwined with our own lives.


Besides being able to tell you that I was sitting in an empty grubby campus pub, trying to stretch out a beer, during my disastrous year at Mohawk when Manchester United beat Porto 4-0 in the 1997 UEFA Champions League Quarter-Final, I can recount several instances of when the game has taught me lessons about life.
The following are five matches that changed my perspective:

Love at First Sight Does Exist

Living in Canada in the 1980's meant that football was something I only experienced when I got a bundle of Match or Shoot magazines sent to me through the post from my Nan in England, heard stories of George Best from my dad, or watched the delayed highlights of the FA Cup each May. Live matches were never aired and there was virtually no media coverage of the game here. I was seven going on eight years old in 1985 when league champions Everton took on Manchester United in the FA Cup Final.

All I knew about the two club's was that Everton were a very good side, perhaps second only to the then mighty Liverpool FC their rivals from across Stanley Park in terms of supremacy in England in the 1980's, and United had within their ranks Bryan Robson, a player I had read numerous heroic stories about in the aforementioned magazines my nan used to send me. Of the match itself the only things that stand out in my memory were Kevin Moran being shown the first red card in an FA Cup Final, United hanging on for dear life with ten men and then Norman Whiteside hitting a superb winner in extra-time. I fell in love with Manchester United that day, not because they won necessarily but because of the way they didn't buckle when the odds were against them, kept going forward and of course because they had Bryan Robson.


What can I say about a match that has had numerous books written about it, documentaries centred around it and analysts smarter than I pointing to it as the start of the English football renaissance that eventually led to the Premier League?

Every English football fan worth their salt knows that England played its best football in years in the first half of this match in Turin, but West Germany opened the scoring after the break when an Andreas Brehme free kick deflected off of Paul Parker, and then Gary Lineker equalized at the death. After an extra time featuring chances for both sides, West Germany inevitably won on penalty kicks and Gazza cried for us. I had experienced disappointment before but never on the scale of this. To see your side on the verge of a World Cup Final and to come unstuck on penalties is something I wouldn't wish on most of my enemies. The emphasis there being on most.

I remember feeling nothing but sympathy for Chris Waddle, who missed the decisive penalty kick. He had played perhaps his best match of the tournament against the Germans and had come so close to winning it in extra time when he cannoned a shot off the post. Like life, it was all horribly unfair. 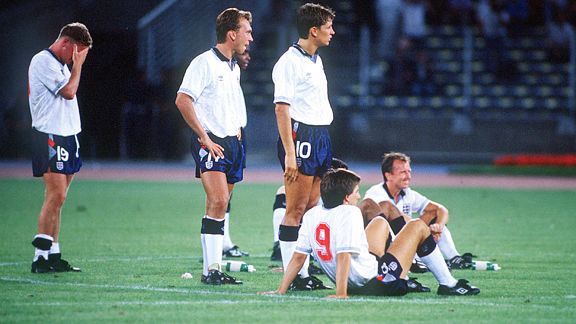 Friends and Family Are Everything


This particular fixture must jump out on this list compared to the more glamorous ones I've noted, but the lesson I took from it is probably more important than any of the others.

The match itself was an unremarkable enough affair that did however feature an impressive goal from Ian Wright that capped Arsenal's 2-0 win over Wolves at the Molineux, as well as a terrific performance by the late Dean Richards who effectively shackled Dennis Bergkamp.

It was what happened after the match that I remember the most though. That season quite a few members of my extended family had Wolves season tickets, which was the reason my brother and I were there to begin with, and after full time we all ended up at a pub near the ground and were joined by a sizeable contingent of Arsenal supporters.

It was a pre-season friendly so there was no bullshit, just a fun hour or so of talking about football, telling stories and sharing a lot of laughs. We had a terrific time and that night I realized that it's not always about the result, it's about the day out and the people you're with, particularly your family and friends.


Part way through the summer of 1995 it seemed that Eric Cantona had played his last match for Manchester United. Serving a long ban for kicking a thug at Crystal Palace the previous winter, the man United fans had come to know as Le Roir all of the major news sources in Britain seemed to be hinting at an Old Trafford exit.

But manager Alex Ferguson, a few years away from his knighthood and that horse breeding business, managed to persuade Eric to stay and this proved crucial to his sides campaign. Spearheading a side including many recent graduates of the youth academy, United clawed back Newcastle's sizeable lead at the top of the table and won their third title in four seasons. During the run in it seemed as if every goal or key moment came through Cantona and it was inevitable when his late winner sealed another FA Cup triumph for United.

Legendary baseball slugger Reggie Jackson once called himself the "straw that stirs the drink" after helping the New York Yankees to their first World Series win in a decade, and it's accurate to say that Cantona had the same impact on United. He pushed the club to heights they hadn't reached in a quarter of a century, with an impact that can't be measured in stats.

He did all of this with style and an attitude that he wasn't prepared to take shit from anyone. I've had a few football heroes in the past thirty years, but none stand taller than Eric.


Another match that needs little description as it's pretty well known that United completed their historic treble by scoring two late goals against Bayern Munich. Few remember how dire a match this was after Mario Bassler opened the scoring for Bayern and before the frantic final minutes.

Deprived of both Roy Keane and Paul Scholes through suspension, United were unable to provide any sort of service to forwards Dwight Yorke and Andy Cole. In desperation Ferguson threw on Ole Gunnar Solksjaer and Teddy Sheringham, and he rest as they say is history.

For the last twenty of the match the atmosphere had been sucked out of the once raucous pub I was in and murmurs of "it's over" slipped out as the clock crept towards injury time. But then the goals came and we all rejoiced.

This match taught me that as grim as things look in life or in sports you can never give up and it also taught me that seven pints of Guinness and six Turbo Shandies in an evening might be overdoing it.
SHARE SHARE SHARE