Throwback Thursdays: Milan v Estudiantes - The Culmination of All That is Evil in International Football 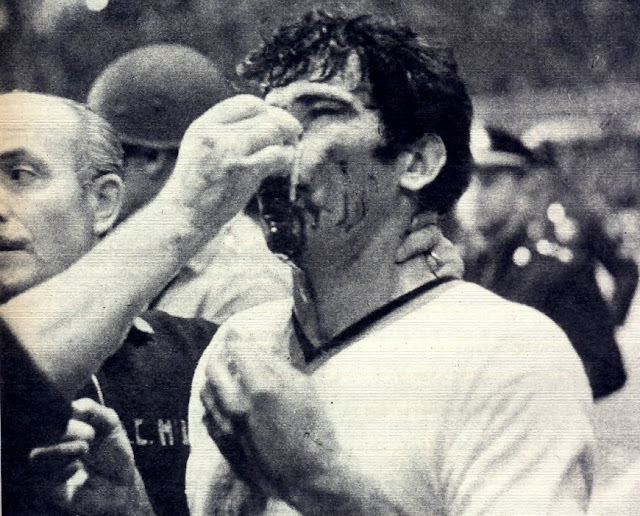 Conceived in 1960 as a showdown between the European Cup and the Copa Libertadores holders, the Intercontinental Cup had a very rough start.


Due in no small part to the aggressive tactics and intimidation used by clubs from Argentina and Uruguay in particular, the competition was in danger of falling apart on numerous occasions.

In particular the 1967 edition between Argentina's Racing Club and Scotland's Celtic F.C. was an extremely violent affair, with the decisive game being dubbed "The Battle of Montevideo".

This infamous showdown saw two players from the Argentine side sent off and three players from Celtic sent to an early bath. In the middle of some outrageous carnage, a fourth Celtic player was sent off but refused to leave the field and ended up playing on. 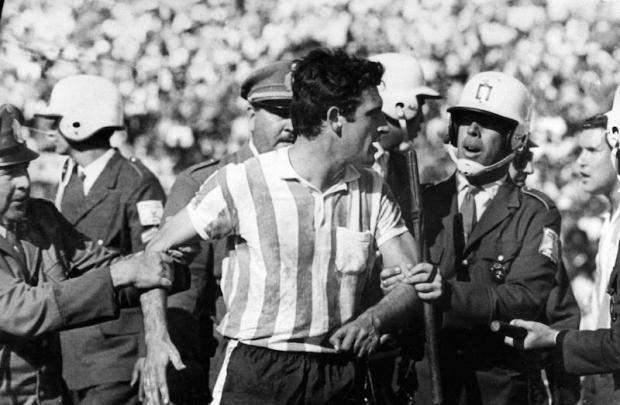 The following year saw England's Manchester United against Argentina's Estudiantes in another brutal match-up that saw United's Nobby Stiles sent off for retaliation in the first leg that was won 1-0 by Estudiantes at home. The second leg at Old Trafford saw United star George Best kicked and punched constantly until he traded punches himself with Jose Medina, with both players being sent off towards the end of the 1-1 draw.

If the 1967 and 1968 competitions had been violent, they were just warm ups for the main event.

On 22 October 1969, AC Milan took on Estudiantes, returning for another final, in a match that one paper described as "the culmination of all that is evil in international club soccer."

After winning the first leg 3-0 in Milan, things seemed to be pretty straight forward for the Italian side as they went into La Bombenera for the return leg. 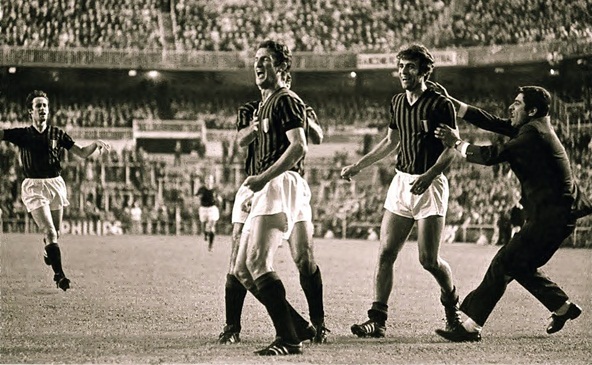 But the situation became extremely hostile even before the opening kick-off as fans dumped hot coffee on Milan's players as they emerged from the tunnel and Estudiantes players kicked balls at the visiting team during the warm-ups.

Once the match kicked off Milan's Pierino Prati was violently challenged and ended up with a concussion. He was ordered back on the field by the referee but collapsed and had to be replaced.

The Estudiantes players used every trick in the book to get under the skins of the Rossoneri with a series of sly kicks and digs. The Italians later claimed that they had even been pricked with pins by the Argentine players.

The legendary Gianni Rivera was punched in the face by Estudiantes goalkeeper Alberto Poletti, but got some sort of justice with a goal in the 30th minute.

The worst treatment of all was reserved for Milan's Argentina-born French striker Nestor Combin who was called "a traitor" all match, was dug at, clawed and kicked numerous times before the keeper Poletti kicked him full on in the face.

As if that wasn't enough, Combin later had his nose and cheek broken thanks to an elbow by Estudiantes defender Ramón Aguirre Suárez. 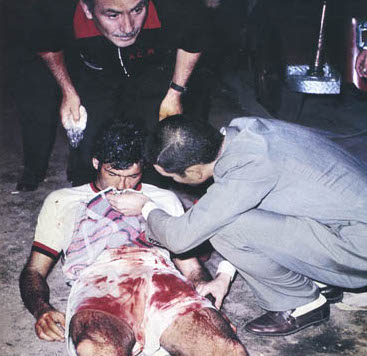 To complete his evening from hell, Combin was arrested after the match and ended up spending the night in jail, on charges of evading his mandatory Argentinian military service. Fortunately in the morning he managed to convince the authorities that he had completed his service in France, where he was a citizen.

The match itself ended in a 2-1 win for the home side, with Milan winning the cup by virtue of a 4-2 aggregate score.

Estudiantes faced severe criticism from the media and the international football community after the match. As a result of their actions on the night the Argentine Football Association came down hard with Poletti receiving a lifetime ban, Eduardo Manero a 20-game suspension, and Suárez being handed a 30-game ban.

The following decade would see several European Cup winners duck out of the competition to avoid similar problems and the cup only survived after it was reorganized in 1980 as a one off match held annually in Japan.
SHARE SHARE SHARE