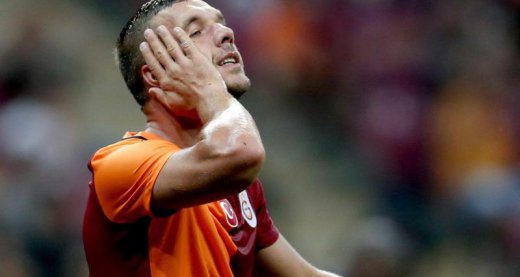 This time on The Harsh Realities of the Champions League we take a look at four clubs which did not impress us in this week's action. Two of the sides hail from the Premier League, while the other two are from Turkey and Italy. 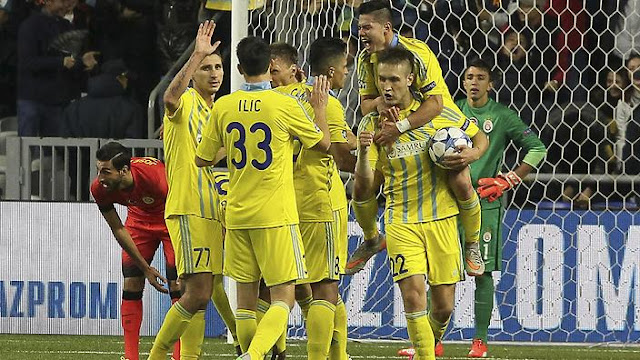 Having to compete in a group which includes Portuguese champions SL Benfica and Spanish side Atlético Madrid, Turkish club Galatasaray were expected to pick up all 6 points from their two meetings with Kazakh minnows FC Astana if they were to have any chance of challenging for the first two spots in group C. This was not the case however when "Cim-Bom" traveled to Astana this week. Going ahead twice in a country that has never seen a domestic club secure a single point in a Champions League competition, Galatasaray conceded via the own-goal each time and settled for a split of the points. For Astana it's a club record as they became the first club from Kazakhstan to not lose a match in the UEFA Champions League, but for the Turks this means just 1 point from their first two matches of the group stages after 2-0 home loss to Atlético in week one of action.

To pile on the misery, things don't seem to get much easier for Galatasaray as their next UCL match is against group leaders SL Benfica. If they don't start collecting points soon, the club from Turkey are looking at a very early exit from the competition. 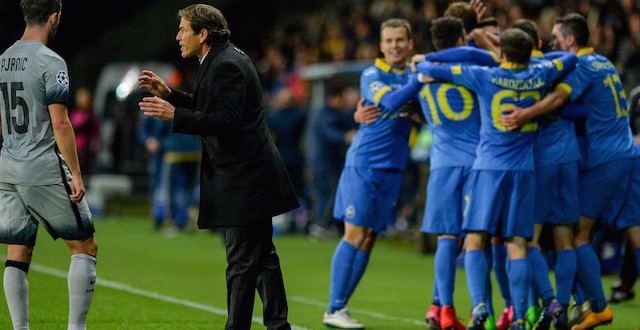 Any time you can secure a draw against Spanish giants Barcelona it's a pretty good day. Roma managed that feat in the first week of play with a 1-1 tie at the Stadio Olimpico and the club felt confident going into Belarus to face the local side BATE Borisov in week 2. Things got ugly early for the Italians however, and thanks in part to sloppy defense, skillful passing from the hosts and a little to the terrible positioning of AS Roma keeper Wojciech Szczesny BATE was 3-0 up after just 30 minutes of play. The shocked visitors found ways to respond in the second half but Gervinho's 66th minute and Torosidis' 82nd minute goals would not be enough as the home side came out 3-2 victorious.

Now, AS Roma is in last place in group E and will face Barcelona and tough German opponents Bayer Leverkusen twice in their next three matches. 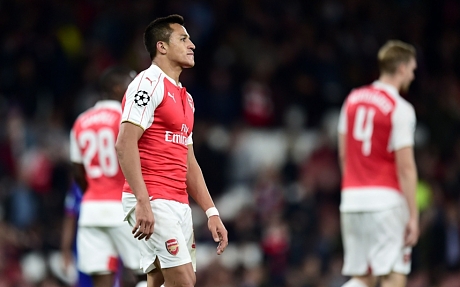 Being drawn in a group with German powerhouse Bayern Munich, it was pretty well understood that Arsenal's chances of finishing first were pretty slim. The bright side of the draw was the fact that the other two opponents came in the form of Croatian side Dinamo Zagreb and Greek club Olympiacos.

Now, after two matches played the Gunners have 0 points, and they haven't faced Bayern yet!

After a shock loss in Zagreb in week 1, it was time for Arsene Wenger's side to bounce back on home soil against Olympiacos. But the Greeks had other ideas and lead the match on three separate occasions for the eventual 3-2 away win. Arsenal will now face group leaders and one of the tournament's favorites FC Bayern in a stretch that could potentially see the Gunners sitting with no points at the bottom of the group after four matches played. 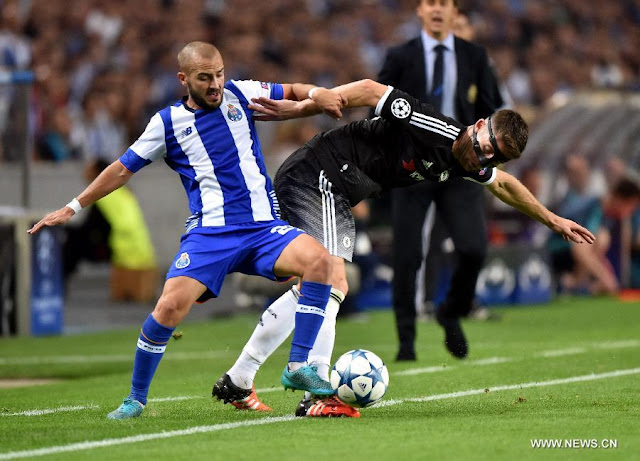 Travelling to Estádio do Dragão where he once was a popular figure, Jose Mourinho was hoping his side could show in the European competition a bit better than their recent domestic performances. But his former club Porto was not going to give in to their former manager and have jumped out in front twice to win the match 2-1.

Perhaps Chelsea's struggle on the road in Porto would not even make this list if it wasn't for the side's dreadful start to the EPL season. Nonetheless, the club looks out of sync and will have to put their best foot forward against Ukrainian opponents Dynamo Kyiv which had managed to split the points against the Portuguese side in week 1.
SHARE SHARE SHARE