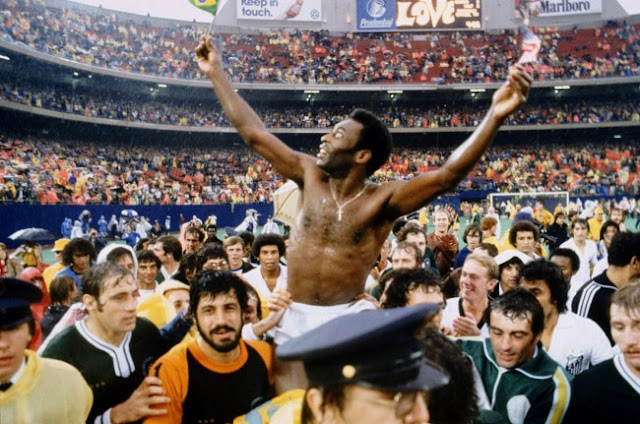 Giants Stadium, in the Meadowlands is perhaps not the first venue that would spring to mind for the final appearance of a football legend that wasn't of the gridiron variety.

But on 1 October 1977,  Edson Arantes do Nascimento better known to the world as Pele graced a football pitch as a player for the final time.

Prior to coming to America, the three time World Cup winner with Brazil had spent the entirety of his club career with Santos despite numerous lucrative offers to move to Europe. But in 1975, coming towards the end of his career, the most famous footballer on the planet made the surprise move to the United States when he joined up with the NASL's New York Cosmos.

Unlike the present MLS, which has evolved into a serious and professionally run league, it's North American soccer predecessor the NASL was a wild and crazy affair that featured cheerleaders, bizarre breakaway style shootouts, colourful players and outrageous uniforms, including a Colorado team that had leather fringes on their kits.

Needless to say it wasn't taken very seriously by the established football aristocracy and Pele's move there raised some eyebrows.

When considering though that he signed for $1.4 million a season with the Warner Communications backed Cosmos, an enormous sum for an athlete in the mid-1970's, the move makes a little more sense in retrospect. 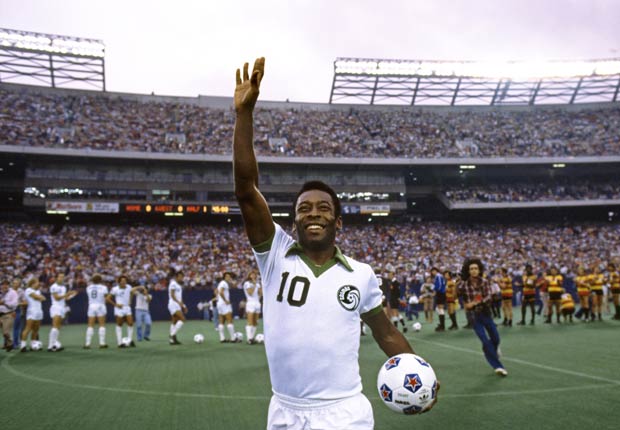 In his first match for the Cosmos at New York's Downing Stadium the club's ownership, hoping to save face with the watching media, ordered the barren pitch to be spray painted green.

Pele's debut against the Dallas Tornado was broadcast to 22 countries around the world and helped create the buzz that not only the club, but the league had been looking for.

With interest in the league, and Cosmos in particular growing, more and more fans began to flock to the stadiums, with the Cosmos themselves drawing nearly 78,000 to a playoff match at their new home in the Meadowlands in 1977.

Following a win in the NASL Soccer Bowl that year, Pele decided to call time on his illustrious career and appropriately bowed out during a friendly between his beloved Santos and the Cosmos.

Playing a half for each side, the Brazilian legend scored a goal from a free kick in the first half for New York and was carried off by his former teammates from both sides at the end. 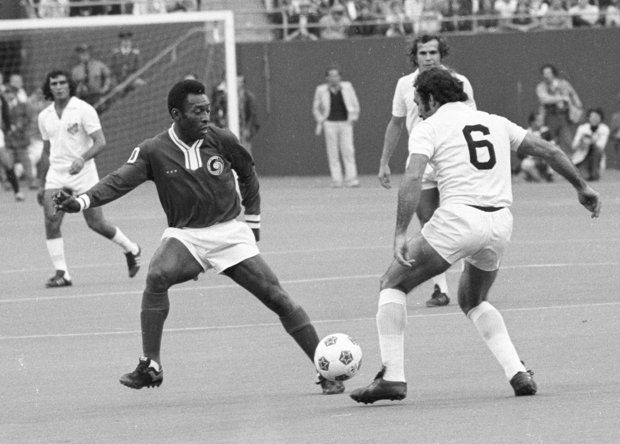