The Heartwarming Story of Sun Jihai and the National Football Museum 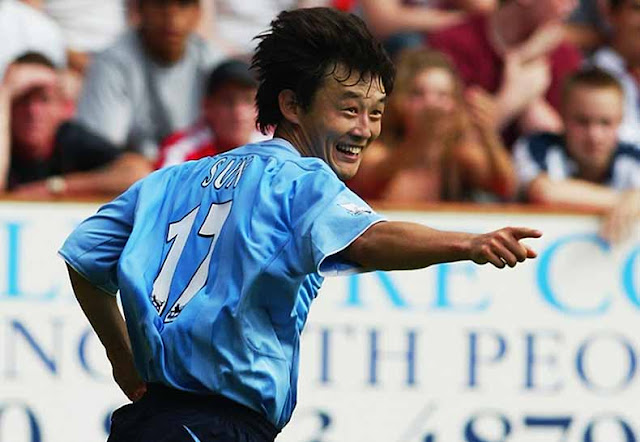 
Who the hell is Sun Jihai you might ask? Well, shame on you for not knowing the name of an obscure Chinese footballer who played for an average Manchester City side ten years ago. I mean, remember the time he starred in City's 8-1 hammering by Middlesborough? How could anyone forget that?

Well, if you believe in coincidences Jihai's addition to the National Football Museum comes in the week of Chinese president Xi Jinping's state visit to the United Kingdom.

Now if you find that odd, and are of the conspiracy minded persuasion, the former City player's selection for the Museum's wall of fame was not made by the usual panel of former player and football historians, but by the Museum's management.

A spokesperson at the museum said the award was in recognition of Sun’s “ambassadorial role in enhancing the profile and popularity of English football to a Chinese audience and to coincide with the state visit to the UK by President Xi Jinping”.

I wonder if our new Canadian Prime Minister elect Justin Trudeau were to visit the UK we would finally see Ipswich's Craig Forrest take his place in the Museum's hallowed halls? Or perhaps former Cambridge United star Carlo Corazzin could be Canada's ambassador?

A nation awaits an answer to that.

The Sun Jihai story is wonderful stuff really, and a credit to the integrity of this hallowed shrine to English football.

Keep on rocking in the free world brothers and sisters.