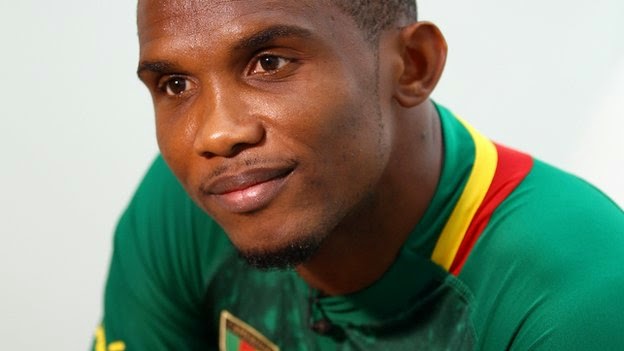 Cameroon international Samuel Eto’o is one of the most recognizable African footballers of all time.

He has made a name for himself playing for Barcelona in La Liga, Inter Milan in Serie A and Chelsea in the Premier League. A proved winner and a prolific striker, Samuel Eto’o has also been the star of his home country of Cameroon, and while he was with his team at the World Cup in Brazil, an injury prevented him from being a strong contributor.

Many things have been written about Eto’o, but perhaps the next couple of lines will bring some new facts about the man and the player that you didn’t know yet.

Here are the 5 less known facts about Samuel Eto’o.

Growing up his nickname was “little Milla”, in reference to Cameroonian international Roger Milla. His connection with Milla dates back to his childhood, when he caught one of Milla’s jerseys that he had thrown into the crowd during a match. In an interview with the BBC, Samuel Eto’o had this to say about his connection to the former Cameroonian star “He was one of the best in the world, not just in Africa. A lot of us think he did not win the Best Player in the World award just because he was African. It was an honor to have the nickname, he was an inspiration”.

During his teenage years, he wasn’t able to join a French side due to his youth and lack of proper documentation. Instead, he would end up joining Real Madrid youth academy. He wasn’t ever able to make an impact with Real Madrid and ended up being loaned to several teams, before eventually making his way to Barcelona.

Eto’o holds the record for most appearances by an African player in La Liga games. He played for several teams in La Liga, but he is better known for his time with Barcelona. In 5 seasons at Barcelona he has 145 appearances and 108 goals, impressive numbers.

He has won the African Player of the Year four times, making him the most decorated African player of all time. He has also finished third place in the 2005 FIFA World Player of the Year voting. He won the Olympics in 2000 with Cameroon and he is also a two time Africa Cup of Nations winner. He is currently the all-time leading scorer for Cameroon and the third most capped player in his country’s history.

Eto’o has written nine graphic novels about his life, the latest is called “Birth of a Champion” and it focuses on his time in Douala, Cameroon. His decision to create his autobiographies in graphic novels was driven by the fact that he wanted them accessible to children. 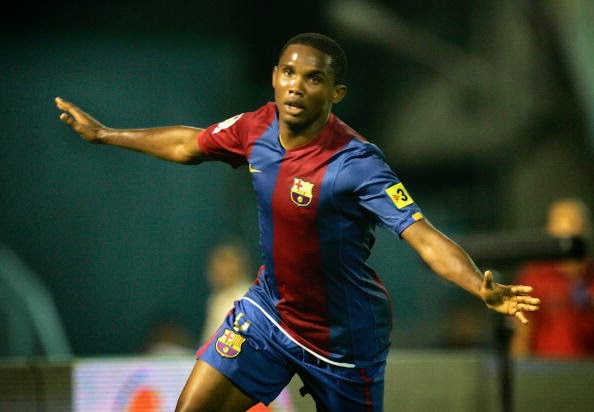