Goalkeeper Convicted of Assaulting an Opponent at a Nightclub 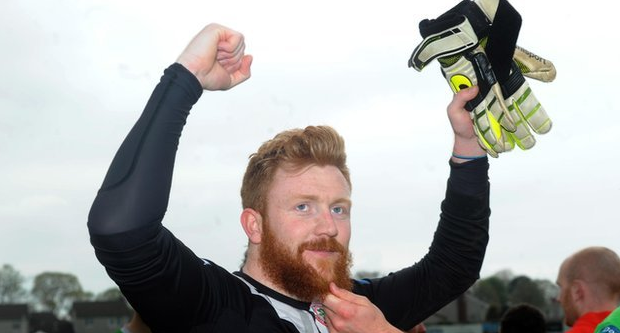 If you had read that one single line, you would think that this was a post-fight recap by Joe Rogan, in some UFC Celebrity Fight Night. It wasn’t, this happened in a nightclub between Conor Devlin, the Cliftonville goalkeeper and Jim O’Hanlon, the Glentoran winger.

The two opponents crossed paths in a nightclub and Conor Devlin claims that Jim O’Hanlon pulled on his beard, which was enough for Conor Devlin to knock him out with a single punch. Anderson Silva would have been proud of Conor Devlin’s punch that was one hell of a swing.

Unfortunately for Devlin he wasn’t in a ring but in a nightclub instead, and he ended up being charged and now convicted of assault causing bodily harm. The two players have conflicting stories to what happened that night, while O’Hanlon claims to have touched Devlin’s beard once or twice as part of some friendly banter, the Cliftonville goalkeeper claims that he was assaulted when O’Hanlon pulled at his beard with both hands.


I obviously wasn’t there so I have no clue on who is telling the truth or who is lying, but what possesses a man to pull on a complete stranger beard? Was he drunk, was he trying to start something with someone he perhaps has had problems during a match? Whatever his intentions were it landed him in the hospital. He claims he doesn’t remember much after he was punched; only waking up in the hospital and wondering how he got there.

Devlin believed he had done nothing wrong, he had told O’Hanlon to stop he didn’t and then he decided to take matters into his own hands, by punching him and knocking him out. The judge didn’t agree with him and convicted him of assault. He will now have to pay a fine, when the only thing he should be paying is a bar tab and a cab driver to take him home after a drinking night with his friends.

Oh yeah, I forgot to mention it, this happened in Northern Ireland, where I thought bar fighting, drinking and ending the night passed out in a hospital was part of the day to day activities.