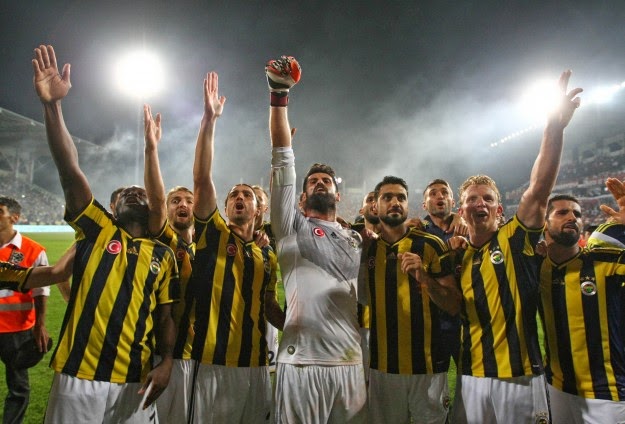 This week on the weekend recap we bring you highlights from Turkey, Major League Soccer, England and the Netherlands.

Probably the most entertaining 0-0 draw I have seen in a long time. When these two meet it's always bound to be interesting. Fenerbahce enjoyed more chances in this affair, but with Galatasaray's Uruguayan goalkeeper on his game the match went to penalties. At the kick-spots, Galatasaray players managed to put two balls over the crossbar and although their keeper came to the rescure twice with two incredible saves, it was the blue and yellow who celebrated the first trophy of the season in Turkey.

We promised you this Cascadia derby would be interesting and it sure was. Obafemi Martins got on the score-sheet twice to give the visitors Seattle a 4-2 win.

Another fixture from our Friday "5 Matches to Watch This Weekend" and this one did not disappoint as well. Ajax looked the stronger of the two playing in front of their home crowd. But even though they got off to a 1-0 lead, PSV capitalized on numerous defensive mistakes from the hosts in the second-half and concluded an important away affair in Amsterdam with a 3-1 win.

It looked all but sealed for the Toffees when the led against London's Arsenal FC at home with just seven minuted remaining in regulation. But the Gunners had other ideas as they completed the comeback to tie the game at 2-2.

An unlikely choice for best match of the weekend, but this one had it all. The main spectacle in this one was the incredible goals (especially the third of the affair by San Jose midfielder Sam Cronin). After enjoying a 2-0 home lead, Philadelphia let San Jose back in the game, conceding twice. But it would be the hosts day to enjoy after all, as the Union managed to score twice more to win by a final score of 4-2.