Glory Hunters: Too Much Gin Not Enough Juice - Part 1 (Gallery) 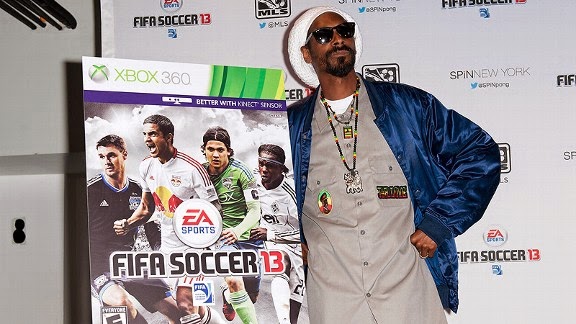 Many famous people outside of the sports world seem to love to be associated to athletes, teams or events.

So it isn’t a real surprise when you see a musician wearing a jersey of a Spanish football team during a press event or even an interview with the media. What has become painfully obvious is that most of these people do it not because they enjoy the game or follow said team but because it is a cool thing to do or because they want to earn some brownie points with the city in which they are currently in.

These guys are nothing more than glory hunters, and they are using those teams to promote themselves in front of their fans, but end up coming across as a bunch of idiots.

In our first part of this “miniseries” I will be looking at Snoop Dogg. When it comes to football clubs he has proclaimed his affection for as many as the girls he has danced with in his hip hop videos. Here are some of the examples of his football club affection.