Jovetić Looking at Making Up For Lost Time 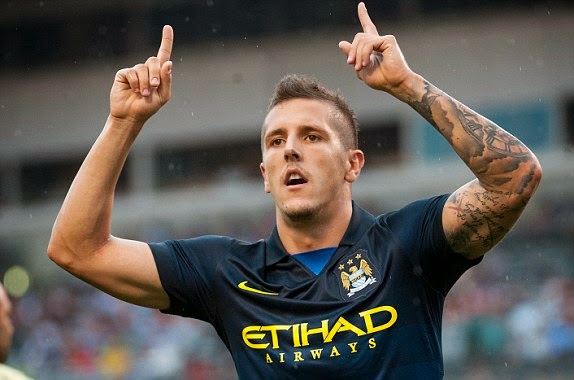 After signing with Manchester City from Fiorentina in 2013 and struggling with injuries and lack of playing time during an opening season that saw him score only 3 league goals all year, Jovetić is looking at 2014-15 as his breakout year with the Premier League champions.

When you think of Manchester City striker you probably don’t think of Jovetić as one of your main options, but the Montenegro international came into this season looking at proving all his doubters wrong.

He took full advantage of Sergio Aguero being away from the squad and Alvaro Negredo being injured to get as many minutes as he could during pre-season. He was given the minutes and he used them well, scoring goals for City and showing Pellegrini that he could count on him during the season.

The pre-season success wasn’t enough to win him over his critics. Some have said that he has never scored more than 14 league goals in one season, or the goals he scored last season for City were against inferior opposition or even how much City paid for him. After seeing him play a full pre-season and how well he played against Liverpool, scoring two goals in a 3-1 win, he has convinced me.

I am not saying that he will push Aguero, Dzeko or even a healthy Negredo to the bench and he will take number spot in the pecking order, far from it. What I believe he will do is allow his coach one more valid option for the attacking duo that he will put in play at any given day. City has a long season ahead, with league, league cup, FA cup and Champions League games, add to that Aguero’s history of nagging injuries, Negredo returning from injury and that leaves you with Dzeko. For a season this long and difficult, City will need all four, and Jovetić will make sure he is dependable and productive for the team.

He will get minutes and he will get starts, he won’t push Aguero to the bench but he will allow Aguero the rest he needs in order for him to be successful and stay healthy for the duration of the season. Jovetić will be Robin, to Aguero’s Batman, and for City to have a successful season and come into the last stretch of the calendar firing on all cylinders that needs to happen.

Jovetić will score more than 15 goals this season, he will get starts and he will be another incredible valid option for his coach to use at any game, and at any point of the year. If he understands his role on this team, and accepts that they are all there to help the club first and foremost, this could end up being his best season ever.

He may never be able to quiet down his critics, or even get more minutes than Aguero, but he will prove how valuable he can be in a team that wants to win multiple competitions and is playing in one of the most demanding leagues in the world. 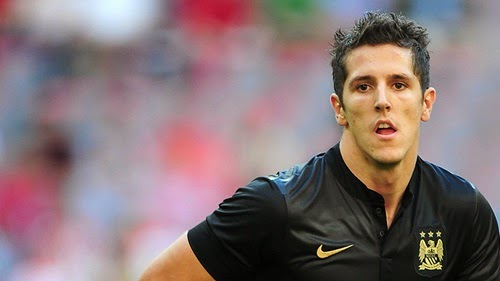