A Funny Opening Weekend in the EPL 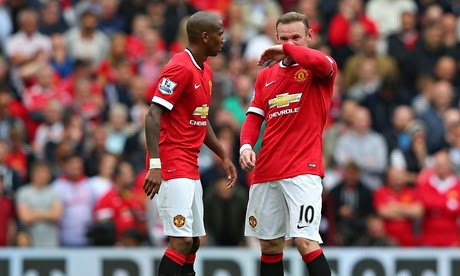 Besides the goals, upsets and late drama on the opening weekend of the EPL, there was also a bit of humour on show.

During Arsenal's victory over Crystal Palace, referee Jonathan Moss struggled with the concept of the new free kick foam cans and sprayed it right into Santi Cazorla's face. No one had told Mr. Moss that the spray isn't for the purpose of casually subduing mouthy players apparently.


You Can Live On It, But It Tastes Like Shit

Poor Ashley Young. Over the past two seasons or so he's fallen afoul of the Manchester United faithful, as they claim he's nowhere near good enough for the Old Trafford club. In fact some of them say he's just shit. Well, Ashley Young and shit certainly went together on Saturday as a bird crapped right into his mouth during United's loss to Swansea.

Who hasn't dreamed of trying to curl a Beckham like free kick around the wall against your clubs hated rivals. During the West Ham and Tottenham match yesterday, a cheeky pitch invader did just that, as he curled a great effort over the wall and drew a save from the keeper. Once he makes bail, look to see West Ham swoop in with a bid.