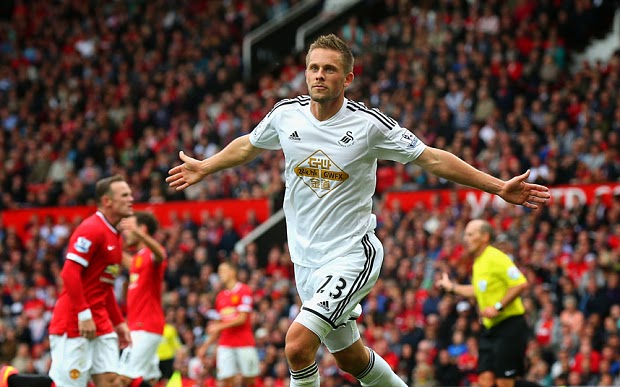 This week we got highlights from Brazil, Belgium, Netherlands and of course the first week of EPL.

Sao Paolo had to wait to the very last minute to claim a victory in a dominating performance over league rivals Palmeiras. A stunning header from Alan Kardec gave the visitors the deserved lead after their go ahead goal by Alexandre Pato was cancelled out by Henrique's goal from the penalty spot.

This match was a huge surprise and an incredibly unique result in the Belgian league. Standard Liege, a 116 year old club who had missed out on the Belgian title by just two points last year traveled to the town of Mouscron, to take on a club that has been in existance just 4 years, making their first appearance in the top tier of Belgian football. Royal Mouscron-Péruwelz who had been established in 2010 as a result of two clubs going bankrupt, surprised the Belgian football league by defeating one of the strongest clubs in Belgian history by a very large scoreline. Aside from the surprising score at full-time, some of the goals in this contest were also quite wonderful.

A goal 5 minutes from full-time gave the Foxes a reason to celebrate on their first match back in the Premier League for the first time since the 2003-04 season. New Zeland striker Chris Wood was the hero on the day slotting the ball in the back of Tim Howard's net to secure a 2-2 draw.

In this Dutch league affair, home side FC Twente managed to both go ahead and have to tie the match with just minutes left on the clock after Den Haag's two unanswered come-back goals.

Louis van Gaal's reign at United did not start as smoothly as expected when Swansea City came into Old Trafford and shocked the hosts with a 2-1 win.