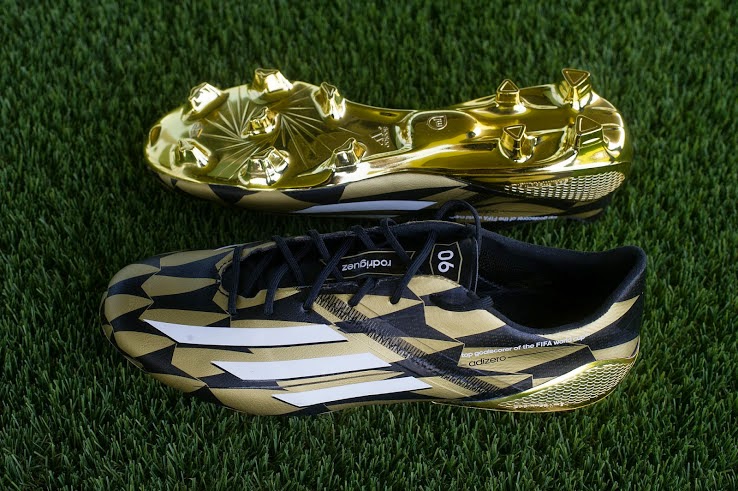 Adidas took the opportunity of James Rodriguez receiving is Golden Boot trophy to unveil the new Gold James Rodriguez Adizero boots that will be hitting the market very soon.
The Colombian 23 year old lead all scorers in Brazil’s 2014 World Cup with six goals, and now not only he had the Golden Boot trophy he has his own golden boots that he will be able to wear when he hits the field for Real Madrid. 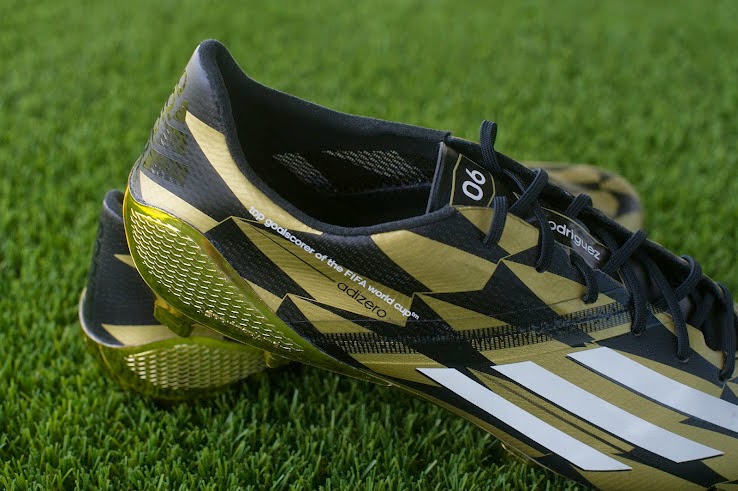 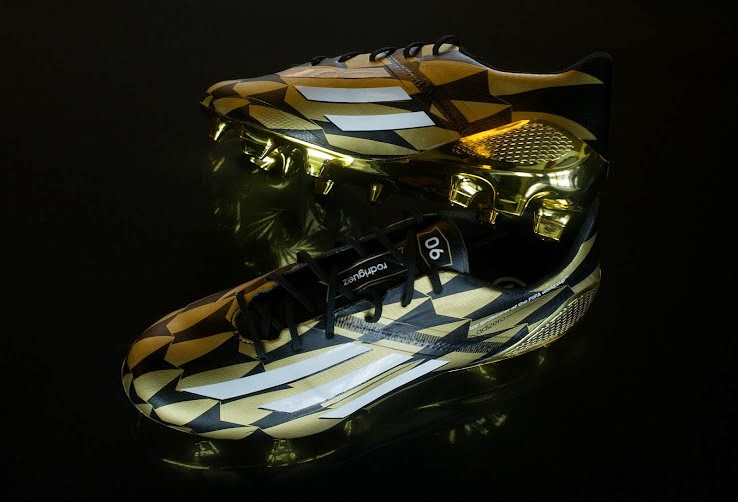 The James Rodriguez boot was created with miadidas, which lets players design their very own boot. To represent the award he received from FIFA, the boot will be mainly gold with also some black in the upper part of the boot. Adidas has added some special effects to personalize the boot even more. The number 06 and the name Rodriguez was added to the tongue but they also added “top goalscorer of the FIFA World Cup” to the upper part of the boot.

This boot is a very slick design and somewhat close in color to the Cristiano Ronaldo Ballon d’Or boot.