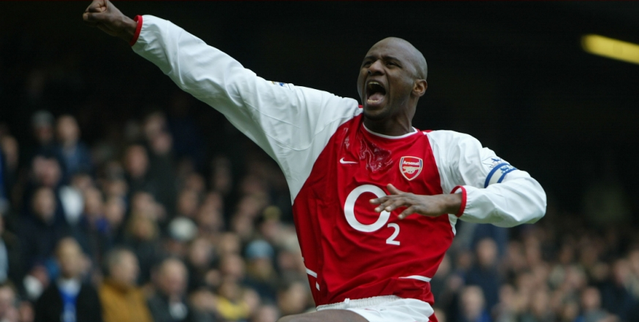 Patrick Vieira is an absolute Arsenal legend, and what better way to celebrate this Throwback Thursday edition of FootyFair than to remember his first goal with the Arsenal kit.

The former French international joined Arsenal in 1996 and enjoyed an incredible career in London that spanned nine years. During that time he won two doubles and was a key member of the now famous “Invincibles” squad.

Never a goal scorer, he brought other tools to the table, and was an incredible force in the midfield. A boss and a voice of command for a very well organized team. His first goal for Arsenal came against Derby County.

Not a bad goal for someone that didn’t really make a name for himself by scoring goals.