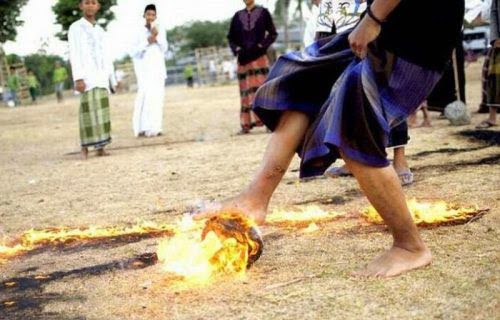 On the island of Java in Indonesia, one boarding school has a pretty weird tradition when it comes to one specific game of football. But while it may not be news that a game called 'Fire Football' is played on the island, for those that have never heard of this game this article may be a bit of a shocker.

With their bodies covered in a mixture of salt and herbs to reduce any burns, students in this particular school play a game of football using a coconut that is set on fire. Perhaps using a coconut that is not doused in gasoline and set alight would be difficult enough, but these students see the flame ball as being a fun alternate to regular football.

The game is a tradition that is played by those who enjoy regular footy and is played each year to celebrate the birthdays of the boys in this all male school and apparently also to test their courage.

According to staff members at the school, they say a short prayer for the students playing...which obviously makes it so much safer. 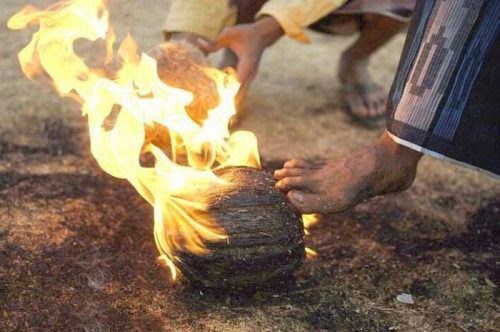 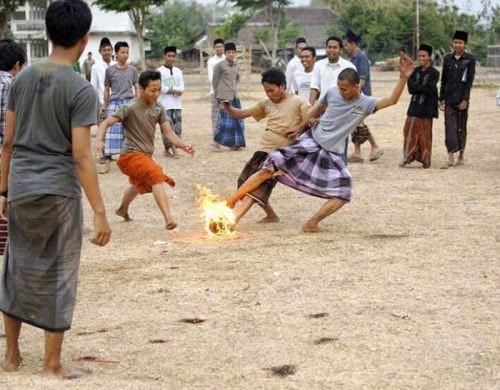 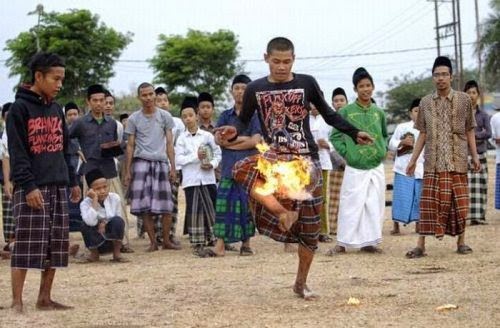 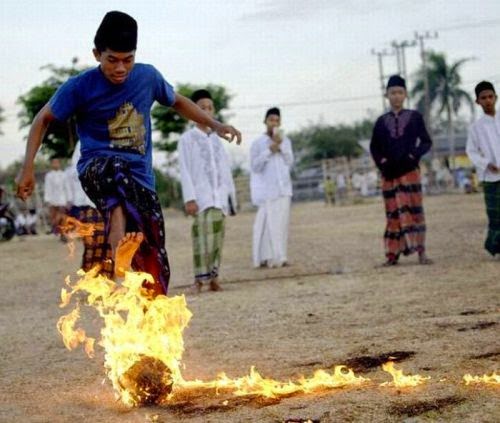 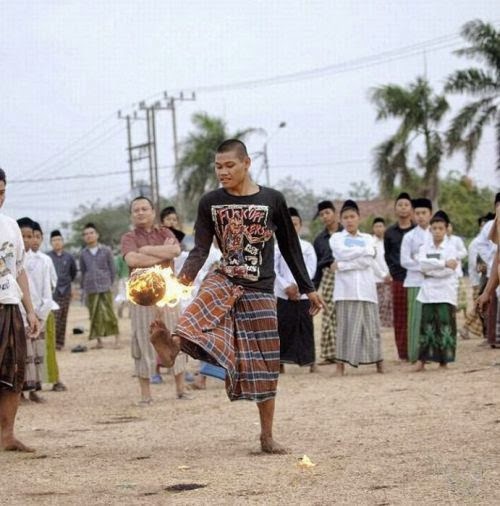 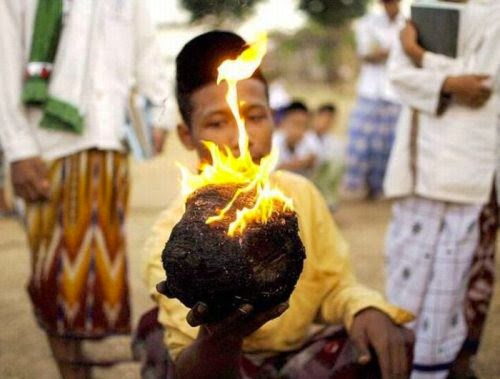 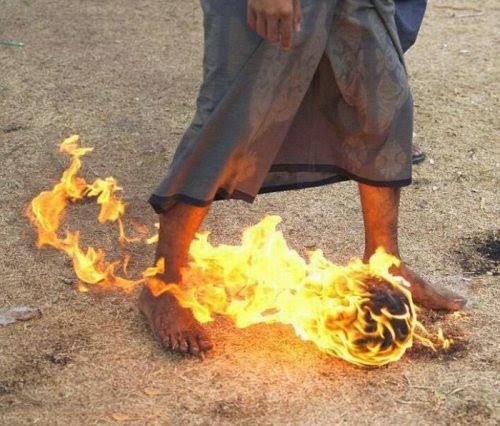 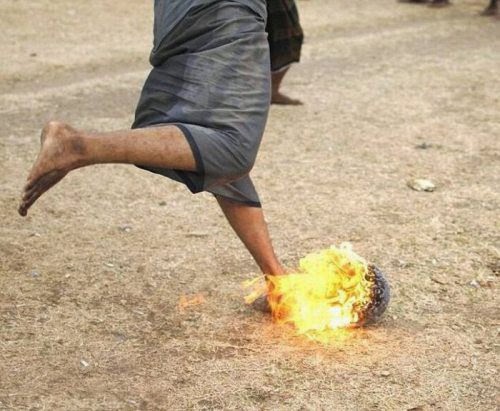