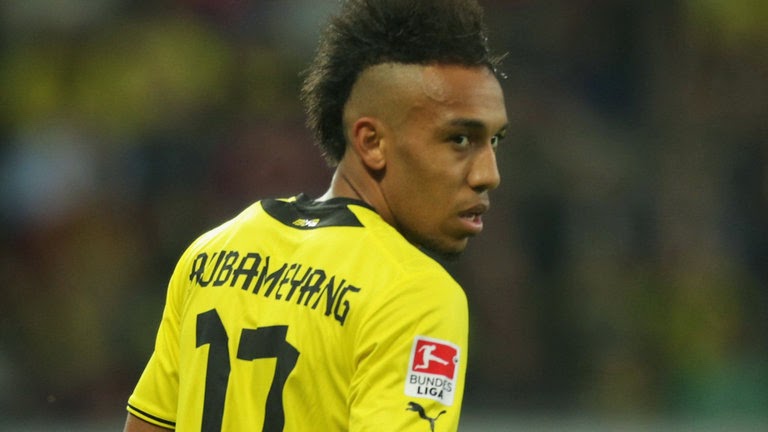 Pierre-Emerick Aubameyang was recently named to the five man short list of contenders for BBC African Footballer of the Year 2014. The current Borussia Dortmund striker is one of the upcoming African players playing in Europe and is building a reputation for himself in Germany.

It is no surprise that his name is one of the five names being considered for this prestigious award. The Gabonese footballer is one of the favorites to win the award which would be a reward for the year he had.

While most knowledgeable fans are aware of what he has done, there are always some facts that elude even the most hardcore fans. Here are five less known facts about Pierre-Emerick Aubameyang.

Aubameyang is better known for his incredible speed. He has been clocked at 30 meters in 3.7 seconds. He has also claimed to be able to run faster than Olympic sprinter Usain Bolt, but that hasn’t been proven. He has been challenged to a 100 meter race by German sprinter Julian Reus but he has not accepted the challenge.

In 2012, Aubameyang played a game against Olympique Lyonnais wearing a pair of Swarovski crystal encrusted boots valued at $3,918. The boots had 4,000 small crystals in a design that included his name, number and his clubs crest and colors.

Aubameyang is the first Gabonese player to play in the Bundesliga or any other German league. He made his debut on August 10, 2013 after joining Dortmund in July of that same year. He had a dream debut by scoring a hat trick in his first game, which was played against FC Augsburg.

In July 2012, Aubameyang went to London to represent Gabon at the Olympic Games. In the first match against Switzerland he scored the only goal of the game, which would end up being the only goal Gabon would score in the competition. This was Gabon’s first and only ever goal scored at an Olympics. 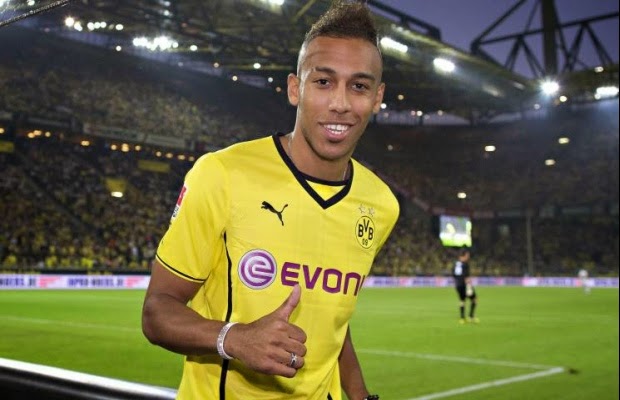