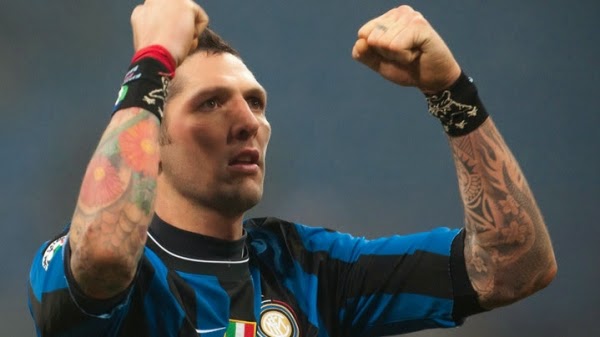 Marco Materazzi is in the process of signing a three year deal with WWE that will have him making his in ring debut during the 2015 WrestleMania.

He is going to be paired up with Santino Marella, which will act as his translator and manager. The storyline will have Materazzi move to the USA to join his cousin Santino in WWE, in order to show the world the supremacy of the Italian people over all others.

Materazzi will be going by the ring name of Italian Stallion which is a clear rip off of the nickname used by Sylvester Stallone in the movie Rockie. His in ring finishing move will be the Roman Suplex, which will be a variation of the regular suplex used by current wrestlers.

He is finishing the Indian Super League season in India and is scheduled to travel to North America early in 2015 to start his in ring training. He will be working with some of the best wrestlers in WWE in order to get to be ready for WrestleMania.

Santino Marella is very excited about working with the football star and former World Cup winner, when asked about it during the Stone Cold Steve Austin podcast he said: “It will be an honor to working with such an athlete and a person. I will do my best to make him feel like he is part of the WWE family.”

This isn’t the first time athletes make a move to sports entertainment, but this will be the first time that someone without a background in wrestling or fighting makes a move to the WWE as a wrestler.

WWE sources tell us that if there is someone capable of making this transition is Materazzi. He has a very strong work ethic and is very motivated with this new challenge in his life.