The Harsh Realities of Champions League - Rd of 16, Leg 1 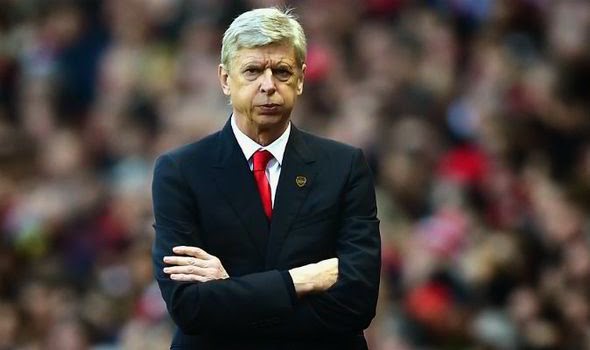 The UEFA Champions League Round of 16 is upon us and the excitement has already managed to deflate for some of the fan-bases. As we always do, we take a look at the teams that did not impress us much in the first leg of competition.

Aside from the fact that Atlético managed to lose in Leverkusen by an absolute perfect margin for the hosts, Spain's defending champions and last year Champions League finalists just didn't seem to be "in" their first leg fixture in any capacity. With overall possession of less than 40%, just 2 shots on target and a red-card to Portuguese midfielder Tiago, the visitors seemed almost disinterested.

The big question now is whether Atlético can bring back the exciting style of football with which they managed to attract thousands of new supporters less than a year ago when Diego Simeone's side showed the world that not only big-money clubs can achieve greatness. 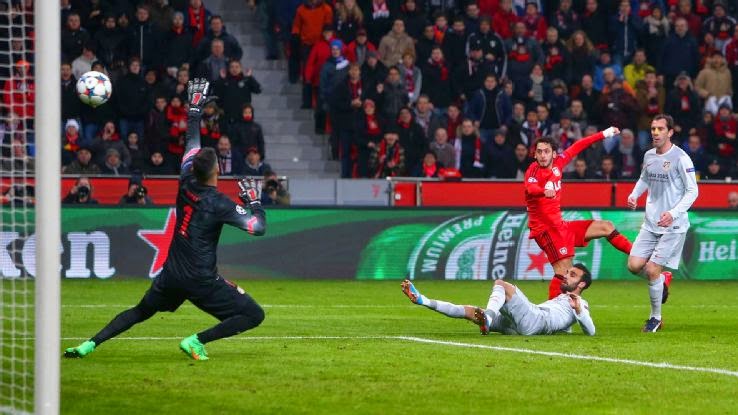 When a side like FC Bayern take to the pitch in an away two-leg fixture, the game-plan is almost always the same; score away from home. Managing just 2 shots on goal against a Ukrainian side that can't play in their own stadium, but rather have to host their matches a mere 1,200 kilometers across the country in Lviv is unacceptable for Pep Guardiola's side.

Now, the Germans are facing the fear of any surprise away goal from Shakhtar at the Allianz Arena. That and the fact that Spanish midfielder Xabi Alonso will be missing the home match due to his red-card in the first leg, a sending-off in what was supposed to be a celebration of his 100th UEFA Champions League appearance. 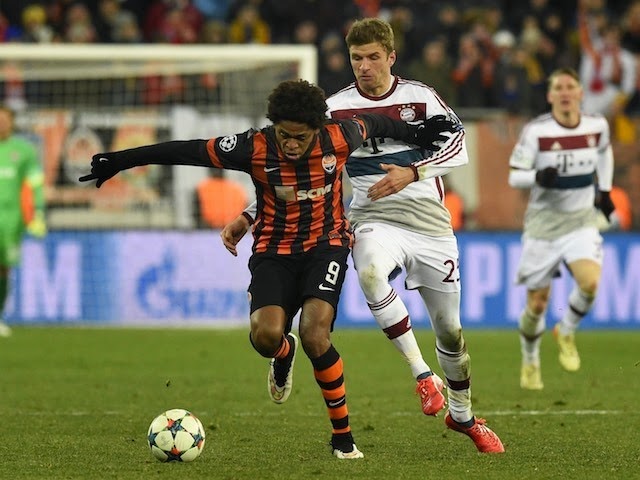 Perhaps it was the deflected against the run of play goal that opened the scoring for visitors AS Monaco, or maybe the lack of confidence that Arsenal has generally displayed in the knock-out stages of this competition, but the Gunners have their work cut out for them as they are looking to travel to France for their 2nd leg match after a 3-1 loss on home ground.

What seemed like a bright start for the home side initially, took a negative turn when AS Monaco's Geoffrey Kondogbia saw his long range shot take a deflection off of Arsenal's center-back Per Mertesacker and hit the back of David Ospina's net. Arsenal turned the pressure on again, but the English side was just not clinical enough. The Gunners kept at it, but saw various chances such as tap-ins and free headers inside the Monaco box go wide.

Even when the home side managed to score late and bring the scoreline to a more acceptable 2-1 tally, instead of slowing the match down and taking the one goal deficit into the 2nd leg the Gunners rushed the kick-off, giving Monaco enough time to score a third away goal, surely putting the French side into the quarter-finals. 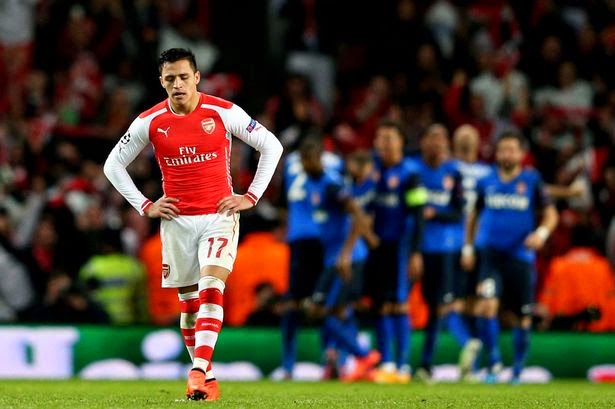