Alianza Lima Fans Fight Amongst Each Other in Argentina 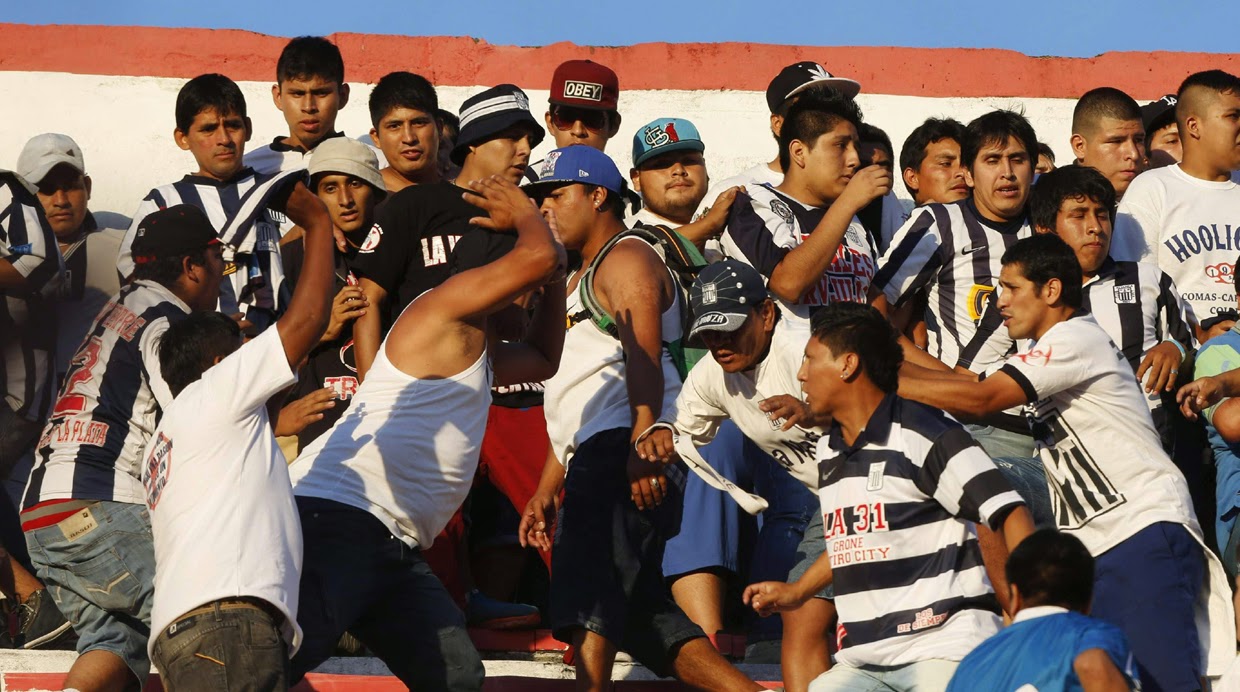 Alianza Lima is the oldest and the second most successful club in the football league of Peru. They are known for their successful domestic history and their bitter rivalry with club Universitario. As a result of this derby with their rivals, Alianza supporters have shown on many occasions that they are able to turn to violence for their beloved club. In yesterday's Copa Libertadores match against Argentine club Huracán however, the supporters of the Peruvian capital club turned not against a rival set of fans, but instead decided to take their frustration with their own club against one another.

After losing 4-0 in the first of two legs against Huracán on home soil, some Alianza supporters apparently stormed their team's locker room and attacked their own players, leaving a couple of them injured in the process. But the one-sided loss in the first of two matches did not stop many Peruvian fans from travelling to Buenos Aires to watch their club in the return match. 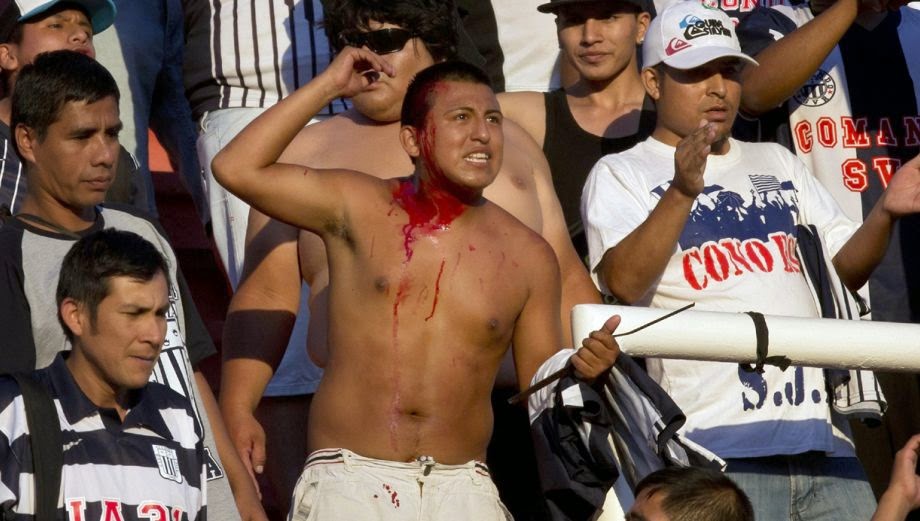 When the scoreline was still at 0-0 late in the match and hope to qualify for the group stages of the competition were all but gone Alianza supporters turned on each other using shoes and belts as weapons to fight.

The two sides on the pitch slowed the match in protest of what was happening in the stands, but the Alianza supporters did not seem to care. Some fans were seen bloodied, while others were trying to shield children from the violence.

Huracán has now qualified to the group stages where they will face Venezuelan club Mineros, Brazilian side Cruzeiro and a Bolivian club that goes by the same name as Alianza's big rivals Universitario. 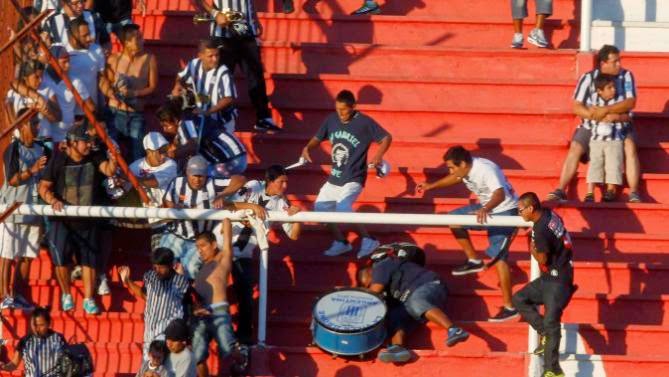