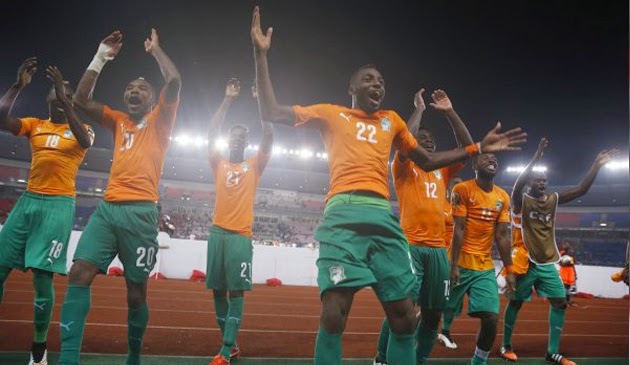 Ivory Coast celebrated their African Cup of Nations title last night after defeating Ghana in the tournament's final via the penalty-shootout after the full-time and extra-frame both finished in a 0-0 draw. Here are 5 interesting things to know about the tournament that just passed.

Marseille's André Ayew was named the top scorer of the tournament with just 3 goals and 2 assists to his name. Ayew was in fact tied with four other players with the same amount of goals scored however. Tunisia's Ahmed Akaïchi, host nation Equatorial Guinea's Javier Balboa, Dynamo Kiev and DR Congo striker Dieumerci Mbokani and Congo's Thievy Bifouma had all also scored three goals each.

The 2015 tournament did not see any AFCON debutantes, however, two nations made just their second appearance in the African tournament. Hosts Equatorial Guinea and Cape Verde only appeared once before in the African Cup of Nations with the hosts playing the tourney in 2012 and the Cape Verde in 2013.

#3 - Goal of the Tournament

Chelsea's Everton loanee Ghanaian winger Christian Atsu only scored two goals during the tournament, one of which however won him the goal of the tournament award. (goal video below)

#2 - Ghana Had a Better Record

Although Ghana lost to the Ivorians in the tournament's final match, Avram Grant's team had the better record in all of their matches as compared to the champions. The Elephants amassed 3 wins and 3 draws on the way to the title, but Ghana recorded a solid 4 wins 1 draw and 1 loss from their 6 matches giving them a total of 13 points compared to the 12 of Ivory Coast.

The win last night was Ivory Coast's second AFCON title in the history of the tournament. Their first African championship was won in 1992 when the tournament was hosted by Senegal. In that final match 23 years ago the Ivorians and Ghanaians also finished the game with a 0-0 draw requiring penalty shootouts, which Ivory Coast won after a total of 24 shots; the exact same amount as this year.
SHARE SHARE SHARE