Goals Galore of Weekend Past 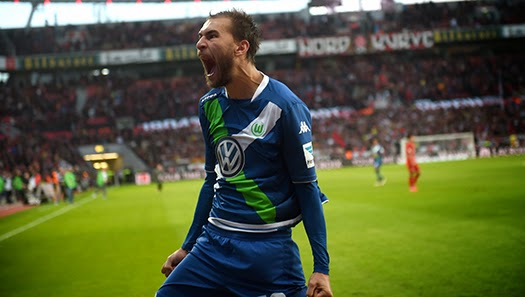 While the English Premier League took a weekend break to make room for some FA Cup fixtures other leagues went on as scheduled, including England's second tier the Championship. With plenty of regular league football still going on around Europe the 'major' leagues this past weekend have produced a few very interesting matches, all of which saw 7 or more goals being scored in the process. We take a look at the highest scoring matches across the continent, including one very awesome match from England's second division.

Penafiel 3 - 4 Maritimo (Portugal)
Last place club Panafiel hosted mid-table team Maritimo in a match where the first 20 minutes signaled a possible turn in faith for the bottom-feeders as the hosts were 2-0 up after just 18 minutes played. The visitors from Madeira managed to get one back via a penalty-kick in the first half and then struck three more unanswered to start the second, taking a 4-2 lead. A 90th minute goal from the hosts would prove too late for a comeback of their own, keeping Panafiel at the bottom of the Portuguese top division.

FC Utrecht 6 - 1 FC Dordrecht (Netherlands)
Another 7 match affair and one that also included a last place team was the fixture between FC Utrecht and 18th placed visitors FC Dordrecht. After going 3-0 down the visitors managed to get one back after Utrecht midfielder Willem Janssen was shown a second yellow. But after going down a man themselves just 17 minutes later, the visiting club from South Holland could not hang on, conceding 3 more before the final whistle including a goal from Utrecht's on-loan French U21 striker Sébastien Haller which completed the youngster's hat-trick.

Bayern Munich 8 - 0 Hamburger SV (Germany)
It's safe to say that Hamburg has not enjoyed prime football success recently, but when they took to the pitch at the Allianza Arena in Munich few could have predicted the one sided match that it would become. The visitor's coach Josef Zinnbauer looked embarrassed on the bench as his club conceded 3 goals in the first half and an additional 5 in the second for an 8-0 final. (highlights below)


Blackpool 4 - 4 Nottingham Forest (England)
Last place Championship side Blackpool have scored just 23 goals in their 30 matches leading up to this affair with Nottingham Forest, so when the score was still 0-0 after 40 minutes it was not a big surprise. But the hosts managed to get one in just before the break, going 1-0 up. In the 65th minute the home side almost surprised themselves, taking a 2 goal lead. But that scoreline would only last two minutes as the visitors replied swiftly with a goal of their own, and then once more two minutes after that. Just like that, the match was all tied-up once more. Instead of losing full control the hosts would retake the lead, but giving up a penalty four minutes after that would bring Forest right back into it. At last Nottingham would take their first lead of the match against the now 10 man Blackpool in what seemed as surely the last goal of the match. But the hosts did not give up and tied the game up in injury time.

Bayer Leverkusen 4 - 5 Wolfsburg (Germany)
Perhaps the most exciting match of the weekend came about via the German Bundesliga when second place VfL Wolfsburg traveled to Leverkusen. After going 3-0 up in the first half the match seemed all but over and another easy victory for a Wolfsburg side that has been very strong this year. But the hosts had other plans, eventually tying the match up at 4-4 with a spirited second half display. The day belonged to Wolfsburg's Bas Dost however as he slotted the winning goal at the very end of the match to give the visitors an exciting win.