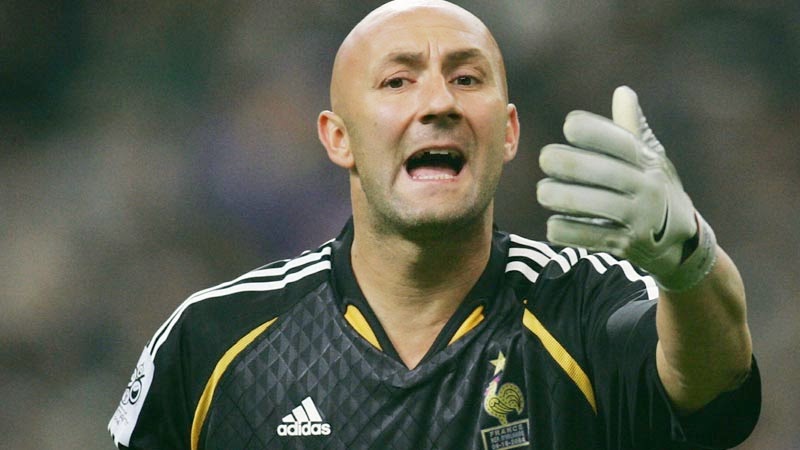 The most capped Goalkeeper in the history of the France national team with 87 matches, Fabien Barthez has become a legend not just in his nation, but around the football world altogether. Barthez had a fearless goalkeeping style, coming out for ever 50/50 ball and putting his body on the line almost in every match. Making his debut just a month before the 1994 World Cup, Barthez would have to wait 4 years to compete in a major tournament, because of France’s failed attempt to qualify for the 1994 edition of the World Cup and then the presence of Bernard Lama in goal in the 1996 Euros.

In 1998 however, Barthez would become a big part of French football history as he started in goal for his nation, as they hosted the tournament. Playing his club football with AS Monaco at the time, the French keeper was in his prime and proved to play a major part in France’s first ever World Cup glory. France started the group stage with two consecutive clean-sheets for Barthez, with a combined score of 7-0 over Saudi Arabia and South Africa, he conceded 1 goal in the last group stage match against Denmark, but France would go on to win 2-1 and preserve their perfect record. In the Round of 16, Barthez would prove to be a hero once more, stopping key shots from the Paraguayans as France could not find the net themselves until Laurent Blanc would score in the second half of extra-time to give the hosts a 1-0 win, and another clean-sheet for Barthez. In the quarters France faced 1994 finalists Italy, in a match that saw Barthez claim his fourth clean-sheet in the tournament, and after a 0-0 draw after extra-time the match went on to the penalty shoot-outs. Fabien Barthez restored order for the French with his save on Demetrio Albertini, immediately after teammate Vincent Lizarazu was unable to put his spot-kick in. Later, a Luigi Di Biagio shot to the crossbar, meant that France would qualify to the semi-finals. In the semis, Barthez would concede his second (and last) goal of the tournament as Croatia took the 1-0 lead, but a few good saves from the French keeper and a brace from teammate Lilian Thurman would put France in their first ever World Cup Final match against the then 4 times winning nation Brazil. In the final match Barthez stopped everything that came his way, with Brazil enjoying a number of goal-scoring chances. But the French keeper proved to be again, one of the best goalkeepers at the time with France winning the match 3-0, and enjoying their first ever World Cup victory.

With his 2 goals conceded in 7 matches, Fabien Barthez received the Lev Yashin award as the best goalkeeper of the tournament.

Two years later, Barthez was known world-wide as one of the better keepers in the world. Still playing for AS Monaco in the French domestic league, major European clubs were taking note and showing interest in the French international. This tournament would eventually prove crucial for Barthez’s club career, as his outstanding performance would eventually lead to a 4 year stint at one of the biggest clubs in the world, Manchester United. France and Barthez would start the tournament off exactly where they left off in 1998, with another clean-sheet in a 3-0 comfortable win over Denmark. In the next two matches however, Barthez did not enjoy the same success and although the French managed a 2-1 slim victory over the Czechs, they would go on to concede 3 goals against tournament co-hosts Netherlands in a 3-2 loss in the last match of the group stage. For the remaining 3 matches Barthez would not record another clean-sheet, but would still guide his team to the European title in an eventual 2-1 extra-time win over the Italians. Barthez was again a champion, and again a major reason why his teammates were raising a trophy over their heads.


The French national team as a whole, lost their ways in the years after the 2000 Euro tournament, and in the 2002 World Cup tournament even three consecutive clean-sheets from Barthez would not help them, as they could not record a single goal against the likes of Senegal, Uruguay and Denmark. Even them, France managed to come out with a point after a 0-0 draw against the Uruguayans.

In the 2004 Euros hosted in Portugal it was more of the same for the French, with Barthez still very capable in goal, but the rest of the team not performing well on the pitch. They did manage to come out of the group stages in first place, after a nervy 2-1 win against England, that saw Barthez save a penalty from a David Beckham shot. They would later crush-out of the tournament in the quarter-finals to eventual champions Greece.

Barthez’s last major tournament appearance was in the 2006 World Cup in Germany. A surprise start that saw Barthez steal the number one position from the then Lyon goalkeeper Gregory Coupet. Although his start in the French goal was seen as somewhat controversial at the time, Barthez did not disappoint. With two clean-sheets in the round robin, France was off to the knock-out stages with 2 draws and a win. In the Round of 16 Barthez would concede a penalty to Spain’s David Villa but would see his side through with a number of saves. Then, in the quarter finals Fabien Barthez would become the first ever goalkeeper to blank Brazil in back to back World Cup matches (first in the 1998 finals 3-0) with a 1-0 victory for France. Another clean-sheet in the semi-finals against the Portuguese would give Barthez a final tally of 4 in 7 matches, after another 1-0 win for his side. In the final game of the tournament Barthez and his teammates would face the Italians, a side the French had a great success rate with the bold keeper on their side. This time it was not meant to be however, after the incredible controversy of Zinadine Zidane’s head-butt on Marco Materazzi the game finished at 1-1 and went on to a penalty shoot-out, in which Barthez was unable to save his team this time around with all 5 shots going past him, and a David Trezeguet miss would hand the Italians the World Cup trophy.


Fabien retired from professional football in 2007 and went on to accomplish a life-long dream by joining the motorsport circuit as a professional driver. In 2010 Barthez enjoyed his first ever podium finish. 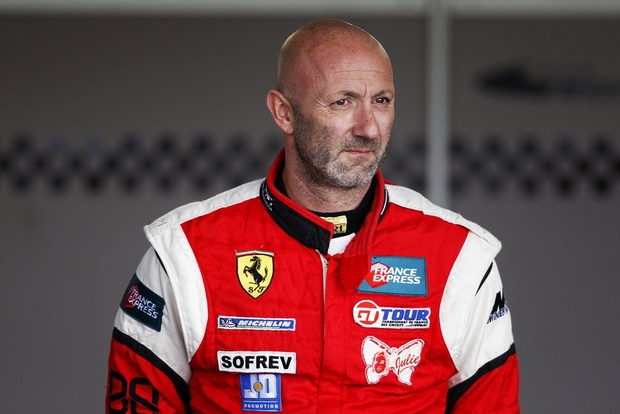