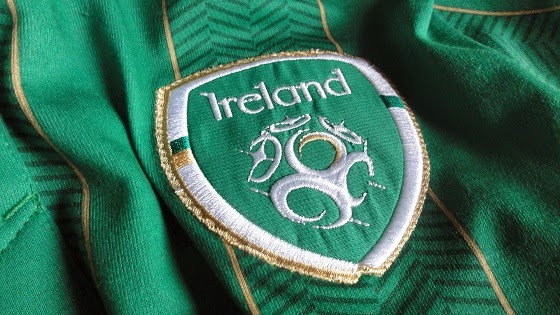 Every season, about a month or so before it all comes to an end, everyone starts planning their summer vacations or what to watch on TV now that football is leaving us for a few months; but not me. Other than the football season itself, new shirt release season has to be my favorite time of year! Seeing what designs the big boys bring out (Adidas, Nike , Umbro, Puma etc.) and comparing it to the more extravagant designs from the smaller companies (Macron and Warrior among others).

Then you get the world cup years. Every 4 years you get an extra stack of jerseys to drool all over, but that really is only the case if you come from Brazil, Germany, Spain or any of the big boys that are almost always guaranteed to be in the world cup. But what about us folks from the small island countries, or gigantic countries who just don’t care enough about football? Well we just have to wait and hope that we make it next time, so with that being said I’m going to do a rundown of my all time favorite Republic of Ireland jerseys.

In no special order of course… 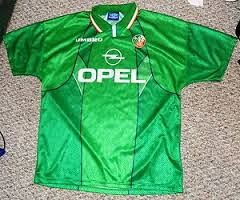 This one was Umbro’s first go at an Ireland jersey in 1994 and they did not disappoint! It was released after the 1994 world cup, and like other 90’s kits it was filled with patterns and shapes, things that made 90’s jerseys probably the most entertaining. Now, I love Umbro (despite their partnership with Manchester United in the 90’s), their kits are almost always pleasant and they’re very detail oriented, which (in my opinion) is something that can make or break a jersey design. And for all the Irishmen (or women) reading, who might disagree with my love-affair with this particular jersey, I have just one thing to say: 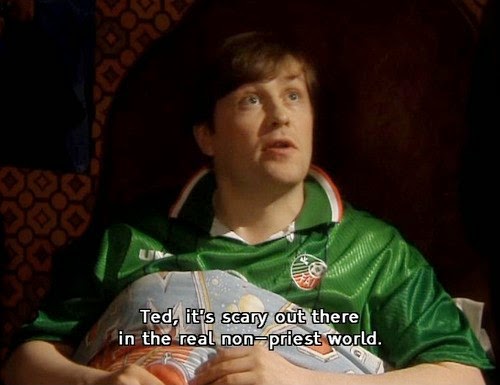 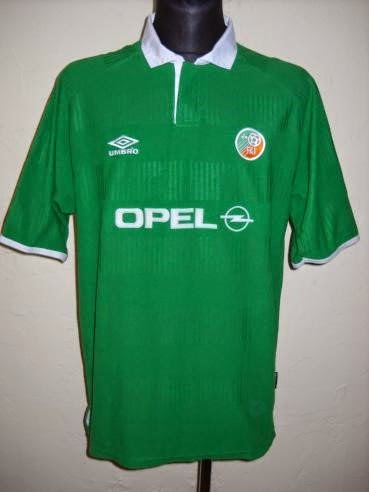 This jersey is a beaut! Released in 2000/2001 for the 2002 World Cup qualifiers (yes THAT world cup). Another classic design with beautiful small details by Umbro. It was a lovely soft cotton a nice change from the silky shiny jerseys that were doing the rounds just prior to this one. Simple clean design with the white trim on the sleeves and white collar. 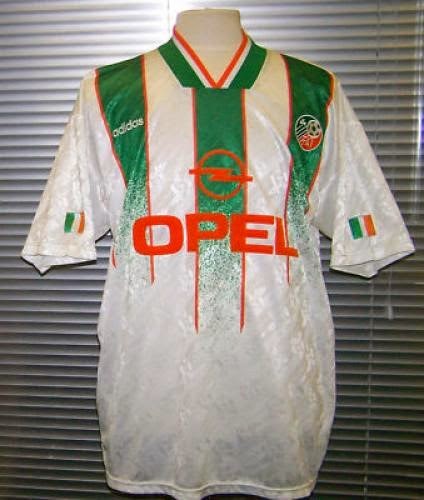 This is a big one! This Irelands away kit from USA ’94 is a spectacular piece from Adidas. A great design if you ask me. The Irish flags on both sleeves, the green stripes fading to a V on the stomach of the shirt with the orange pin striping- PURE CLASS! And with a great collar design as well. Oh, and lets not forget that if your wearing this shirt you can re-create this moment of world cup greatness: 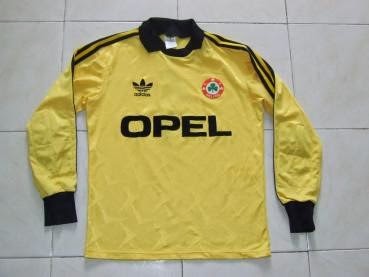 What can I say about this jersey? Worn by THE GREATEST goalkeeper of all time (in my opinion) Packie Bonner. The 6ft 2in beast from Co. Donegal spent his entire senior career at Celtic (20 seasons) in the Scottish Premier League, in which he helped them win 4 Scottish titles (and he made it on to a postage stamp). This is also the only time I have ever liked a yellow kit. Bonner became the Republic of Ireland's most capped goalkeeper with 80 appearances for his country. He held this record until it was surpassed in 2007 by fellow Donegal native Shay Given, who by the end of 2011 had achieved 120 caps. Bonner remains a cultural icon in Ireland for his role in some of the most memorable moments in Irish sporting history, including the win over England at Euro 88, the draws with England and the Netherlands at Italy 90, and of course, the penalty save that sent Ireland to the quarter-finals of the World Cup for the first and to date, the only time. Now who could hate on that? 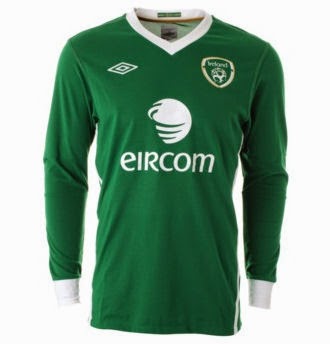 The home kit worn between 2010 and 2012 is another impressive simple Umbro design. Nothing special really happened for while wearing this kit, other than failure to qualify for more competitions. I personally just love it and think that it is definitely in my top 10 jerseys of all time. I do prefer the version with the 3Mobile logo or no logo at all better than this one. The simple touch of the white stripes on the side is great. 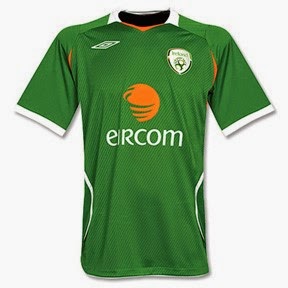 I was delighted when this jersey was released; with this home kit for 2008/09 Umbro smashed it out of the park once again! (that’s right, a baseball analogy for a footy piece). The template was used on hundreds of jerseys and I loved it. I know people get upset about the lack of imagination some brands have when designing jerseys (I personally don’t think Nike have designed a jersey in years they’re almost always the same) but it is once again Umbro who are the champions of detail. The white and orange on the sides of the stomach and chest is fantastic! The white and orange collar…beautiful! 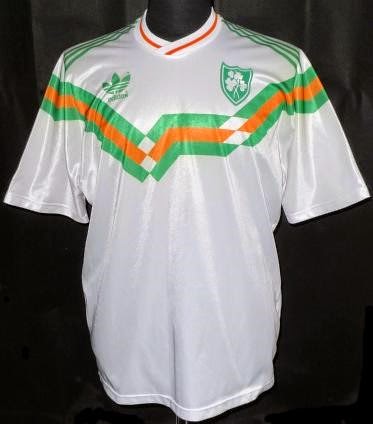 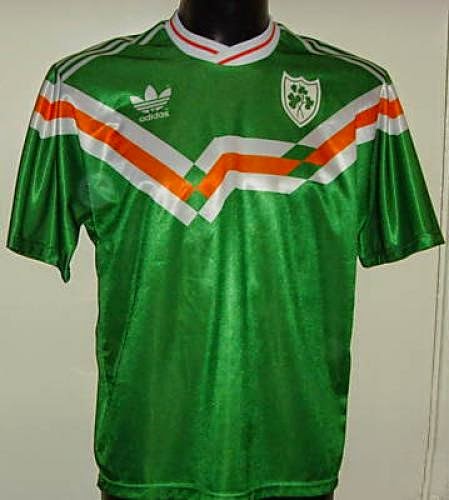 These jerseys were never actually released. Adidas made them as a sample for Ireland, using the very popular template that was made famous for being on Liverpool and Germanys jerseys at the time. They are also the last jerseys to feature the shield and 4 shamrocks crest on the chest.