Mid-Week Rants: 10 Things I Hate About Football At the Moment

Every week we take a moment to let out our frustrations on things that are currently bothering us in the football world. Today, I'm airing out my grievances on a wide range of things that I currently despise in the modern game. 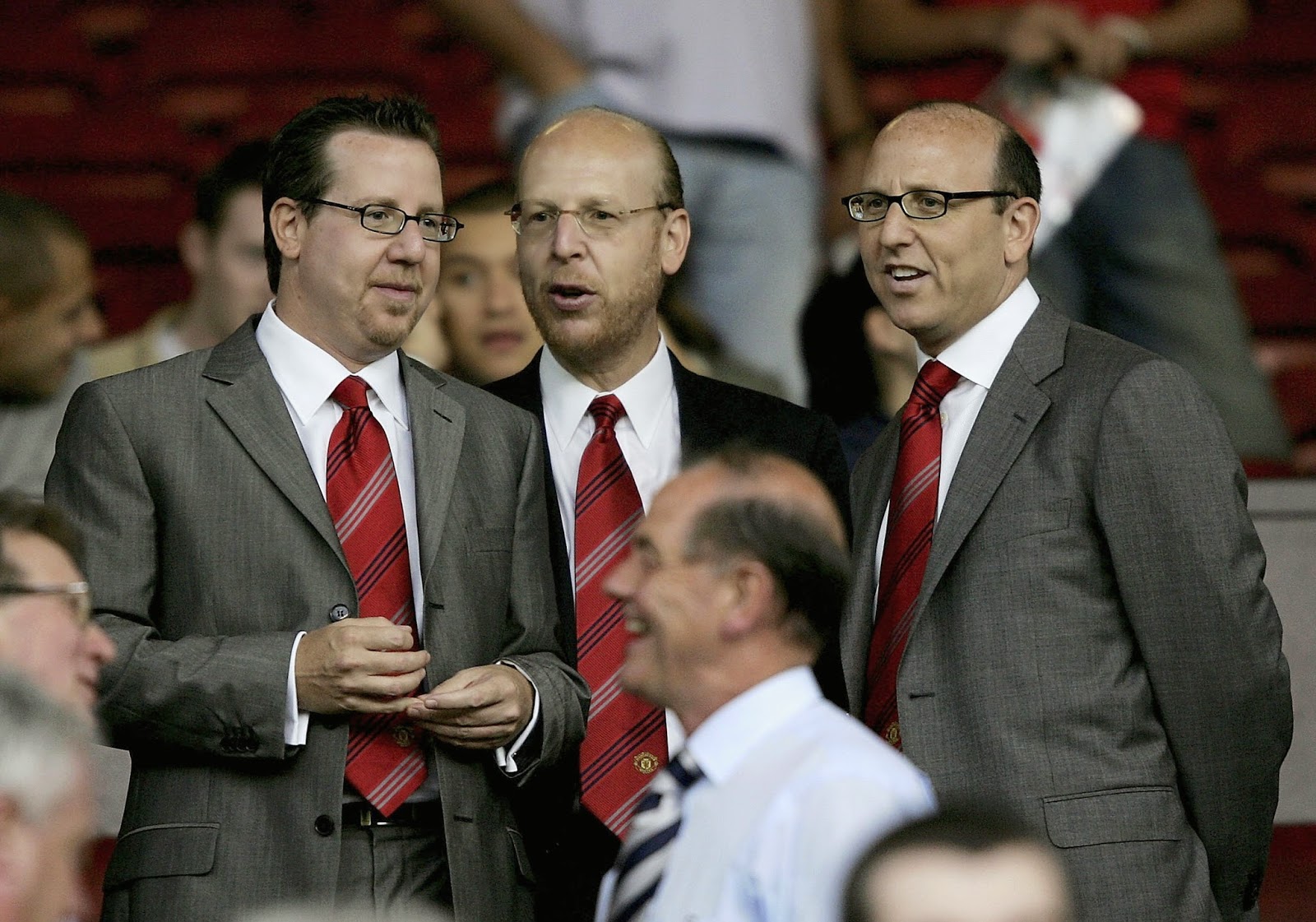 The advent of obscenely rich owners or stockmarket cowboys buying clubs has screwed up the, relative, competitive balance of several leagues in Europe and one has to wonder what will happen to their clubs if/when these people pull out. The worst of the lot, with all due respect to the recently departed Malcolm, are the vile Glazer Family who piled a crippling amount of debt onto Manchester United, a formerly debt free club, through a leveraged purchase where they borrowed heavily against the club. Even their ugly faces piss me off when I see them on TV. The move that highlights their tenure is that, for a huge profit, United sold Cristiano Ronaldo and replaced him with Antonio "One Trick" Valencia and Michael "Sodding" Owen. They even gave Owen the famous number seven shirt to really shit on United fans faces. OK, that was probably Fergie, but still... 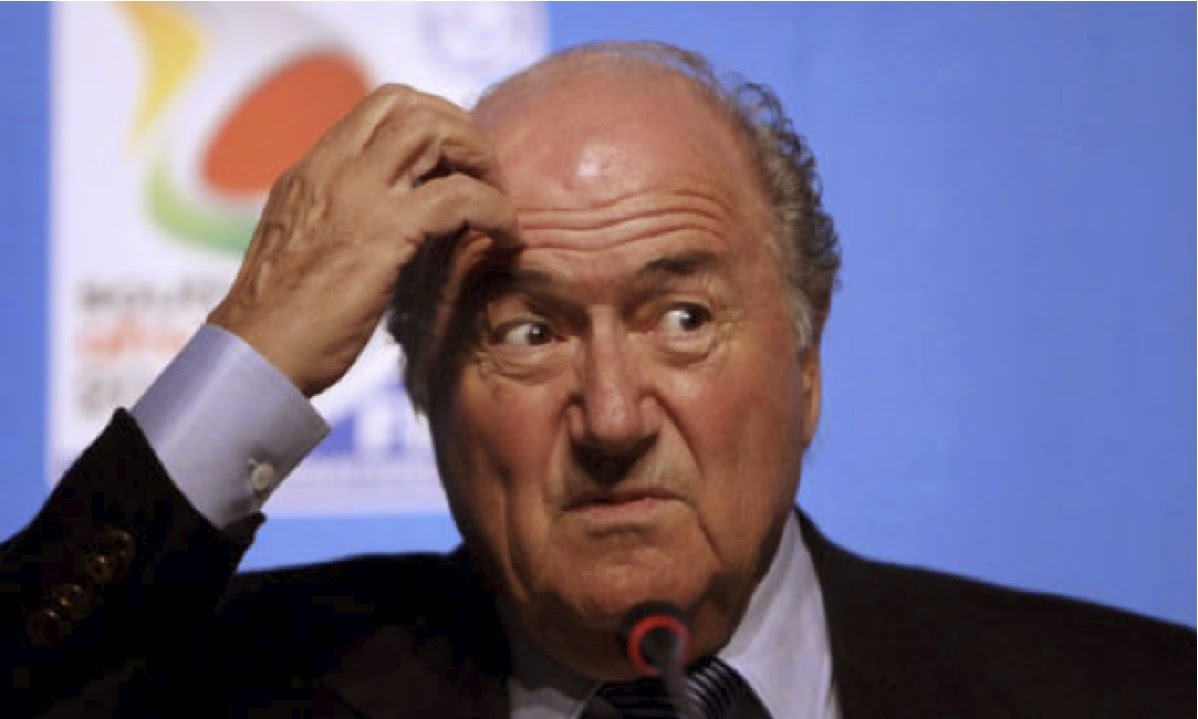 This blabbering, dodgy as hell nincompoop may have made FIFA a pile of money, but under his watch we've had one corruption scandal after another, enough stupid statements to fill a Stephen King novel and an upcoming World Cup in Qatar. The former President of The Society of Friends of Suspenders, an organisation which tried to stop women replacing suspender belts with pantyhose, is a skid mark on the pristine, David Beckham endorsed, underpants of the game. 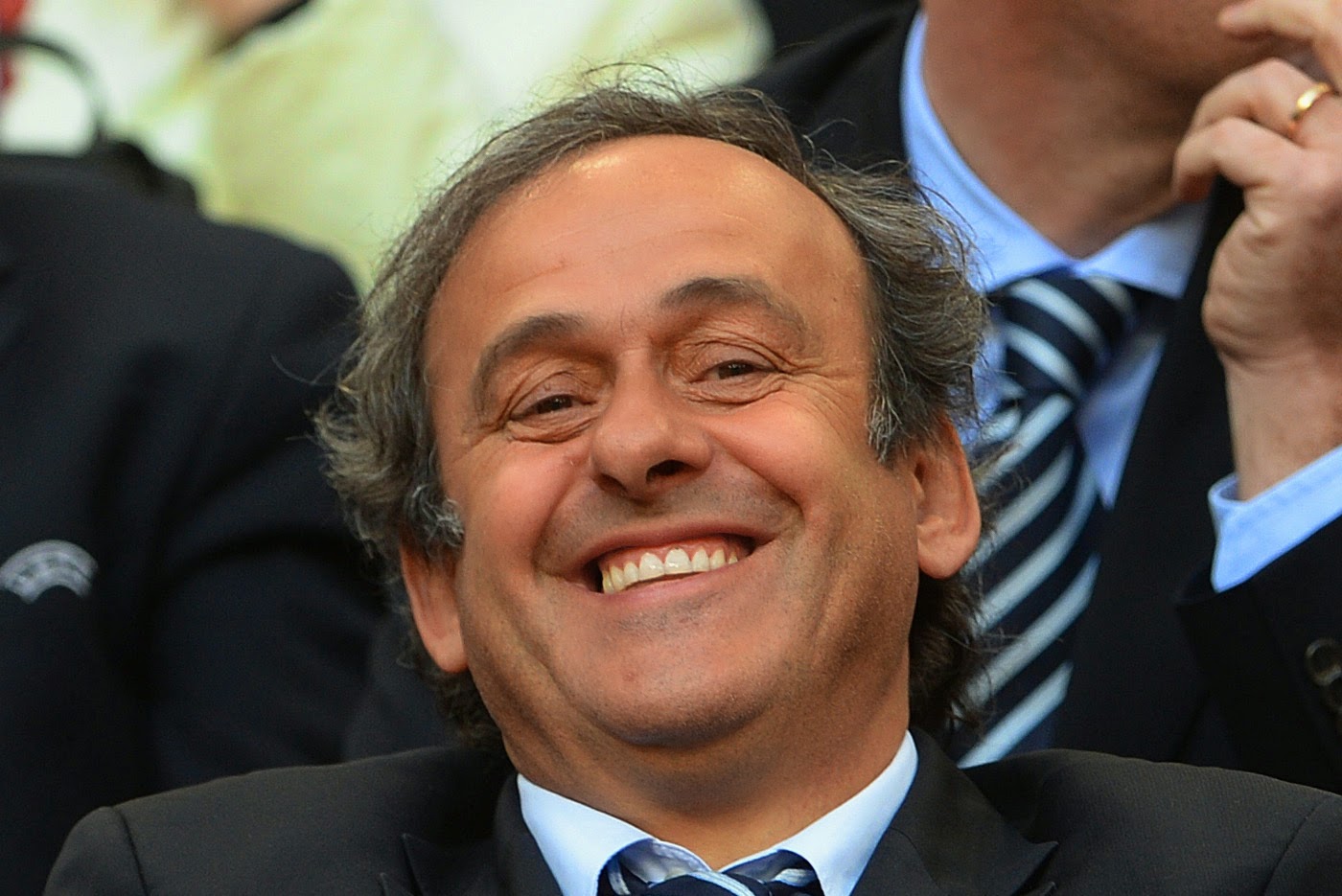 When Platini came into office I was quite excited as I thought, "here is a man who played the game at the highest level, he will want to make positive changes." Oh how I was wrong. The English club hating, want to be politician, has already set about ruining the great European Championships (More on that later), was one of idiots that got behind the Qatar World Cup bid, and has done nothing to stamp out racist incidents across Europe despite having numerous opportunities to do so. 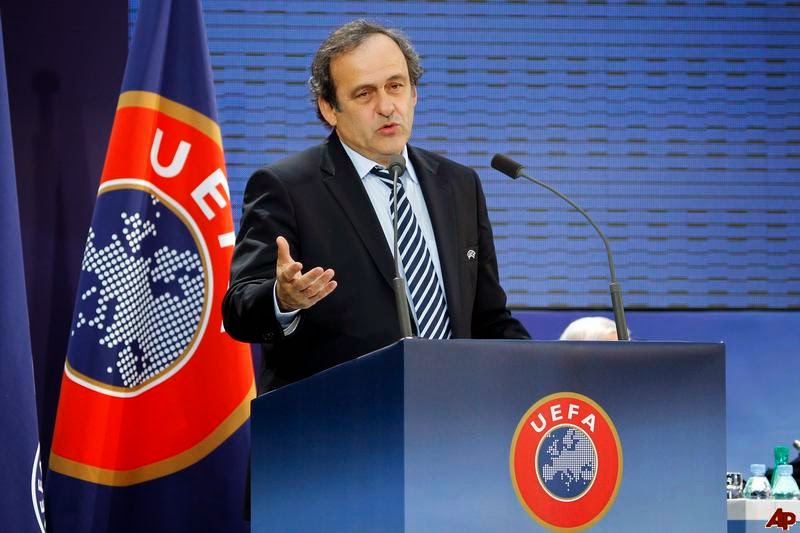 As much as I love the World Cup, let's face it the better overall standard of football is played at the Euros. Sure, we're missing Brazil, Argentina and a few other decent countries, but in the 16 team battle for the Henri Delaunay trophy, there are no glaringly weak sides. In a move motivated by nothing other than money, Platini and the douchebags at UEFA decided to dilute this great tournament by increasing it to 24 teams. This creates an imbalance leading into the knockout stage which will necessitate group winners, runner ups and the best third place sides going through. I don't know if you can remember back to when the World Cup had 24 teams, but there were sides who got past the first round with 3 points. That's right, 3 points! So three dull draws or a win and two losses could see you into the round of 16. Nice one Platini, you  dunce. 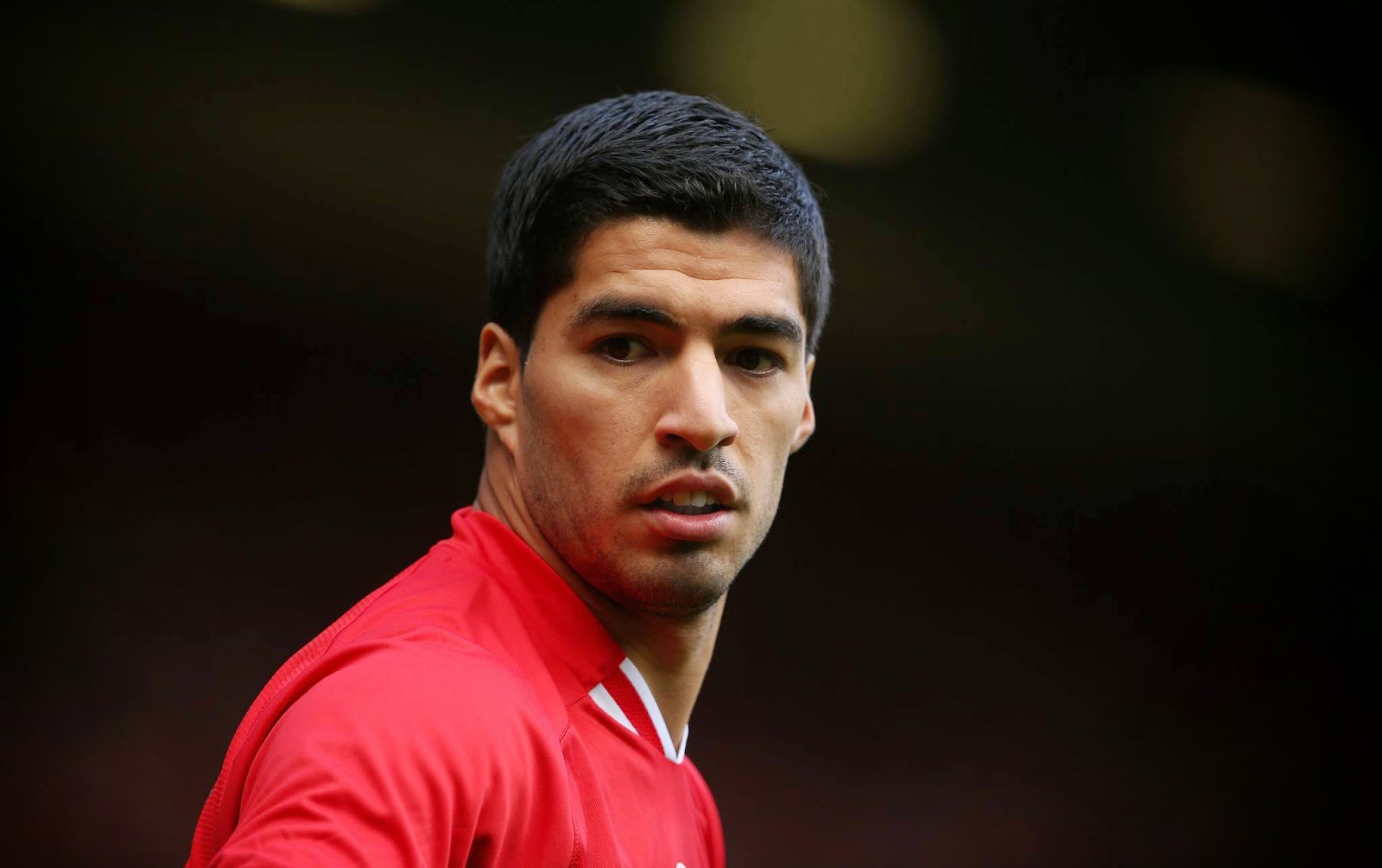 According to some sections of the media and FWA Chairman Andy Dunn, the player biting, diving, and racist striker has been redeemed because he scored a bunch a goals this year. I'm sorry Andy, but you can fuck right off. He still hasn't apologized for racially abusing Patrice Evra and him having a great season in front of goal doesn't make him redeemed. 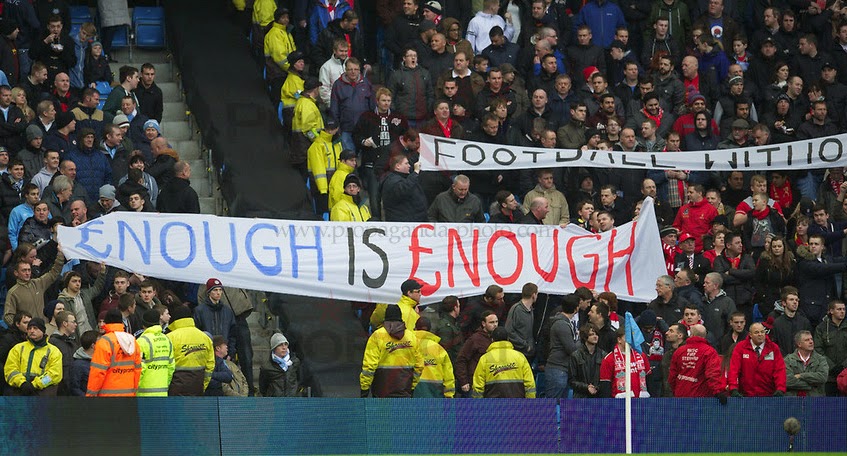 The average cost of single match tickets in the English Premier League is now at an eye watering £59 (Approximately $99 US). Arsenal are the worst culprits at a staggering £126 for an average match ticket. Typical middle and working class fans are being priced out of the stadium. Even in Toronto, Canada season ticket prices had reached a point where they were costlier than Manchester United's. Considering that the MLS, despite its great strides, isn't on par with the EPL and the fact that Toronto FC is the worst team in league history, this was a castostrophic joke. Fortunately, ownership saw sense and brought the prices down. A few clubs in England should consider doing the same.

7) Surging Costs of Soccer on Cable

With the rise in popularity of football in North America, certain cable providers have followed their European counterparts and started to really take the piss. Besides matches that we can already see on basic digital cable, I have to fork out an extra $17 a month for Sportsnet World to see the majority of the higher profile matches from England. If I want to watch Serie A and La Liga, it means shelling out another $20 a month for Bein Sports. It's ridiculous. 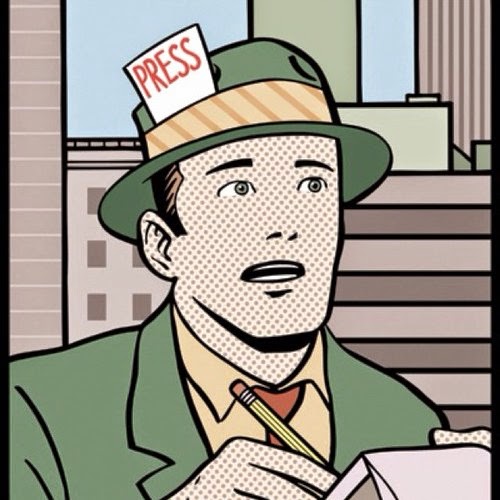 Here's a message to these idiots: "If a player has signed for someone, report it. If there's a rumour someone might be going somewhere, report on it and make it clear that it's just a rumour. But please stop reporting false transfers... It just breaks my heart, when it turns out to be all lies. :'(" 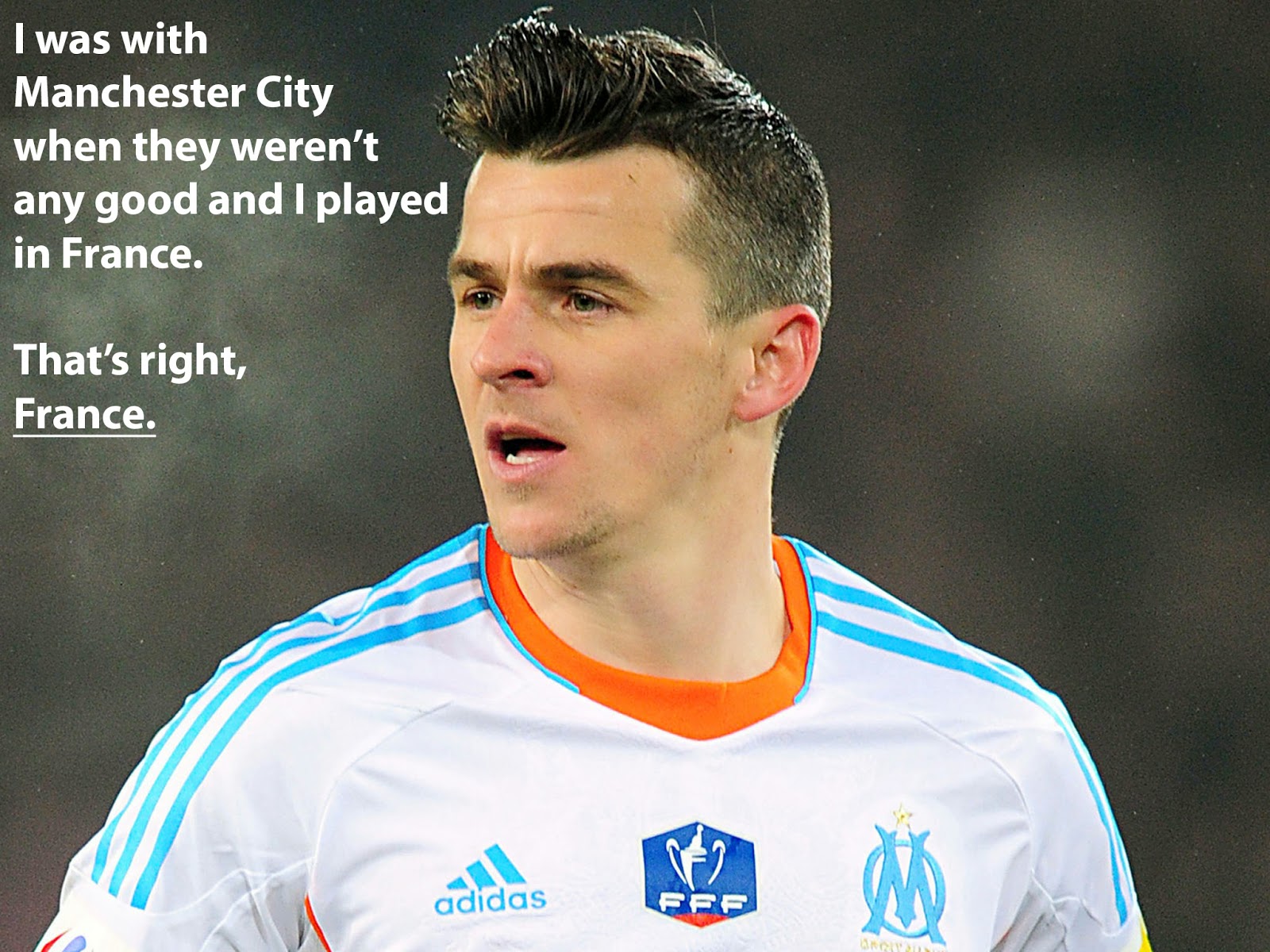 Last year it was Borussia Dortmund, this year it's been Atletico Madrid, but you all better hold onto your hats as the World Cup is coming. Everyone will pick a team to get behind that they have no obvious connection to. It'll be either one of the favourites, like Spain or Brazil, or it'll be some plucky minnows that benefited from the French team suffering their traditional implosion. The World Cup is also the moment when people whose football knowledge you could summarize on the back of a postage stamp become frigging experts. I remember a guy saying to me part way through the 1998 World Cup that Roberto Baggio was going to transfer to the French National Side after the tournament and he goddamn meant it. I nearly slapped him.

Using Photoshop to create clever football related imagery, like building a hotel over an ancient native burial ground, is a prime example of just because you can do something, doesn't mean you should do it. Don't get me wrong, I like football and encourage people to be creative in life, but the amount of silly football memes this season, like the spawning of the Kardashian clan, has reached critical mass. People need to stop.
SHARE SHARE SHARE