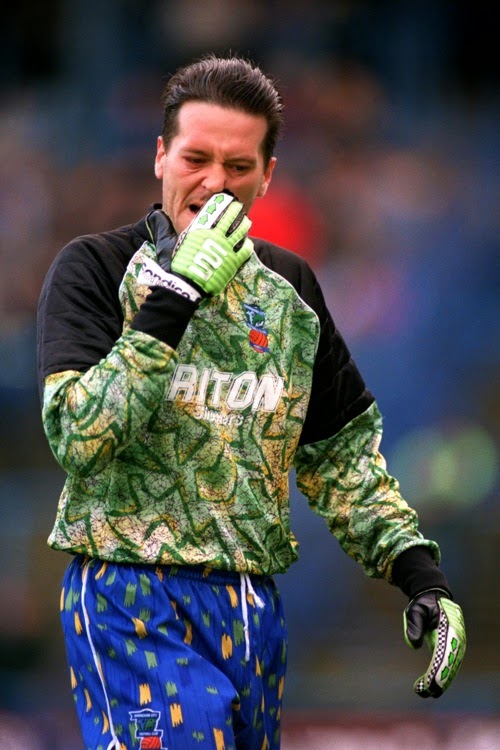 Even if their club's new kit looks as if it's been designed by a colour blind, methamphetamine addicted chimpanzee with arthritis, some fans simply must have it on their backs for the new season.

Earlier this month, we looked at 10 stunningly awful kits but there has been far too many crimes against football fashion to restrict ourselves to one article, so feast your eyes on another ghastly display.

Pour two shots of cheap rum into a large glass, then add two cups of orange juice, a half cup of pineapple juice, a dash of grenadine, chug it back quickly and then violently vomit onto your t-shirt. The resulting mess will be Barcelona's away kit from 2012/2013. 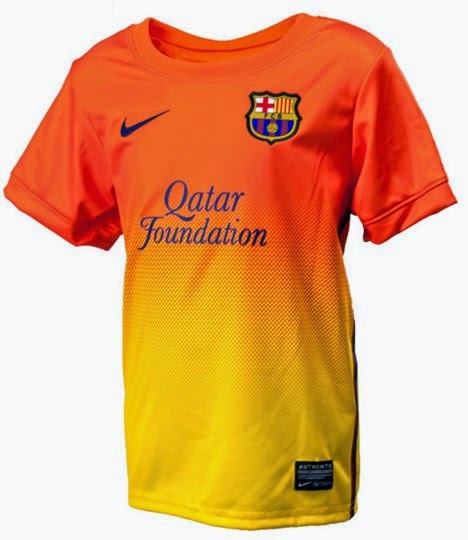 This little number looks like a shirt worn by a very large and sweaty man, who is heavily sunburned, smells suspiciously like urine, and is stood at a bar in Cancun right now trying out his laughable attempts at Spanish on a disinterested bartender. 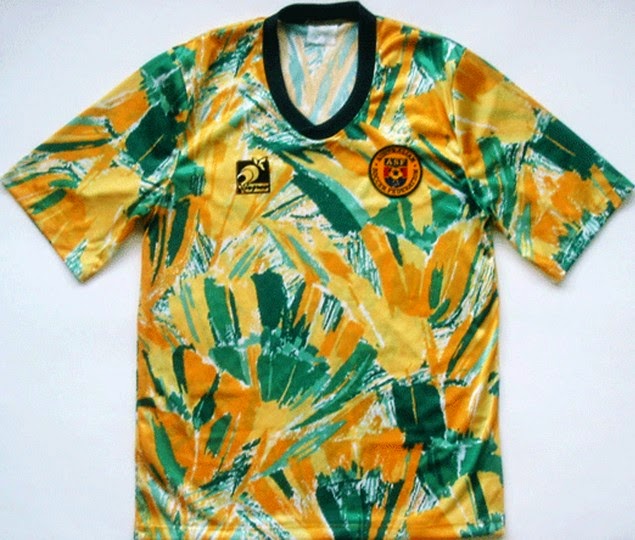 When you can't decide between two potential designs for a kit, slapping the two together is never the answer. It looks as if they couldn't commit to a full rainbow kit, so they decided to play it safe by having the one side a nice conservative blue. Whatever way you look at it, it's a disaster. 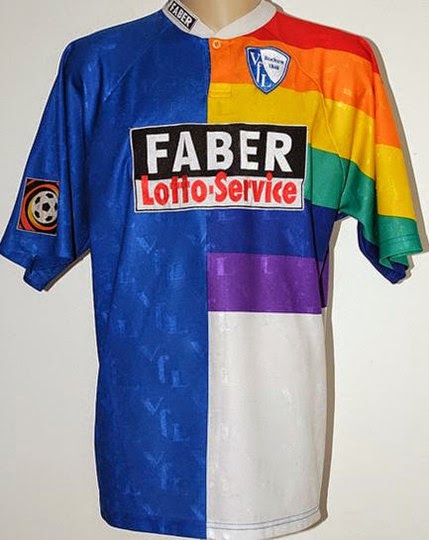 \This combination of grey and purple by the South Yorkshire club looks more suitable in a roller derby rink than on a football pitch. Considering that this kit was brought out during the era of 1980's short-shorts, this kit could also work if worn by waitresses at a hipster diner that's trying too damn hard. 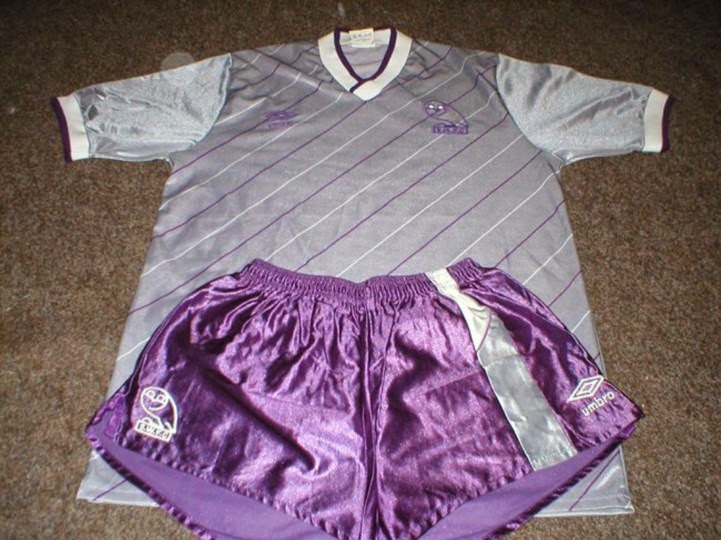 This Birmingham City beauty from the early '90s looks like either a shower curtain from The Dollar Store, a seven year old kids pajamas's from Old Navy, or some well worn carpet at a bus terminal. Whatever you think it looks like though, I think we can all agree that it's shit. 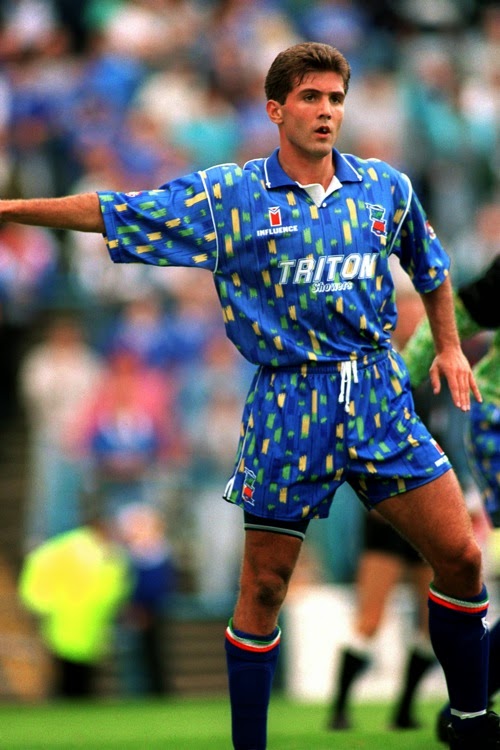 Actor Sean Bean's favourite club sported kits that looked like the backs of playing cards back in the early '90s, as they unleashed the diamond kit on an unsuspecting football world. Instead of going with their traditional, nice vertical red and white stripes, the designer decided to get "artistic" and make a statement about the dangers of gambling on football, or some other pretentious crap. 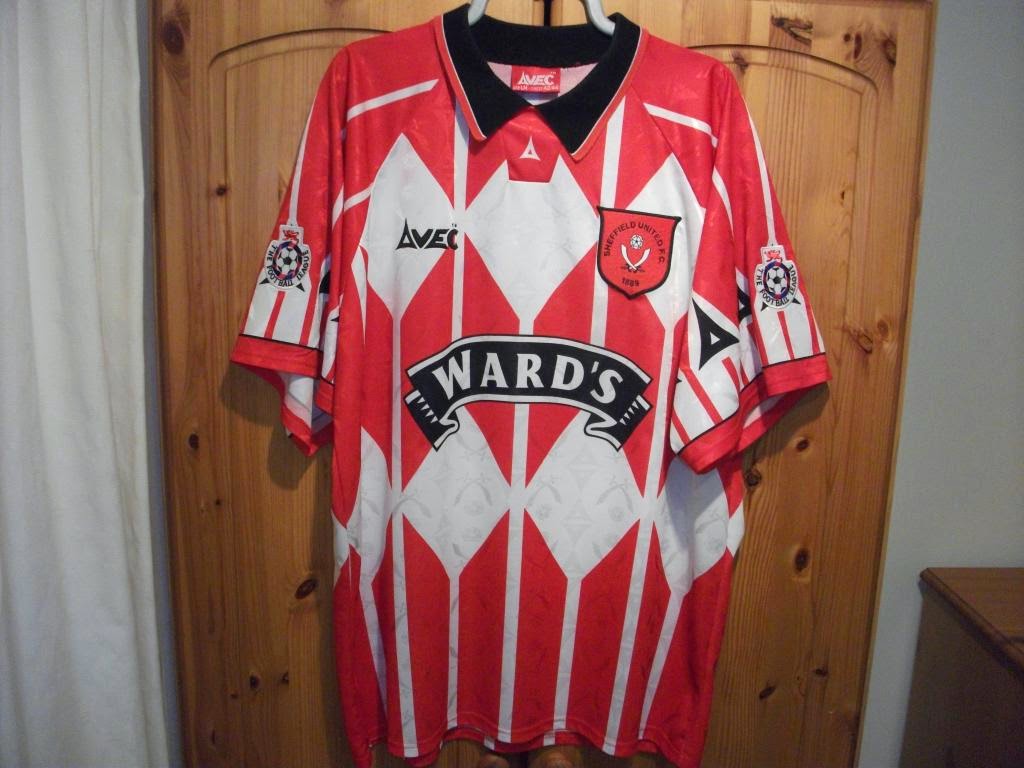 One of two things happened with this kit, either the Cork City's laundry service mixed up the reds and the whites, or an angry flock of Hitchcockian birds shit all over the Cork City players as they stepped onto the pitch for a big cup tie and the referee didn't allow them to change. 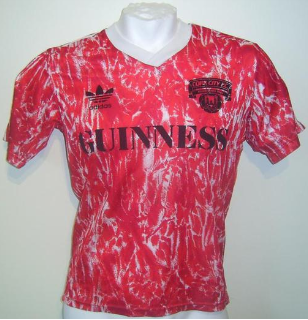 Manchester United's infamous grey away kit, that was so awful that the players changed out of it after a stormy first half at the old Dell in Southampton. A kit that looks like the physical education uniform at a posh private school populated by snotty, overprivileged sociopaths, was claimed to blend into the crowd by the United players. It quickly blended in with the rest of the crap in bargain bins after only a single, sporadic season of use. 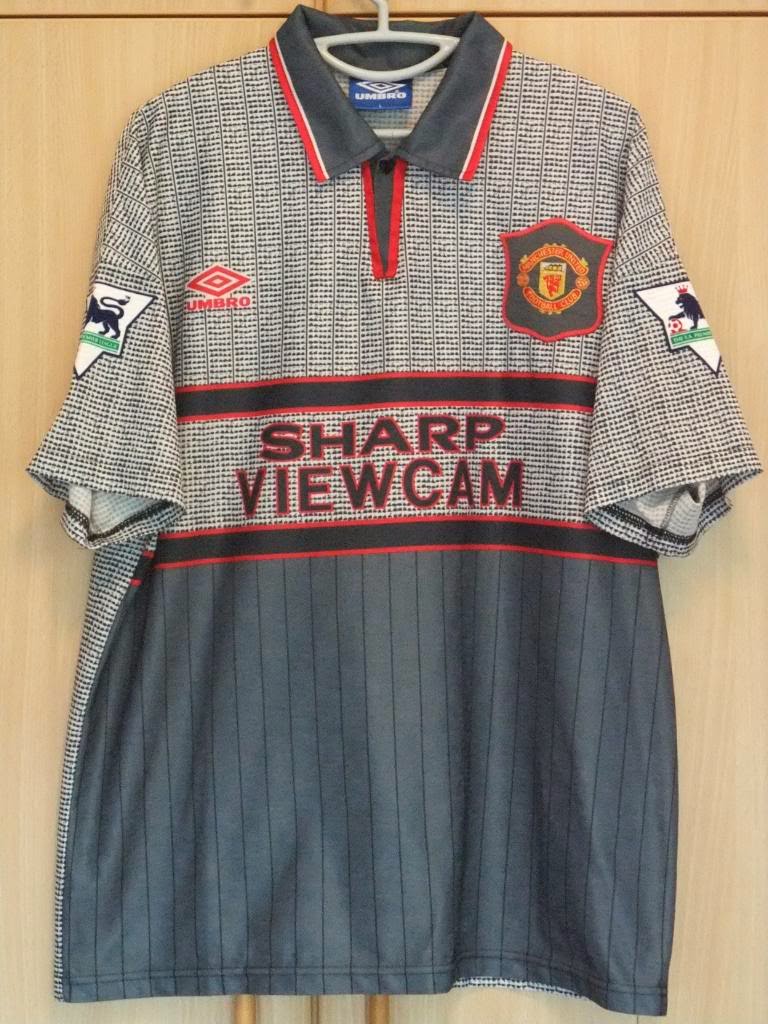 Eccentric Mexican keeper Jorge Campos used to design his own goalkeeping kits and it really shows with this shocking effort. Umbro should have had the balls to tell him to stick to his day job, as this kit would look more at home in a Z-Grade '80's Sci-Fi action flick starring Shannon Tweed and Roddy Piper. 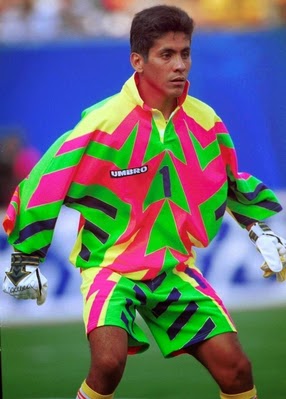 I'm not sure if this is simply a kit that can double up as a tartan table cloth or if it's an homage to the flickering embers of the plaid wearing Seattle grunge scene. The lumber jacks kit of choice would probably be huge with hipsters at the moment, so if you have one of these laying around somewhere, get this shit on eBay, ASAP! 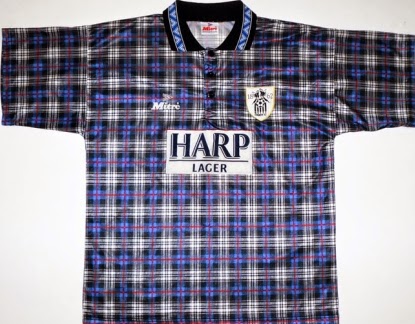