Today we will be looking at the top 5 forwards to keep our eyes on during this World Cup in Brazil. 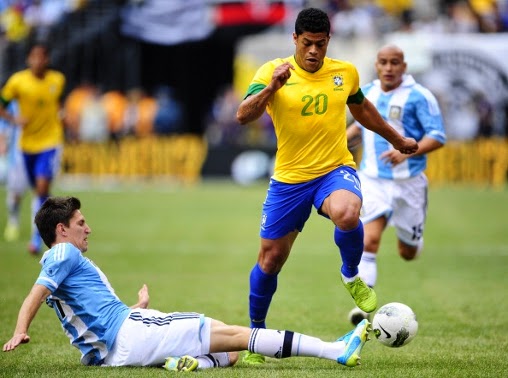 This list is not in any necessary order, i am not looking at ranking the players, but rather narrow down what i expect will be the top 5 forwards of this tournament.

Cavani is one of the greatest strikers in the world. He was in the shadow of Ibrahimovic this season at PSG, but in this World Cup and with the doubts surrounding Luis Suarez and his ability to play at the tournament i believe the weight of scoring goals will fall on his shoulders. Cavani will thrive under that pressure and will have a magnificent World Cup, i believe he will win the Golden Boot.

When we think of Colombian strikers we normally don't think of Jackson Martinez. Falcao's injury will move Martinez to the forefront of the national team, and will force him to have a much larger role within the team than what he is used to have. Coming from a great individual season at FC Porto, where he won the golden boot for being the leading scorer, Jackson will want to continue his scoring streak at the World Cup and perhaps dream of bigger flights during this summer's transfer market.

Everybody looks at Brazil and sees Neymar leading their attack, while i believe Neymar will be a huge part of the Brazilian national team, i see Hulk having an equal tournament and helping Neymar take this Brazilian team to the final. Hulk had an incredible season with Zenit, and his long distance range will be very helpful against teams that will have more defensive strategies against the heavy favorite Brazil. The Croatian international lead his Bayern Munich side with 21 goals this season, and that hot form should continue in the World Cup. In a group with Brazil Mario's goal prowess will be needed for them to finish 2nd in the group. I expect most of his goals to come in the group stages since i don't see them advancing too far. 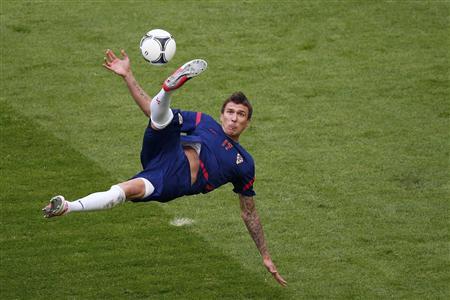 In what will be his last World Cup, Klose has a great opportunity to surpass Gerd Muller as Germany Best World Cup scorer. He is currently tie with Muller and i am sure he is looking at this tournament not only as his last chance at winning a trophy with Germany but also pass Muller and become the all time leader. His inclusion in the team was a surprise, not for the season he had at Lazio but for his age, but when Mario Gomez was kept off the list, his importance to the team became visible. If Germany is do advance into a semi final or final they will need Klose to score goals, and that is something he knows how to do.